Dialling up nostalgia to the max, this heartfelt pre-teen PG-13 Superbad is a whole lot of fun 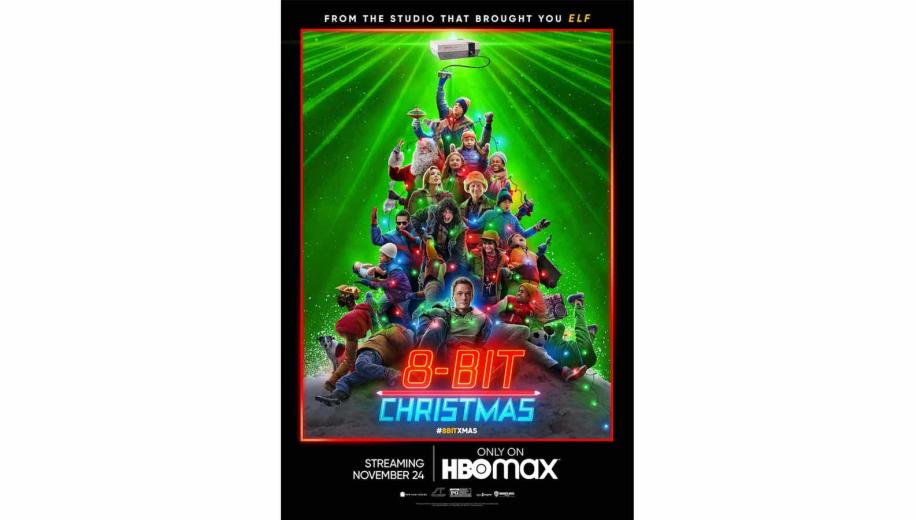 Cleverly pitched as 'from the Studio that brought you Elf', 8-Bit Christmas is a fun new festive flick to kick-start the holiday season with.

Actually, a lot less like Elf and a lot more like a PG-13 (or 12), pre-teen, version of Superbad, this latest feature from director Michael Dowse - whose Stuber and Coffee & Kareem might have been a little hit and miss, but is heading up the film adaptation of the videogame Just Cause next - is a perfect start to December, available in 4KDV now for those who can't wait, or for Sky customers, in considerably less than 4K, this coming weekend.

... a kind of live-action Toy Story feel, with plenty of in-jokes that will fly over the heads of younger audiences

Taking his teen daughter to see her grandmother, and prying her away from a mobile phone screen for 45 seconds, Jack Doyle decides to unravel one of the most prized possessions of his youth: a Nintendo console, choosing to recount the great lengths he and his friends went to, back in the 80s, in an attempt to obtain this rarest of Christmas gifts.

8-Bit Christmas is coming to Sky in whatever-eighty-P for those without Sky Boost, or 1080p HD for those who pay the extra, for this very first weekend of December, but it's actually already available now for under a tenner in 4K Dolby Vision, and - despite not being an obvious candidate - it actually looks pretty impressive in 4KDV, with superb clarity, rich black levels and some tremendously nostalgic 80's neon tones, particularly in the latter half. For those who can't wait, at least you know the picture quality is going to be considerably better than the Sky variant.

... there are few - if any - new Christmas movies that would be a better way to kick-start the season

Although, on the face of it, the film seems to trade in pure nostalgia, there is a great - heartwarming - family adventure at the core here, with plenty of relatable riffs for adults as well as family-friendly tension for the younger audience members (and it hardly plays for the upper end of the 12A rating - there aren't Black Widow levels of swearing here, or anything particularly offensive for younger viewers). 8-Bit Christmas is superbly told, literally recounted by an on-point Neil Patrick Harris (How I Met Your Mother), but brought to life by a group of relatively unknown but perfectly chosen child actors, excellently introduced, and warmly coming together as a suitably fun band of authentic misfits.

The parental beats - the notions about the violence and effect of videogames on youth, the clever ways that kids can play their parents, and the embarrassing things that most kids can relate to (that piece of terrible clothing faux pas that your parents make you wear which you never live down at school) - are absolute gold, but 8-Bit is equally happy to go wild with the surreal older kid who bats away the others like flies, or the spoiled psycho brat who attracts - and toys with - an entourage purely thanks to the things he has that nobody else does.

The 97 minute runtime ensures keen pacing, and the jokes almost all land - which is rare really in a movie that is designed for a family audience - producing a kind of live-action Toy Story feel of adventure and plight at times, with plenty of in-jokes that will fly over the heads of younger audiences who are still wowing at the visual gags and ridiculous situations. And, just to seal the bargain, there's a really wonderful heart beating beneath the surface, earning a truly effective tug at the heartstrings in the final act, gifting it a resonance which is arguably beyond what you might normally expect from this kind of fare. Really, there are few - if any - new Christmas movies that would be a better way to kick-start the season with.

8-Bit Christmas is available on Digital in 4K Dolby Vision now, and in HD on Sky/NowTV from 4th December 2021.