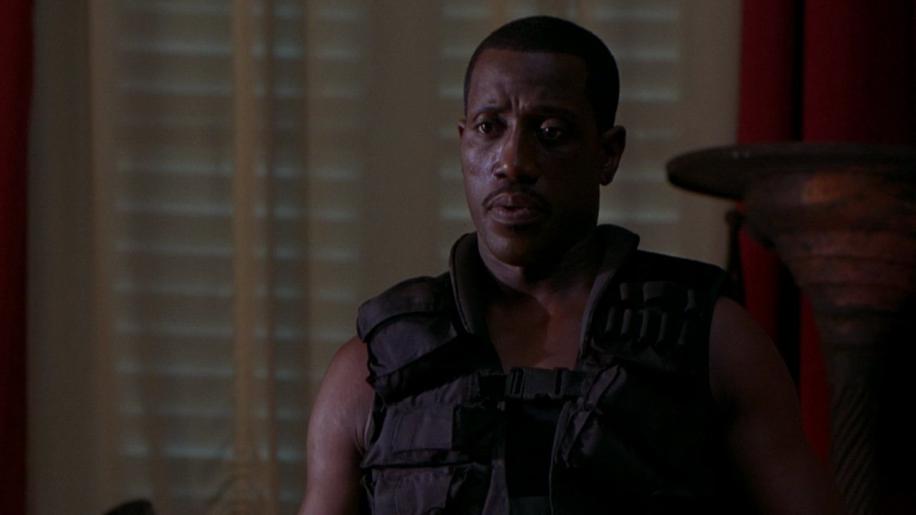 The latest actor to join the ‘Sony straight to DVD movie club’ is Blade himself, Wesley Snipes. Following on from last year’s Unstoppable, Snipes has travelled to Eastern Europe again to make another direct to DVD action B movie. This time he is joined by Ian Beale’s ex wife on Eastenders, Tamzin Outhwaite playing a British Military Police Sergeant.
Jack Tolliver is a disgraced Delta Force Commando making his way through Europe by completing daring heists. His planned heist on a series of casinos goes spectacularly wrong and his squad are killed. Hijacking the car of a British Military Police Sergeant, he makes his getaway. Captured by the local gangland boss and his henchman, Tolliver must escape to get hold of some valuable merchandise he has stored away in a locker. Meanwhile, the local police and NATO officials are trying to find Tolliver as well and get to the bottom of the murdered robbers and why they were all ex army and Special Forces.

Having an ex-Eastenders actress in the cast worried me greatly. There is no doubt that Tamzin Outhwaite is a pretty good actress (Red Cap on BBC1 isn’t bad) but I thought she might have been out of her depth opposite a real heavyweight action star like Snipes. Don’t worry she shares about four scenes with Snipes and two of them are a car chase, so you really don’t get to see them square off at each other. To be fair, Outhwaite holds her own in what is a relatively bad action film. Her character is a stereotypical English soldier who calls Snipes a Sh*tbag and calls people, wan**ers!! Is this the only swearwords, scriptwriters think English people know? She looks good in the action sequences and carries a gun well but the script is so predictable you just don’t care. The supporting acting is simply abysmal with a selection of bad Eurotrash villains on display. Plus points are the excellent production values and two very good car chases. Snipes is just awful, he is on autopilot for the whole movie. Where is the Wesley Snipes of Passenger 57 and Blade? He certainly isn’t here in 7 Seconds. Sony have done well lately with Steven Seagal’s Submerged and Van Damme’s Wake of Death. Let’s hope that Snipes’ next film ‘The Marksman’ is a lot better. Come on Mr. Snipes don’t let us down.