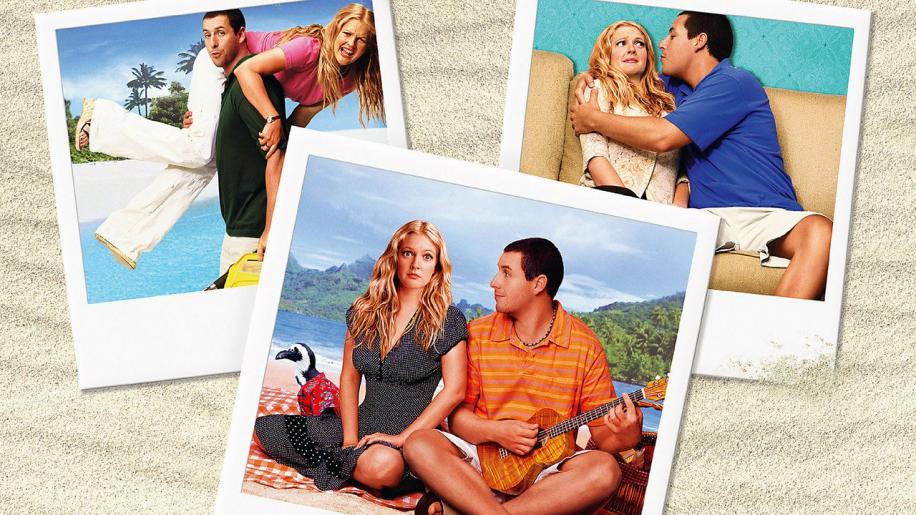 50 First Dates welcomes the return to form of Adam Sandler as he reunites with “Wedding Singer” partner Drew Barrymore for this romantic comedy. Set in Hawaii, Sandler plays Henry Ross, a marine vet who is also a bit of a ladies man. He spends his days treating female tourists to the best Holiday they have ever had, until one day he meets Lucy Whitmore (Drew Barrymore) at a local diner. The two strike up a conversation and agree to meet the following day, but when Henry appears next morning, Lucy throws his advances straight back saying she doesn't know who he is. The diner owner finally tells Henry that Lucy lost her short term memory in an accident last year, and she cannot remember anything or anybody she meets. Soon Henry finds out more from Lucy's over-protective brother (Sean Astin) and father (Blake Clark) and he must come up with a way to make sure she never forgets him again.

The movie is a welcome return for Sandler and his usual supporting cast as they tell a heart warming story full of his trade mark humour. The chemistry between Sandler and Barrymore is excellent and they again make the perfect comedy pairing since their last outing together in the Wedding Singer. The story has plot holes and some of the jokes may fall a little flat, but overall the movies heart and comedy wins you over and the ending is not your usual Hollywood type either. Recommended.