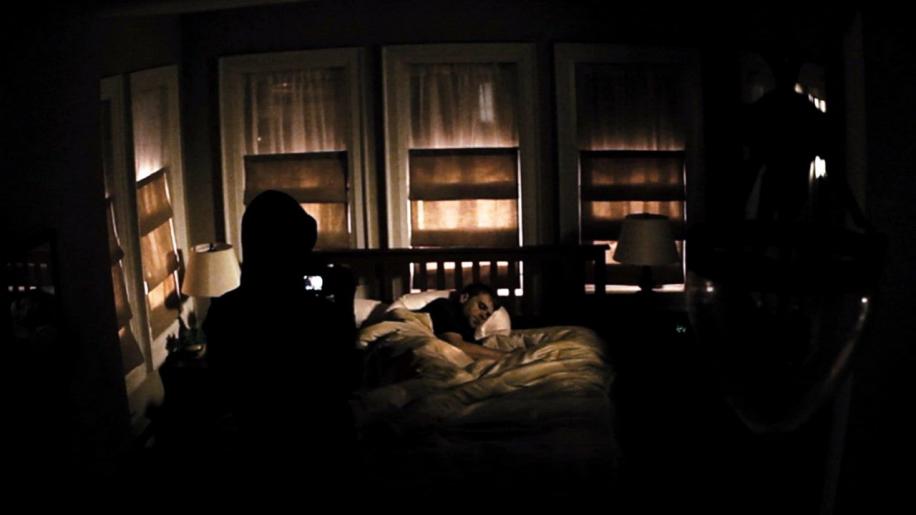 The idea of showing everything from the bad-guy's perspective is not a new one. It first found success way back in 1960 with Michael Powell and Leo Marks’ controversial and massively divisive Peeping Tom. It confused and disturbed audiences that they should see all of these horrible things happen from a perspective that they simply could not relate to, and eventually led to the movies demise, and ultimate failure to be the success it should have been. Though Peeping Tom may seem tame by today’s standards, it pioneered the docu-style, voyeuristic approach to cinema, which has since gone on to find huge success with modern audiences.

That being said, the worst thing that can happen to a favourite film genre is absolute saturation. A flood of bandwagon-jumping titles tripping over each other to get your attention, each failing to hit the mark set by the films that you fell in love with, and that originally set the genre alight. Such is the case with “found-footage” cinema.

Like it or not, you cannot deny The Blair Witch Project took the ideas pioneered in Peeping Tom that necessary step further. It not only demonstrated that you didn't need a big cast, a big crew and millions of dollars to make a successful movie, but also showed that psychological horror could still make you feel unquestionably unsettled in your seat. Though the movie was and remains divisive to this day, it sparked a huge influx of “handy-cam” style movies, and we're seeing the tail end of these litter the genre even today, some 13 years later.

Sadly, 388 Arletta Avenue is most certainly one of these movies still desperately peddling beaten up old ideas. Sure, the idea has been modernized and brought up to date; given a new set of shoes if you like, but it's mostly just aesthetics covering up the heavy bruising sustained by the genre over the years. It feels tired, and it feels desperate to please. So obvious is it's desire to shock you, that it becomes genuinely frustrating, and tiresomely droll to watch.

The story follows a young couple, James (Nick Stahl) and Amy (Mia Kirshner), living in their run-of-the-mill suburban home. Life seems relatively straight forward, and together they lead an uninteresting and arguably plain life. They have a cat, they go running together, they argue.

Things look set to continue along this life-path of the mundane until a silent stalker begins to play with their otherwise uneventful lives. First it's small things that cause friction between the couple - A CD turns up in the car inexplicably, leading to confusion and some finger pointing, which in turn leads to unwelcome accusations of forgetfulness. Slowly cracks begin to show in the couple's relationship. Unbeknownst to them, it's all being orchestrated by a stalker.

The strain on the couple grows when their cat is replaced with a more aggressive doppelganger and climaxes when Amy disappears after an argument with James. Tormented by these strange goings on James calls in the police. Unfortunately, Amy has not been gone long enough for her to be considered a missing person, and the police are unable to verify James's claims that his cat has been replaced. Frustration and worry are the order of the day for the young and ambitious advertising wiz-kid, as we watch his situation deteriorate to breaking point. When his cat's head shows up on his doorstep, it becomes obvious to James that he is a puppet in some sick game. Desperate and alone, and fearful for his wife's safety, he begins to fight back. We watch everything through the eyes of the stalker as James struggles to figure out who is toying with his life.

Besides the found-footage genre being far too saturated to generate much excitement, one of the glaring issues with this movie is that we are viewing everything from the stalker's perspective. It’s as a result of this that we're kept completely in the dark as to his intentions from start to finish. Whilst this may have been intentional, first time director and writer Randall Cole fails to recognize that without knowing what the stalker intends it's quite difficult to swallow the frustration of what we're seeing. It's James's confusion, staring at a computer screen. It's watching James drive around in his car looking worried, it's watching him walk from room to room, pacing and looking puzzled and scared. It's boring.

Secondly, only seeing James through hidden cameras leaves some of his relationships utterly bewildering. His wife's sister, for example, for some reason that completely evades us doesn't trust him at all, and almost immediately after his wife's disappearance, she begins to hurl accusations, as if to suggest that she believes that James killed her. Why should I invest in this relationship as the audience when I have no substance on which to base any judgement about whether this mistrust is warranted or not? No back-story, no hints, nothing. I'm just supposed to go along with this and act natural. It's almost cheeky to expect audiences to buy into this, and it feels lazy to just hope we will. I accept that choosing to show everything from the hidden cameras of a stalker somewhat limits your ability to deliver back-story, but the screenplay should have taken this into account. Sorry, but I need a little more effort from the writing and direction to invest in this relationship, and ultimately it distracted me from the emotion I should have been feeling as a result of the situation the character was in. It seemed daft and pointless, and badly self serving to the movie's purposes.

Nick Stahl, being the predominant cast member throughout, does fit the bill quite well as the young husband slowly climbing a career ladder in advertising. Unfortunately, the character he is portraying just doesn't feel real at all. James' character is very much a vehicle for the audience, showing us what we're supposed to be feeling. Whilst Nick Stahl doesn't do a bad job in the role, it's a very un-challenging one – obvious, predictable and frustrating.

When you choose a genre that's only believable if the characters and setting seem absolutely real, you effectively hamstring your ability to play with the narrative much. What the audience sees absolutely has to be realistic, and genuinely convincing. If it isn't, then the entire premise falls on its backside. Sadly, that's exactly what's happened with 388 Arletta Avenue. It's just not very well written, and not very well directed. Though it's not horrible to watch, and at times offers some vaguely interesting concepts, the delivery of these concepts is amateurish at best. The ideas aren't new, and feel hugely underdeveloped, as does it's characters. It builds up to a tense but entirely predictable finale, and left me feeling unfulfilled, unsatisfied, confused and slightly bitter.