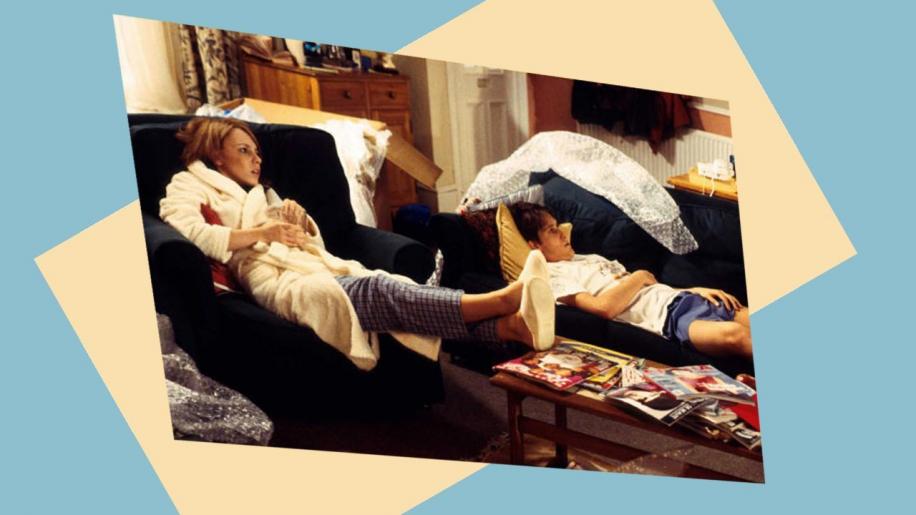 On the surface, the Porters are a normal family, hence the title eluding to the normal family size, yet although the individual members - Ben, the central heating engineer, Bill his wife and catering worker and their two teenage children David and Jenny - are unexceptional, the situations in which the family find themselves are anything but. Bad luck, strange occurrences and poor judgement all conspire to turn the Porters' world upside down. Sit-com wise, the shape of the series is different from the norm focusing on Bill the wife, rather than Ben the husband, portraying her not as the traditional woman-as-wife-and-mother but more as a fully rounded person, unconfined by her family. Originally screened in 1991 and finally ending in 1999, the show was attracting ratings of more than 13 million viewers, which is in the same league as “One Foot in the Grave”, however due to the premature death of Gary Olsen, ensured that the final episode was the millennium special which aired in 1999.

Whilst I enjoy certain sit-coms that air by the BBC (Coupling in particular), I had never watched an episode of this show and now having watched the first season in it's entirety, I now realise I didn't miss anything either. Comedy is very much a personal thing, indeed everyone says they have a sense of humour (even those that don't) and I can see why it was popular and why people could see it as funny, but it didn't float my boat. In fact, for the near 3 hour running time, I didn't laugh, smile or smirk once, mostly because it suffers the same way as, say, Only Fools and Horses - it telegraphs the joke and the punchline. To some people, knowing what's coming and then seeing it is side splitting hilarious, but it just leaves me cold, especially when the punch line isn't that funny either. The characters Bill and Ben are fine and the actors do well with the material given, no qualms there, but there has to be better actors than the two children. I'm not expecting them to be as good as, say Dakota Fanning, but on the other side of the coin, they are just plain terrible. Maybe they got better in subsequent seasons but they just grated on me constantly, it was a struggle not to fast forward or eject the disk. If you're a fan of the series (and apparently there's a lot of them), then you'll get this regardless, but if you prefer your humour less obvious, then maybe watch a repeat on UK Gold first.