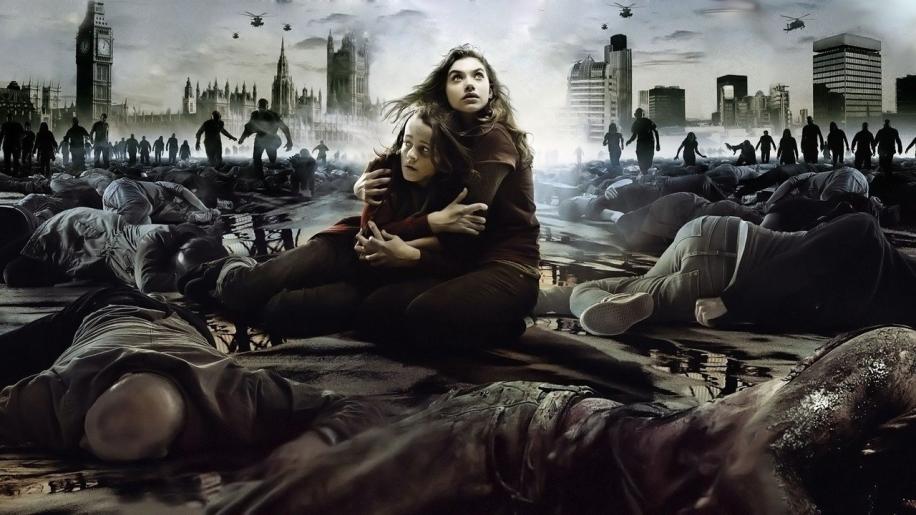 British horror movies have been of particularly high quality recently, whether it be the fated female group in The Descent, or the Army boys in Dog Soldiers. And with so many damn zombie movies out there, it was no surprise that we would start getting zombie horrors over here. And as British we seldom want to do things in the same way, whether it be gangster films (Get Carter, The Long Good Friday), or comedies (Hot Fuzz), with even the standard disaster affair in the vein of Armageddon becoming revolutionised into a truly excellent drama in Danny Boyle's Sunshine. Boyle was the man behind Trainspotting, another unique vision, and amidst the ones he did in between the two, he directed the pseudo-zombie horror 28 Days Later. For all the Resident Evils and 'of the Dead movies out there, Boyle's 28 Days Later managed to actually put an original twist on your standard zombie theme, and create a terrifying horror/thriller which had some character, some humanity, a keen sense of desperation and also a reasonable amount of realism. It was also shot in such an in-your-face way that you could not help but be shocked into submission. Although it was a low-budget affair, 28 Days' did so well for itself that it garnered the green-light for a bigger budget sequel set nearly six months after the events of the first movie. But is it any good?

I can't recommend the first movie enough, it is simply superb, and well worth checking out if you've somehow made it to the sequel without having come across it. Ok, so it's not vital that you watch them in order, but it does help a great deal, so go do it! Just to recap for those who haven't seen 28 Days' for a while, scientists trying to isolate the human gene that controls rage manage to instead create a deadly, infectious plague which makes the animals they test it on become enraged with bloodlust and insanity. Unfortunately some animal cruelty activists raid the facility and release the animals, who turn on the human population. Pretty soon the virus spreads out of control and the country is decimated. Totally ignoring the few characters who (arguably) survived the first movie, we now pick up 28 weeks after the initial outbreak, and in the interim it is believed that the infected population have all died out from starvation. A deserted London is due to be repopulated by the military in stages, and families are slowly being reunited. Amongst the survivors are Doug Harris and his two kids Tammy and Andy, although the horrors they have been through have certainly taken their toll. And when the kids leave the 'safe zone' to find out the truth behind what happened to their mother, they set into motion a terrifying chain of events that sees the inhabitants of the Capital once again screaming and running for their lives.

28 Weeks Later basically tries to be 'Aliens' to the 'Alien' that is 28 Days Later. It takes the original story and massively increases the scale, showing what it would be like to try and combat the rage-infected horde with the military might - and how it is often a largely futile effort against the shockingly swift spread of the virus. But whilst Aliens was very different but equally good in comparison with its predecessor, 28 Weeks Later tries so hard to be different that it ends up losing itself, the final act suffering terribly from about five twists too many. Right from the start you're thrown characters whose fates are what you least expect, but when it becomes every single character, you get bored of the heavy-handed attempts at being ultra-original, especially when the results still feel like they have been done before - and better (erm, Aliens).

It also does not help that the characters are generally under-developed, or ripped apart just as you're getting to like them. Trainspotting's Robert Carlyle headlines as the father of the terrorised core family, and it's nice to see him back although they could have easily made his character much less one-dimensional had they thought things through. We also get Sunshine's Rose Byrne, as one of the smarter military commanders, SWAT's Jeremy Renner as one of the more humane Delta Force snipers and Lost's Harold Perrineau as his helicopter pilot buddy, but even with them and Braveheart's Catherine McCormack along for the ride, the end result is a bunch of people you either don't like or don't get the chance to like.

On the plus side, there are some overt criticisms of U.S. military behaviour and tactics, using some horrifying action set-pieces to hammer home the point. This kind of idea is quite topical in movies - and even in TV shows - these days, with productions like Battlestar Galactica working wonders to help us understand the Gulf Wars in a way that no recent war movie has managed to achieve. In 28 Weeks Later we see what lengths desperate military officials are prepared to go to in order to 'win' and it is one of the most enduring aspects of this horror sequel. And for all my criticisms, you have to understand that this is still a good movie, it just fails not only to live up to the quality of the stunning first instalment, but also to carry its cleverly executed premise (the opening chase sequence is excellent) all the way through to a decent conclusion. The idea behind the movie is superb, and it allows the producers to paint not only an all-new, broader canvassed picture, but also graphically realise some things that were only conceptualised in the first movie. The plot (at least for the first two thirds) is solid and engaging, and had Danny Boyle been on hand to rein it in (after all, he filmed the fabulous opening chase scene) perhaps this promising production would not have gone astray. You see, I wanted to see the infection spread, see the mass destruction caused by it, the dead bodies pile up as was so frequently described in the first low-budget affair, but here when we do get to finally see things happen in all their bloody glory, it is just not as good as what you could have imagined for yourself. Between this and a denouement that features a ridiculous helicopter stunt and a clichéd epitaph, what you end up with is a flawed sequel, a good film that is somewhat spoiled by the fact that it could have easily been great. A solid 7/10 that should have been at least an 8 or a 9 like its predecessor was.