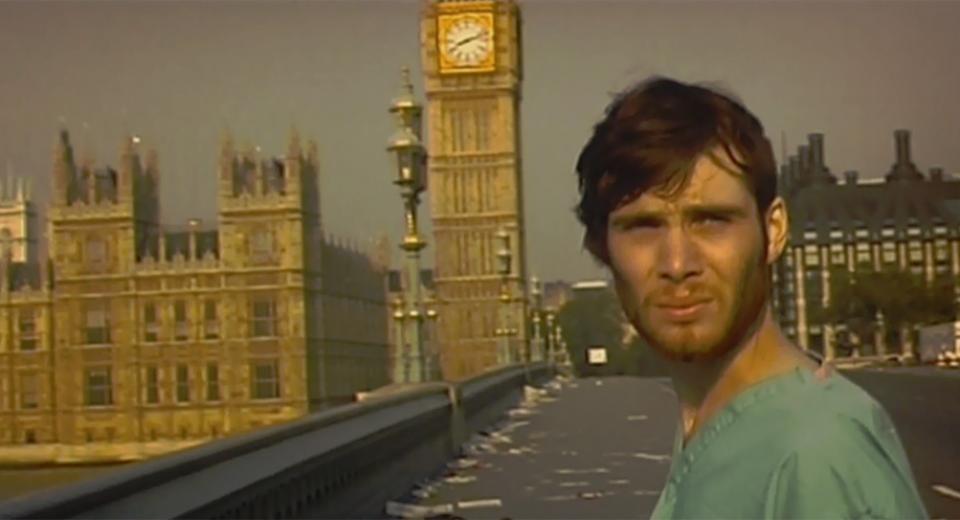 A top secret experiment lab is broken into by animal activists who plan to release the captive monkeys. When they do so they unleash a killer virus which infected the animals called Rage, soon the entire country is infected or dead, with only a handful of survivors left to try and rebuild their lives. A survivor Jim wakes up in Hospital to find it deserted, 28 days earlier he had been in an accident where he was knocked from his bike, but now he is on his own. After some wandering around a deserted London he comes into contact with the infected before being rescued by two survivors. The small group decide to head to Manchester after receiving a recorded radio broadcast from a group of soldiers with the key to beating the virus.

Danny Boyle returns to Britain to make his 6th movie with Producer Andrew McDonald and writer Alex Garland, and 28 days later is certainly a return to form after the dreadful film The Beach. However all is not entirely rosy and it appears that Boyle runs out of inspiration half way through, with the movie ending on a rather formalistic theme. It is clear that big changes were made to the story line during pre-production as there are two different endings in the extras area of the disc. The film does however make a valid point of what horrors may await the UK if a virus were to cause a Pandemic of this nature, and some of the worlds leading scientists featured in the extras also make it very clear that its only a matter of time. Very scary!