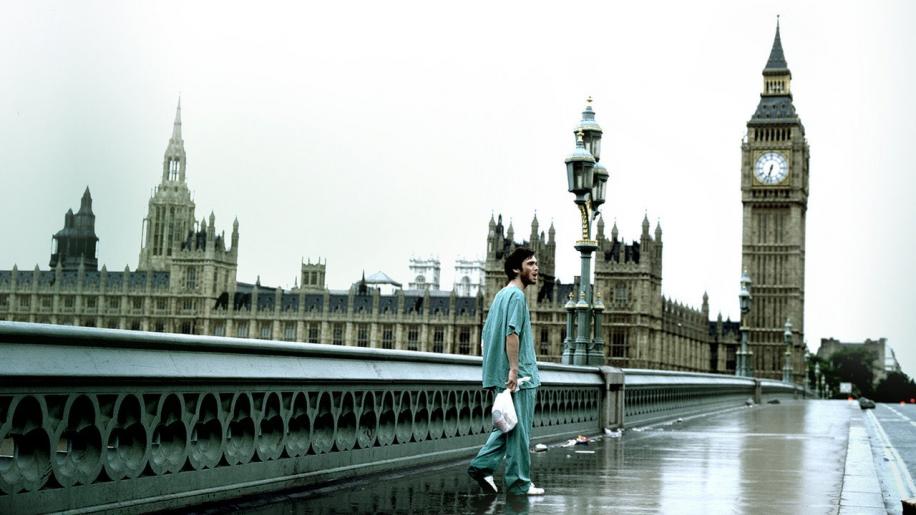 Filmed entirely on Digital Video the DVD appears to have been transferred using film elements. This gives the 1.85:1 image a stylistic feel but at the same time introduces several problems such as edge enhancement and copious amounts of grain in certain scenes. All is not bad however as you soon become used to this documentary style photography which does work in giving the movie a more realistic feel and atmosphere. Why the video was not given a straight digital to digital transfer is beyond me, but maybe that method would have removed some of the atmosphere? The Dolby Digital 5.1 soundtrack is surprisingly aggressive and highly detailed. The explosion of a petrol station adds some serious LFE and surround effects, and the chases involving the infected create a tense and terrifying feel. Dialogue is well recorded and sounds natural with other effects adding to provide an enveloping atmosphere which works very well. Danny Boyle and Alex Garland start the extras off with an insightful and highly interesting commentary track which more or less answers every question you may have had on the production. Next we are given seven deleted scenes some brilliant, some adding nothing to the film but all are interesting and come with an optional commentary track. There are also two alternate endings, one is very similar to the finished film, the other is told through storyboard and narrated by Boyle and Garland. A Making of Documentary is next with input from prominent scientists discussing the realistic threat to man kind by pandemics such as that shown in the movie. To wind things up are a music video, photo galleries, Story Boards, website links and trailers. Another great British horror movie with plenty of style and excellent direction on a feature packed disc along with good audio visuals.