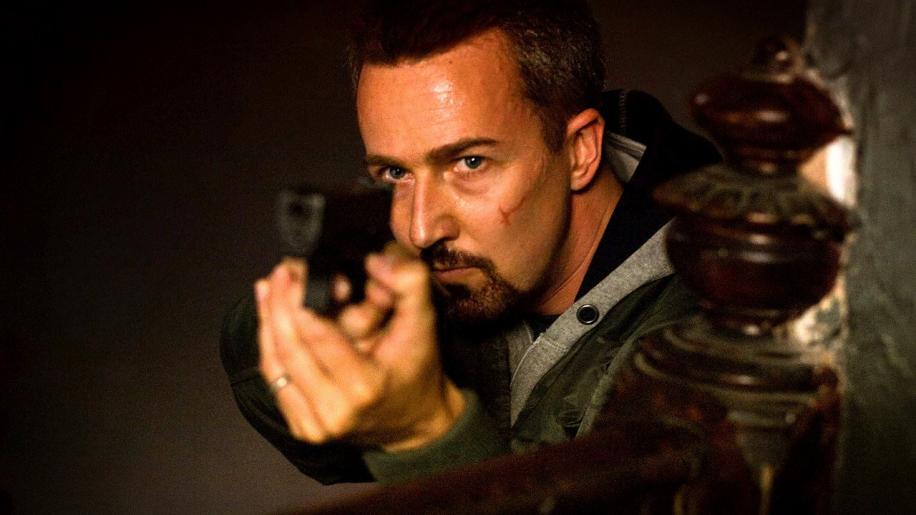 25th Hour is a slow, sombre but completely involving tale told by acclaimed Director Spike Lee. Based on a novel, and later a screenplay by David Benioff, the film tells the story of Monty Brogan (Edward Norton) a well mannered, intelligent and trustworthy individual who just happens to be a drug dealer. The film is told with the use of a normal linear storyline, which is interwoven by flashbacks to fill in the gaps and make the story complete. Monty lives with his girlfriend in a gorgeous apartment and we find out that he is busted by the DEA for drugs offences. He is sentenced to seven years hard time in prison, and given bail after his father offers his bar as surety. We follow his last 24hours before he has to report to the prison, which is a time of reflection and wanting to be around people from his past. He invites his two most trusted friends to spend the last night of freedom with him, as he comes to terms with his fate. There are thoughts of who it was that tipped of the DEA, and who can he trust? All this is set in post 9/11 New York, which adds an uncanny feel to the film, where everyone is mourning their loss.

I felt that although the story could have been a bit tighter, the acting on show from Norton, Phillip Seymour Hoffman, Barry Pepper, Rosario Dawson and Anna Paquin is just astounding, and has a realised improvisational feel to it. You immediately feel for the characters that are very well developed and clearly have some history to them.

The final 30 minutes as we explore all that has gone before and what maybe to come, are the most powerful and emotional cinematic scenes I have seen in a while, and I felt genuinely moved. This is possibly Spike Lee's finest effort yet, highly recommended.