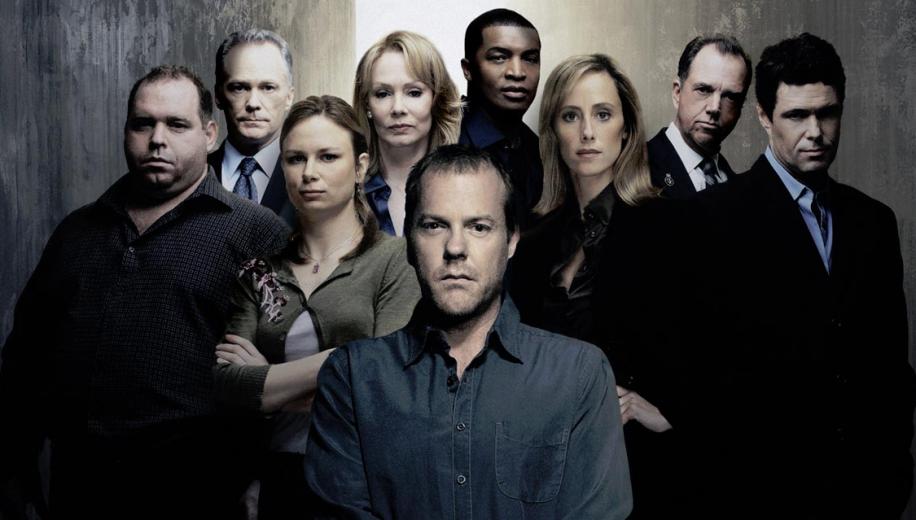 When it comes to picture quality
for the 24: Season Three DVD Collection,
it's on a par with the previous releases,
which is to say it's up there with the very
best television material on DVD. Each of
the 24 episodes is presented
anamorphically at 1.78:1 and capably
demonstrates the show's high production
values. The source material is pristine,
without any trace of blemishes or
scratches, while the colour separation and
black levels are absolutely spot-on. As
with the previous releases, there is some
grain evident in transfer, but as this has
been present in all of the seasons to date
and isn't in any way intrusive, we suspect
that it is not a result of the DVD encoding
and instead is an intentional decision by
the filmmakers.

Following on from the excellent
Season Two collection (rather than Season
One, which only offered Dolby 2.0
Surround audio), the third season comes
equipped with a Dolby Digital 5.1 audio
mix. As an action-orientated series, 24
makes much more use of the surrounds
than your average television series and the
dynamic nature of the original broadcast
mix is expanded wonderfully in the 5.1
remix. The series features a myriad of
spatial effects in the surround speakers
and plenty of deep rumbling bass,
rendering the audio as aggressive an
experience as the show itself.

It's not quite as packed as the
24: Season Two DVD Collection, but this
latest release still offers up a fine selection
of extras. Across the course of the six
discs you will find 22 deleted scenes that
can be viewed individually, or integrated
back into the episodes in question, and
six episode commentaries. Episode
Three's commentary features
writer/producer Howard Gordon and
Kiefer Sutherland, Episode Five's track is
provided by director Jon Cassar, writer
Evan Katz and actor Riley Smith, Episode
Ten's has input from Howard Gordon and
actress Sarah Clarke, Episode 13's
commentary features series creator/cowriter
Joel Surnow and actress Mary Lynn
Rajskub, Episode 17's offer input from cowriter/
producer Robert Cochran and
actors Reiko Aylesworth and Carlos
Bernard and Episode 22's is by producer
Tim Iacofano, plus actors Carlos Bernard
and James Badge Dale.
The remaining extra features are housed
on the sixth disc. Here you'll find a 36-
minute documentary entitled 24: On the
Loose, a seven-minute Boys and Their
Toys featurette, a 24-minute Biothreat:
Beyond the Series featurette and a multiangle
scene study.Easily one of the must-have DVD releases of the
year. If you haven't ever bothered with the series
then do yourself a favour and pick up all three of
the superb DVD Collections right now.