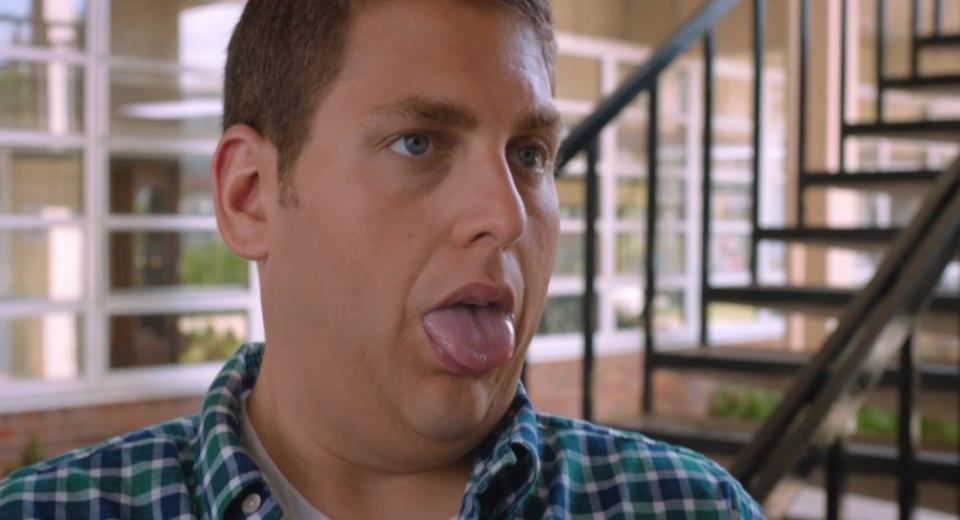 21 Jump Street first hit American audiences in the April of 1987, on the fledgling Fox network. It was designed to attract a younger audience, broadening the demographic of Fox and bolstering their numbers. While it only ran on Fox for four seasons, it most certainly succeeded in this regard, entering syndication and continuing to air on Fox well into the late 90's.

It starred a young Johnny Depp, whose early career had stumbled and who was looking for a solid base with which he could refocus. It was in 21 Jump Street where he gained notoriety as a teen idol, something which annoyed him endlessly, although undoubtedly was a springboard for the career that would follow.

The series followed Depp's character, Officer Tom Hanson, who gets in trouble during the events of the first episode because of his youthful appearance. After allowing himself to get riled up over digs at his baby-face appearance, he loses his cool and finds himself being transferred into a position where the way he looks will be a benefit rather than a constant annoyance. He is offered a position in a unique team of young looking police officers whose job it is to run undercover investigations in schools and colleges, and who operate out of the titular address of 21 Jump Street.

While the premise may sound weak by today's standards, and may even sound comedic, the show was in no way a comedy. While not completely devoid of laughs, the show was undoubtedly a drama series, dealing with hard hitting issues like drug abuse, homophobia, alcoholism, child abuse, and AIDS. Each hour long episode tackled a problem that arose from issues such as these, but the problem was typically solved by the end of the show. So hard hitting, at least for their time, that episodes were often followed by a PSA on the issue covered in the episode, often featuring one of the shows stars, telling viewers where they could find out more information on the topics covered and to seek help if they needed it.

Now, twenty five years after the pilot episode aired on Fox, the Blu-ray release of 21 Jump Street the movie has landed. It is unclear, apart from the now seemingly comedic premise of young looking cops investigating drug rings in high schools, why the link to the original series is made at all. The movie readily abandons the structure and form of the original series, opting instead for a brash comedy that spends more time poking fun at the comedy action genre than really fitting into its mould.

Jonah Hill and Channing Tatum star as two rookie cops, Schmidt and Jenko who, after attending the same school but occupying two different sides of the social divide, find themselves partnered together at police academy because of their complimentary abilities. Jenko is the tough, hard hitting but slow witted counterpart to Schmidt who is predictably feeble, nervous but dazzlingly smart. The two seem incapable of graduating on their own, but together create a winning team.

On graduating from the academy, their dreams of car chases and explosions are dashed when they are assigned to bicycle patrol in the local public parks. Their time is equally split between goofing off and trying to arrest minors for feeding the local wildlife, until the pair haplessly stumble on a potential drug bust that could be their ticket to a speedy promotion.

Of course, the bust goes awry and the reckless rookies are instead transferred to an undercover unit where they are to imitate high school students, made easier because of their youthful appearances. It is here that the first hiccough of the casting occurs, with both Hill and Tatum looking a little older than the plot really requires, but I'll come to that later.

They arrive for duty at the abandoned church building on Jump Street, and this is where the similarities to the original series part ways. What follows is an enjoyable, if childish, romp with a steady tirade of toilet humour and not-quite gross-out comedy, though lacking any memorable laugh-out-loud moments to punctuate the paper thin plot. Serious drama this is not. Fans of the original series should be aware that this film is in no way a remake, nor is it really inspired by its themes outside of the basic premise. Apart from the occasional cameo from the show's original cast, it seems merely a nod to the premise rather than to the subject material. Gone is the tough narrative edge of the series, and what replaces it is a pastiche of the action comedy genre, with pointed references to tropes such as inexplicable explosions during car chases, and the heavy handed use of stereotypes. The writers do little to capitalise on this satirical look at the state of the movie business, especially of Hollywood's habitual rehashing of old intellectual property to spin a quick buck. However, they only go so far as to point out these shortcomings, before diving face-first into the next available fart gag. This seems like a missed opportunity, and sometimes comes off as the writers not knowing how to get around their own shortcomings other than to point them out and pass them off as satire.

One puzzling decision, as I alluded to earlier, is the casting. It is a wonder that the producers did not attempt to follow suit with at least the original series' cast of young heart throbs and teen idols. The thirty two year old Tatum seems woefully miscast for a number of reasons, not least because despite being in his early thirties, he somehow looks like a forty year old in this movie. Perhaps it's his permanent scowl that ages him beyond the abilities of any makeup artist's powers to remedy, but it seems to stand out so much that it is even referenced in the script.

Another issue is that his comic timing; an important skill for anyone acting in comedy, but especially when opposite Hill. It leaves a lot to be desired. There are moments of genuine comedy from Tatum, for example in scenes where he is shown to be completely out of control, like the drug fuelled crashing of a high school band practice, but overall his performance is wooden and devoid of warmth.

Hill, on the other hand, is his usual quick witted, stuttering self with many of his lines being delivered, as usual, as though he has made them up on the spot. While this level of improvisation seems to garner a lot of his best moments in movies like Superbad and Get Him to the Greek, Phil Lord and Chris Miller, the directors of 21 Jump Street, seem unable to coax the best from the young comedian in this instance and, ultimately, he just doesn't seem to have enough to work with. Another annoying, if unimportant, issue with Hill is that it does seem as though he was cast for the role while he was still overweight, but the script has not been updated or changed to reflect this. He is referred to as the fat guy and as having breasts in a number of instances while he looks anything but. Ice Cube's Captain Dickson shouts "Clearly, I wasn't talking to you, big titties! You cherub-lookin' mother f****r," despite Hill not being noticeably overweight at all.

Whatever the minor flaws with individual performances, as in any good buddy movie, it is the on screen chemistry of the leading pair that is key to the movies success, and in this 21 Jump Street is a mixed bag. The pairing of Tatum and Hill seems unlikely at first, and while it doesn't work everywhere in the movie, there are some genuine moments where you can really start to believe that these two guys could really be friends. It never quite reaches a consistency in this regard, which leaves you doubting the sincerity of their declarations of affection for each other, but is believable enough to serve its purpose.

There are a few interesting cameos from the original series, including Peter DeLuise, Holly Robinson and a surprise but brief appearance from Depp himself, but overall there isn't really much of a link to that beloved 80's series. The church itself, which acts as a base of operations for the childlike detectives serves only as a nod towards its origins. Perhaps the series itself used the location in too heavy handed a manner, using it as a symbolic moral pedestal to wage a moral battle against the ills of society, and there is no mistake that the movie knows exactly what it is; just a bit of fun.

What we're left with is a relatively good natured comedy, with enough of a plot and action to keep the viewer entertained without ever really creating any truly memorable moments. The dialogue is mostly forgettable, a problem exacerbated by a cast who are not always up to delivering it with the requisite comedic timing or flair, but Hill's performance and his on-screen chemistry with Tatum delivers enough to pull the viewer through to the end.