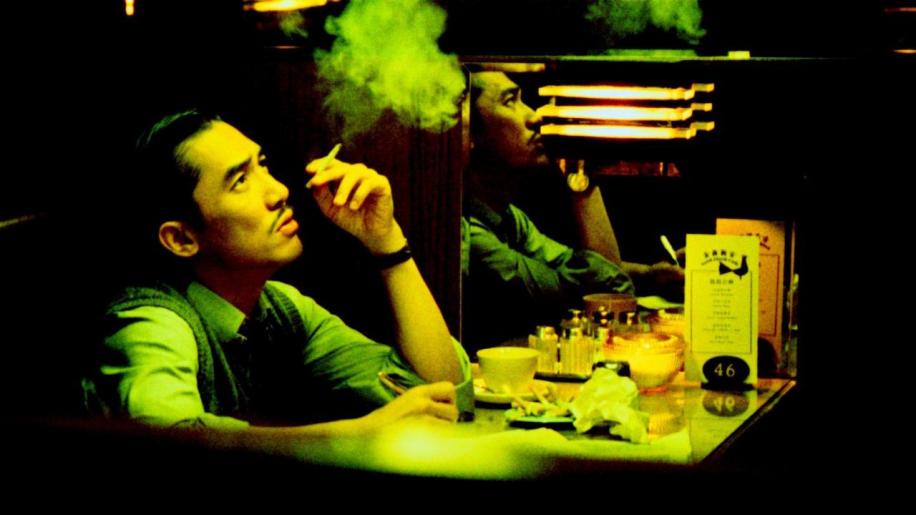 Being in competition for last year's Cannes Film Festival, 2046 is a sort of semi-sequel to director, Wong Kar Wai's earlier film 'In the Mood for Love' and having not seen that particular film I had no idea what to expect. After a hard day at work, I settled down to see what all the media fuss was about and popped the DVD into my player......

Veteran Asian actor, Tony Leung plays Chow, a man who plies his trade writing 'questionable' fiction. Chow is also a bit of a love machine and certainly has no problem with the ladies. He moves into an apartment building in room 2047 next to room 2046 where he watches everyone come and go. Whilst in his room he begins to write stories around the infamous room. Now what I going to say may upset fans of the film. I found the film to be boring, pretentious arty drivel. I cannot criticise any of the film's actors as they all turn in good performances especially Zhang ZiYi, who is becoming one of the best female Asian actresses working today.

Whilst I like Tony Leung as an actor and enjoyed his performances in Hero and Toyko Raiders, I just couldn't connect his performance here. There is no question that he is a brilliant actor but I couldn't sympathise with his character or the situation he was in.

The visual style of the film is frankly sensational. The opening CGI effects have this dreamy quality which makes watching the film a beautiful experience. The photography on the whole is also excellent and you can see the care and attention given to every shot by the cinematographer using the widescreen process. The music of the film has some of the most haunting melodies I have heard in a long time and give the film a moody, romantic atmosphere. You can see by watching the film that a lot of care and attention has been put in to the production and I can understand why the film has its fans. Speaking to a friend over the telephone, he asked me what I thought of the film and I said I was unimpressed. He immediately asked me why and I said it was just boring to me. After watching the film, I decided to read other reviews of the film and see what other people thought of it. There were a lot of positive reviews, but also some negative ones. I think 2046 is a film that divides people's opinions rather like 'Oldboy' which I enjoyed immensely.