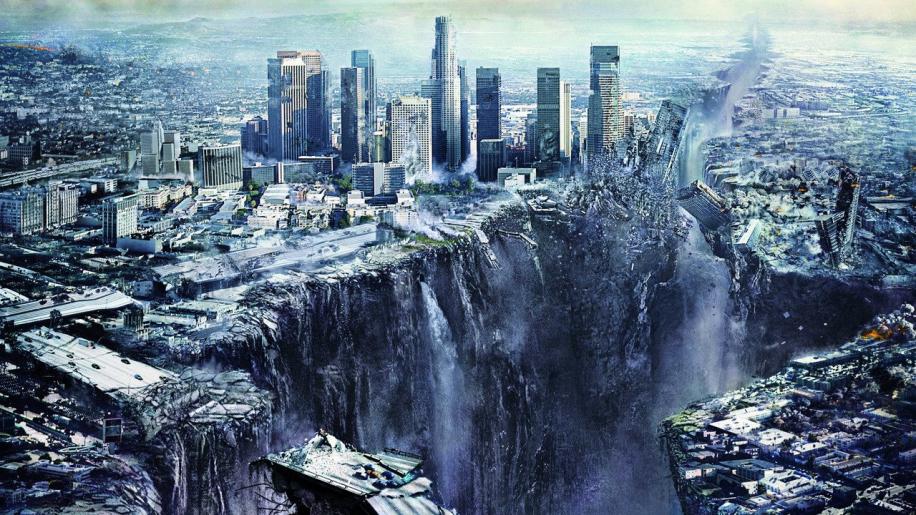 Fans of big screen spectacle have a treat in store with the release of last year's blockbuster '2012' on to the Home Cinema market. Over the decades we've had disaster movies involving sinking ships, plummeting aeroplanes, major earthquakes, burning buildings as well as ferocious floods. So any new entry in the genre would have to top everything else that had gone before - right?
Well, yes and no. Roland Emmerich's end of time epic '2012' aims to do just that by running together elements from almost every previous disaster movie and squeezing them into one cohesive story. I missed it at the movies so was happy to have the opportunity to see it on Blu-ray at home.
There can be no denying the sheer jaw dropping impact of the events depicted in the film and the CGI effects used to make them into cinematic reality are superb. If I had never seen a disaster movie before, I probably would have been stunned and come away from it thinking that it was the best movie ever. However, at the tender age of 51 I've seen it all before and was really looking for something new and imaginative.
All the clichés were there. The divorced father (John Cusack) suddenly having to fight for the survival of his kids, the scientist with a conscience (Chiwetel Ejiofor), the untrustworthy government official (Oliver Platt), the crazed environmentalist (Woody Harrelson)..... holy smoke, there was even a dog (name unknown) that required rescuing at the last moment.
Forgive the cynicism here, but when the first 45 minutes of a movie is used to introduce us to a bunch of stereotypical characters then your expectations for the rest of the picture becomes significantly diminished. That's a great pity, for the action sequences showcasing the end of the world are quite breathtaking.

Okay, so what's the jam in this sandwich then? What's the glue that binds it all together?
Well, you remember those Mayan people who gave us a calendar that ends in 2012 and who we also all ignored? It seems that they were right all along. We've had recent solar flare activity combined with a heating up of the Earth's core and when this happens eventually the crust will split open like a pie that's been over baked. Now, while we've all been casually getting on with our everyday lives, the governments of the major powers have been preparing for this eventuality - but in secret, and only allowing for the survival of the specially invited few. It's not fair, it's called survival.
That's the recipe in a nutshell, stir in the characters previously mentioned, involve them in perilous situations from other disaster movies and bake in a medium oven for 2 hours and 38 minutes.

If you can survive the first three quarters of an hour, you'll be more than impressed by the devastation of seeing Los Angeles crack open and eventually slide into the sea. You'll be horrified as a massive volcanic dust cloud engulfs everything in its path. You'll hold your breath as a colossal tidal wave wipes out the Himalayas.
But will you care for the people involved in this tale of destruction? Not one jot!
This movie is just so big with its focus on visual effects that the director completely forgot what makes us care. The human element! Oh sure, there are various stabs at humour along the way and pretty obvious attempts to get us on board - but they're just so obvious (and we've seen them before) that you want to tell the film makers to get their mucky fingers out of your heartstrings.

If you could input all previous disaster movie scripts into a computer, then hit a random collation key, the end result might be something like '2012' - albeit you might have to actually write the odd linking scene.

I felt that I could have watched the movie and read a newspaper at the same time as my attention was not consistently held. I found myself becoming engrossed in certain sequences like when John Cusack's character and family have to outrun the cracking road in their car. It was the old Saturday morning serial stuff. Will they make it or won't they? The problem for me came when they repeated the same threat with the characters outrunning it in a small plane, then in a huge Russian Antonov (a bigger plane). It seemed as if the script said 'Family outruns earthquake in ... (add appropriate vehicle)'.

I feel sure that the 16-24 age group (the demographic for the modern day cinema going public) will thoroughly enjoy '2012' as they will not have been exposed to as many of the script elements and devices as those of us who remember the disaster movies of the 1970s. There's a certain amount of sadness for older movie fans who might feel that Hollywood has become lazy in its scriptwriting, that they have forgotten what makes a good movie and that the kids in charge of the candy store today believe that superlative CGI is all that's required to get bums on seats.
Speaking of which, mine is still rather numb after the 158 minute sitting - and a good editor could quite easily have brought it in under the 2 hour mark.

So, to sum up, this is a movie that's all about CGI and the team of effects artists should be in line for an Oscar as their work should be universally celebrated. Combined with a totally enveloping surround sound environment - this movie really places you there in the thick of it. Just don't expect to be too bothered whether the cast live or die.
With a budget of over $200,000,000 you'd hope that such a movie would work on more than one level but funny things happen in the world of the moviemakers. Maybe they did start out with a good script that encompassed the much needed human element. Maybe the interfering fingers of the 'men in suits' removed these scenes or maybe they simply said “Hey this movie is about the effects. That's what kids want today. They don't want to be bothered with real people. It'll just slow the movie down.”
Either way, we'll never know for sure. Only the cinema going and Blu-ray buying public will decide if a movie is worth spending their hard earned readies on. Let's hope the studios learn to listen to their customers.