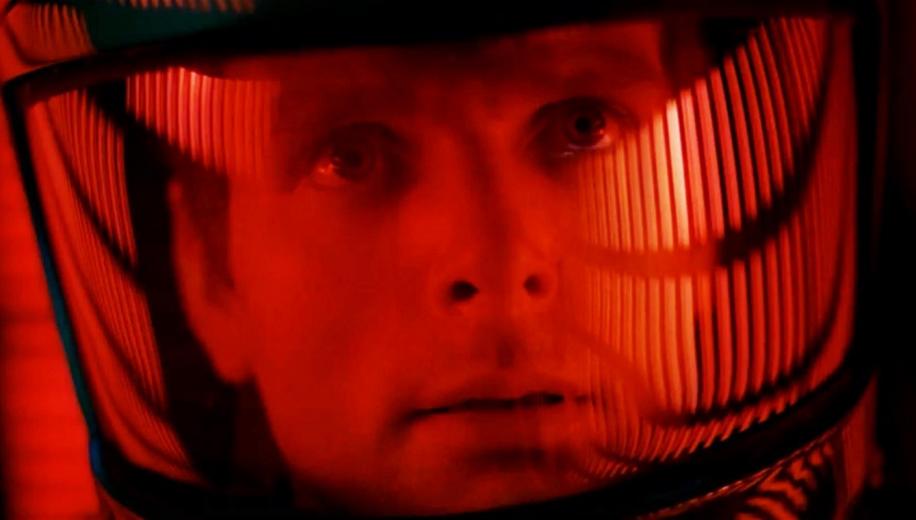 Just what do you think you're doing, Dave?

In this day of the loud, unfulfilling blockbusters, it is terrific to see a true classic be given the 4K treatment. Stanley Kubrick’s film, based on Arthur C Clarke's 1948 short story The Sentinel, is a remarkable achievement, not just for its production design and attention to detail, but on the themes it presents – never pandering, hardly explaining but telling a story through the visual means of cinematic art.

The term ‘Space Opera’ has often been attributed to this magnum opus, and I think that is fair, the use of Johann Strauss' Blue Danube as the spacecraft comes to dock richly embodies that idea. Indeed, the music and visuals are a perfect match, sometimes haunting, other times enriching, but always on point. But it is with the enigmatic story where the real heart of discussion lies.

Themes of aliens seeming God-like, man’s dependence on tools, his evolution and transcendence are all hinted at, but never dissected – that is for the audience to do. To take the visuals, and draw from them a conclusion to fit the narrative. I can understand why a modern audience, used to being spoon fed, might baulk at this film, but more fool them. It is a rich tapestry woven with inscrutable ideas; ideas rooted in truth about ourselves and leading us to question the future.

The fact that 2001 still continues to be debated is a testament to its longevity, and those that give it the time and respect with be richly rewarded for years to come.

2001: A Space Odyssey was shot using a combination of Mitchell BNC 65, Mitchell BNCR, Mitchell FC 65 and Panavision Reflex-65 cameras on 35mm film. This 2018 UHD release was made using the original camera negative which was scanned at 8K resolution and then down sampled to 4K for this Ultra HD Blu-ray release, reportedly overseen by VP of Restoration at Warner Bros, Ned Price, along with Leon Vitali (Kubrick confidant). The disc presents a native 4K 3840 x 2160p resolution image in the correct widescreen 2.20:1 aspect ratio, and uses 10-bit video depth, a Wide Colour Gamut (WCG), High Dynamic Range, and is encoded using the HEVC (H.265) codec for HDR10 and Dolby Vision. We reviewed the Region free UK Ultra HD Blu-ray release of 2001: A Space Odyssey on a Panasonic 65DX902B Ultra HD 4K TV with a Panasonic DMP-UB400 Ultra HD Blu-ray player.

Oh my! Having seen a fair few titles in my time, it comes as a real joy to see a restoration done quite so well. To say it’s like seeing the film for the first time is to do it a disservice; the picture is quite simply out-of-this-world!


The picture is simply out-of-this-world

Detail is phenomenal, from the 'African planes', to early man’s fur, to computer terminals to the hull of space-craft – edges are perfect. Skin texture, clothing weaves, reflections, writing: everything is pristine in its clarity. See how defined the spacecraft are against the blackness of space and how clean the stars are, with no hint of softness.

Colours are sublime, check out the sunsets over Africa, the intensity of the oranges, or the depth of colour to the space-suits, or the clothing worn. Pure eye candy is the infinity gate, obviously, which is breath-taking and so intense that it can have you shielding your eyes. Flesh tones are natural, reds are sublime, whether that’s H.A.L.’s eye or the cockpit lighting. Check out the reflections on Dave’s helmet, or the bright white light across his eyes in the redness of the cockpit!

Black level is immense, dense and inky; the blackness of space is all encompassing, but so too is the monolith, or the depth to frame on the Moon. The white end of the scale is just as, if not, better than the dark – whites are clear and bright, showing texture and highlights; the exterior of the space-craft and pods, the interior living quarters, the stars.

Digitally there are no issues and the source is pristine; there is a soft sheen of grain throughout which helps to maintain the look of film, and with luck the intentions of Kubrick. There are two English DTS-HD MA 5.1 tracks: The first represents (as close as possible) the original 1968 6-track theatrical audio, the other is a restored and remixed version. Both have equal merit and either will give a thrilling experience. The remix version has wider separation, has defined clarity between the elements, is mixed a tad louder, in that it pushes the higher end more and represents a good bass end. Compared to the original which is feels slightly tighter in the replay, but has a slightly more natural edge in that is doesn’t push the treble and has a cleaner bass line. I went with the remix in the end which was dynamic and intense, with plenty of stereo effects. What little dialogue there is, is natural, clear and precise. The sub is quiet for the longest time during the middle section of the film, and only really springs to life during the infinity gate, where it adds significant depth. The score is magnificent and surrounds you with all the speakers taking part. Whichever track you choose, you won’t be disappointed. All the extras have been available before on previous releases.

UHD
Audio Commentary - With Keir Dullea and Gary Lockwood; these two old friends discuss various matters regarding the production of the film in a warm and likeable manner, anecdotes about themselves and the shoot make up the rumtime.

Blu-ray
Audio Commentary – As above
2001: The Making of a Myth – 45 minute retrospective documentary hosted by James Cameron with plenty of interviewees discussing the film and its place.
Standing on the Shoulders of Kubrick: The Legacy of 2001 – 20 minute feature where film-makers and directors discus the genius that is Kubrick.
Vision of a Future Passed: The Prophecy of 2001 – 20 minute feature looking at the invented technology that has come to pass, or not.
2001: A Space Odyssey – A Look Behind the Future – Another 20 minute feature, this time a making of filmed during the production of the movie; interesting and charming!
What Is Out There? – 20 minute discussion with Keir Dullea on the possibilities of extra-terrestrial life.
2001: FX and Early Conceptual Artwork – 10 minutes with Douglas Trumbull and Christiana Kubrick on early production designs.
Look: Stanley Kubrick! – 3 minutes on Kubrick’s early life as a photographer.
11/27/1966 Interview with Stanley Kubrick – 75 minute audio interview with the master by Jeremy Bernstein, where he comes across as amusing, likeable character, at odds with the tyrant he was so often portrayed.
Theatrical Trailer Stanley Kubrick’s film, based on Arthur C Clarke's 1948 short story The Sentinel, is nothing short of cinematic art. Pushing the allegorical elements so far that many, then as well as now, find the film simply too difficult to interpret. That’s the point; you are meant to think about it and draw your own conclusions. There are themes abound, whether you see man’s reliance on tools, a God complex, continuing development or something else, the fact that 2001 still continues to be debated is a testament to its longevity. The fact that it looks and sound incredible are a bonus.

As a 4K UHD set, the package from Warner is terrific; the picture newly restored from an 8K source is nothing short of incredible; pristine, clear, detailed, perfect colouring, luscious blacks and luminous whites – simply put: out-of-this-world. The two English surround tracks are both excellent in their own regard, whether you pick the remixed or the original, both are detailed, well separated and dynamic. The extras have all be seen before, but still have a wealth of info to give.