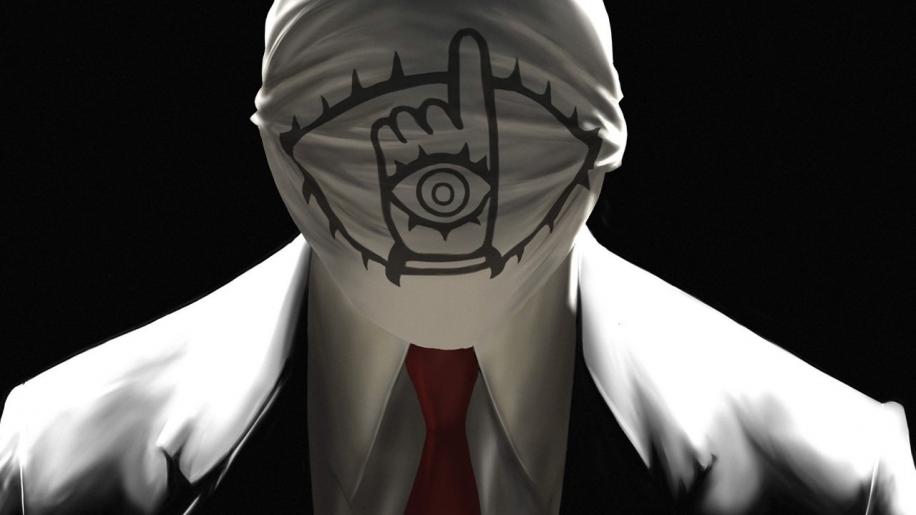 “20th Century Boys: Chapter 2” was released this year (2009) and was directed by Yukihiko Tsutsumi. I must report that this is another one of those movies which I know absolutely nothing about. Often this is a good thing, as the best movies are often stumbled across when you least expect it. This is the second instalment in a trilogy of movies based on the manga of Naoki Urasawa; the screen play was provided by Yasushi Fukuda, who has worked with Tsutsumi on previous projects. Tsutsumi has done a lot of television work and, to be honest, I'm not familiar with any of his previous productions. The cast, like the director, is also unknown territory for this reviewer; Toshiaki Karasawa ('Casshern'), who plays Kenji in this movie, is the only familiar name in the cast. Joining him are Etsuhi Toyokawa ('Seppun'), who plays Occho, Airi Taira (a relative newcomer), who plays Kanna, and Takako Tokiwa ('Tanamoe'), who plays Yukiji.

The year is 2015, Tokyo. It has been fifteen years since the “Friend Cult” unleashed a deadly virus on Japan, wiping out a large percentage of the population. Friend, the masked leader of the cult, has since become a revered religious leader and is a guiding light for those who are in line with his beliefs. Friend blamed the viral attack on the infamous terrorist, Kenji, with many now heralding Friend as the saviour of humanity and isolating Kenji as the sole cause for the Bloody New Year's massacre. Believed to be dead, Kenji still has a few admirers, who suspect that he was not to blame for the attacks on Tokyo. Those who believe in Kenji's innocence, revere him as some sort of messiah who will return to rid the world of the Friend Cult's blight on humanity. However, the vast majority of the population of Japan, and indeed the world, believe that Friend and his Party of Friendship are working for the greater good. In their childhood, Friend and Kenji knew each other. Kenji was a strange boy and wrote the “Book of Prophecy”, which has resurfaced in a new incarnation, the “New Book of Prophecy”. It transpires that Friend is using this revised edition of Kenji's text to further reaffirm his position as the true messiah (by predicting events to come) and to give his organisation worldwide credibility, gleaning a huge number of fanatical followers in the process.

Kanna, Kenji's niece, is the focus of this movie (aside from Friend himself), notably due to her extra sensory perception (ESP) abilities. It transpires that the Friend cult are particularly interested in those with such unusual abilities and Kanna is duly selected to attend Friend's boot camp; which is run by brainwashed weirdoes who groom prospective newcomers to his organisation. But the strong willed and rebellious Kanna has other motives as she enters the inner sanctum of Friend's base of operations. Meanwhile, Otcho, an ally of Kenji's who was incarcerated due to his involvement with the terrorist, makes his escape from prison, determined to expose Friend as a fraud and to bring his organisation to justice. He meets with Kanna and, with help from Kenji's other underground allies (and battling against police corruption), the two begin their quest to unravel the true meaning of Friend's mysterious strategy to bring the entire planet to their knees and worship him as a God.

My impressions of this movie are somewhat of a mixed bag. Obviously, not being familiar with the first instalment of the trilogy, or Urasawa's manga, is a huge disadvantage (to this reviewer) and I found the plot distinctly convoluted and complicated. The manga on which this movie is based is classed as mystery/sci-fi and apparently is rife with red herrings and misdirection to keep the reader off balance. The movie follows a similar vein, with a large amount of characters adding nothing of great significant to the plot, but rather add to the aforementioned misdirection and provide, in my opinion, unnecessary back story and unfounded digression. Kanna's ESP powers are hinted at and everyone seems to think that this ability makes her a valuable commodity but the significance of these powers and how they fit into the grand scheme of things is never really explained at any point, adding to the confusion factor. The muddled nature of the presentation is further solidified by multiple storylines, which encompass retrospective scenes from Kenji/Friend's childhood and psychological alternative realities wherein we come closer to elucidating Friend's true identity. Even though I found the overly complicated and impossibly dense plot off-putting, I was attracted to the story nonetheless. But there simply is not enough here, in isolation, to make this a good movie. Maybe when the three movies are viewed back to back (they were all released in the same year), things will become clearer but I believe the hefty run time was used ineffectively, with back-story filler and pointless running around taking the place of action and intrigue.

As mentioned, there are plenty of characters included but they are not as well fleshed out as I would have liked, largely due to the immense amount of new faces which are introduced over the course of the run time. A movie adaptation is supposed to take the concepts outlined in the comic books (and other source material) and make them work on the big screen. It seems that this is one of those cases where the material was not adapted per say but rather converted, almost directly, to a movie format. The acting is marvellously hammy, with more men crying than I have ever seen in any other movie. The actors' performances, across the large cast, are pretty uneven, with only Karasawa providing a performace that was in any way satisfactory. Taira puts on a reasonable performance as Kanna but ultimately her acting inexperience leads to one dimensional characterisation which is not believable, as is the case for the majority of the cast. The inclusion of a few characters, such as Kyoko (Kanna's classmate) and the young detective, are supposed to provide comic relief but I just found these characters irritating and not at all amusing. I suppose the characters are just too cartoonish for my liking, detracting from the believability factor.

The movie is undoubtedly stylish and creates a very realistic 2015. There are no hover cars or robots to be seen but technological subtitles, such as projected screens, virtual reality headsets and other gadgetry (such as those wonderful strings of light which the school kids play with), indicate that this world is more advanced than our own. The camera work from Tsutsumi adds to the stylistic nature of the presentation, with plenty of innovative angles and framing techniques. But a lot of scenes appear muddled and are difficult to follow, especially the darker segments; a fact I blame solely on the lighting choices for these scenes. The action content is not great but there are a couple of instances of violence, which are unexpected and provide moments of intense surprise. The limited CGI effects are somewhat poor and are in the realm of TV quality, a bit of a letdown for a big budget feature such as this. I also noted a few scenes that appeared to be edited poorly, with frames obviously skipping. This type of jerky presentation may have been intentional but I found it to bring a level of unprofessionalism to the entire piece.

Still though, I did find myself drawn deeper into the story as the movie progressed, with some nice twists adding clarity to Friend's overall master plan for global domination. This is a tough movie to watch in its entirety as mid-way through I began to wonder the value of including obscure references and other content. At the movie's close things definitely become clearer and although there are a lot of unanswered questions, the temptation is most definitely there to watch the last instalment, purely to see what happens! In this respect, '20th Century Boys: Chapter 2' does its job; building interest in the trilogy as a whole and acting as a bridge to keep the storyline cohesive whilst also generating excitement and apprehension for chapter three. As a standalone movie, this reviewer can't really recommend, as there are simply too many plot gaps and other complications introduced as a result of the incredibly dense and convoluted manga based plotline. As mentioned, perhaps all will become clear when all three movies a viewed back to back. There aren't many Japanese movies which don't translate well to Western cinema but I firmly believe that this is one of them, with many of the cultural references and characterisations appearing over the top and juvenile (at times), when compared to other offerings. This goes double for anyone who has not seen the first instalment or read any of the 20th Century Boys manga. I'm sure that many fans of will Urasawa's acclaimed work will disagree but without an intimate knowledge of the comic books, this movie will be inaccessible and unsatisfying for many (especially if the first and third instalments are not already in your movie collection).