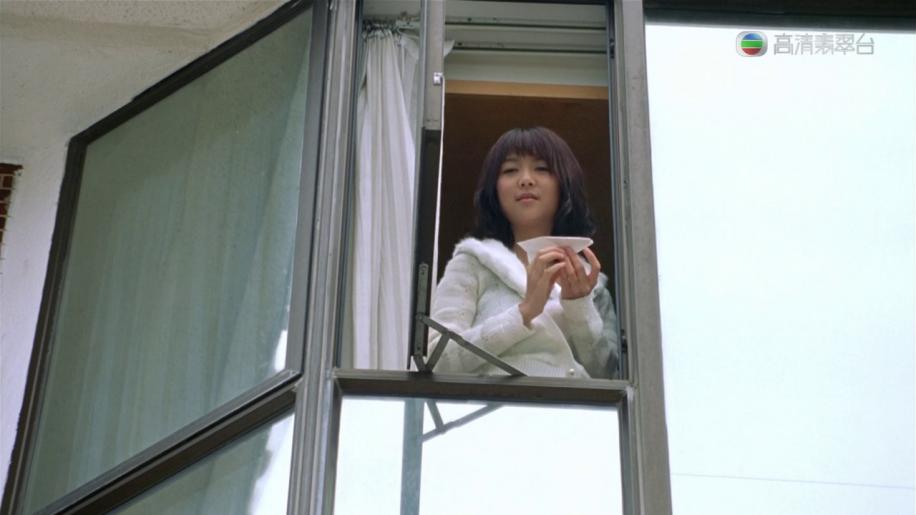 After the fantastic Infernal Affairs trilogy, stars Andy Lau and Tony Leung found themselves even more in the limelight than before. Their films together are pretty-much guaranteed to be good, if not excellent - like House of Flying Daggers - and they are contenders for the best at their game. Personally, however, they are not my favourite pairing out of Infernal Affairs. That award goes to two old-timer experts, like DeNiro and Pacino in Heat, two masters: Anthony Wong and Eric Tsang. They played perfectly off each other in the Infernal Affairs movies so when I heard that they were both in another movie together it became an instant must-see. That movie is 2 Young.

Every afternoon the young Ka Fu waits patiently for his dream girl, Nam, to finish school - hoping that one day she might notice him. Unfortunately it is a posh all-girl school and she is from a very affluent family, whilst he is strictly working class, the kind of boy who is often chased off school property by one of the matron-like teachers. Taking pity on his determination, she tips him off about an upcoming ballroom dance which the local posh boys school are being invited to. He promptly gatecrashes the party to see her, causing no end of trouble and getting his cover blown, but in doing so he somehow wins her heart. Thus begins a beautiful romance between two teenage dreamers from different backgrounds. They live happily ever after. The End. Only kidding, right from the outset you can tell these two are going to get into a whole world of pain. Their romance hits just about every obstacle you can imagine, not least because of their parents - who both clash disastrously over the matter. The question is - will love conquer all?

Bearing a striking resemblance to the U.S. Kristen Dunst film Crazy / Beautiful and even some similarities with her more recent Wimbledon, 2 Young manages to remain fresh and original mainly thanks to some fantastic performances. I'm not just talking about the aforementioned masters - I'll get onto them in a bit - I'm talking about the two young leads. Ka Fu is played by Jaycee Fong, perfectly capturing an innocent romantic boy driven by his heart which is unrestricted by social boundaries. Slightly geeky, he does not seem a natural hero, but you really feel how hard he is trying and it soon becomes impossible not to root for him. Similarly Fiona Sit does a fantastic job as the spoilt, pampered and over-protected Nam, who also just wants to follow her heart. Young and carefree, she finds some solace in her understanding Uncle and Aunt, who do not share her parents' over protectiveness and disapproval. The parents are, of course, integral to the drama - with Anthony Wong reliably staunch and seemingly unflappable as Nam's overbearing father and Eric Tsang energetic, enthusiastic but slightly world-weary as Ka Fu's hard-working father. Just as I expected, they were both perfectly chosen for their roles and do a fantastic job. Trust me, if you see these two in a movie then you are guaranteed to have something worth seeing.

2 young is a warm little teen romantic drama that explores some difficult themes of social standing inter-spliced with your general teen angst. The story is simple, not glorified in any way, giving it a great sense of both realism and direction and, with some superb performances and solid cinematography I have but one criticism - the soundtrack. If I hear one more unoriginal, clichéd eighties ballad I think I'm gonna lose it. There are very few decent Asian movies that I can think of that have not been hampered by even the briefest of piano-laden lift-music-style ballads - and the more serious the movie, the more out of place the choice of score. Here it is slightly more forgivable, given the story, but the sheer quantity of cringe-worthy - and positively overbearing - ballads is not so easily overlooking. Thankfully there are some moments of silence, where the dialogue takes over and aside from that one quibble I think this is a very interesting little romantic drama from a fabulous cast of young hopefuls and older veterans.