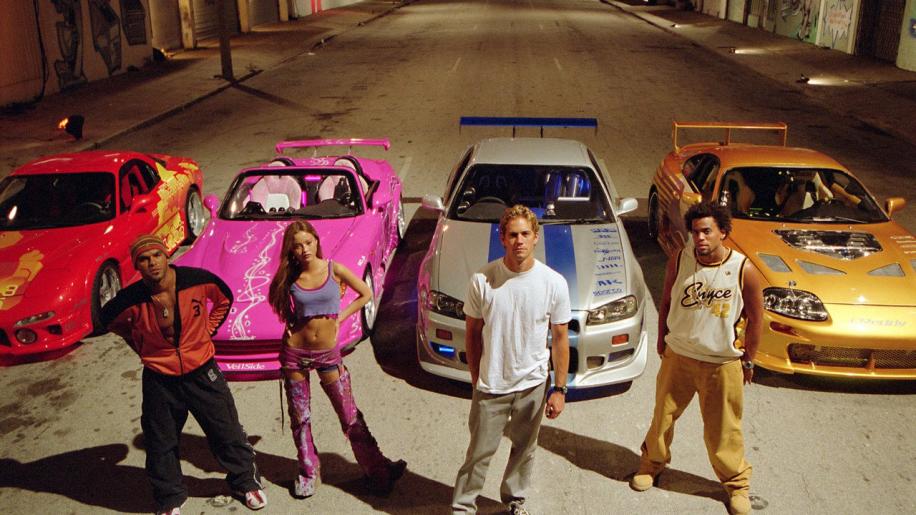 From director John Singleton (Boyz N The Hood) comes the follow-up to the box-office and DVD hit The Fast And The Furious. Featuring a new director, an almost entirely new cast (only Paul Walker returns), and a whole new line-up of shiny cars, one could be forgiven for assuming 2 Fast is just a shameless cash-in on its predecessor. It's a testament - or insult? - to the target audience that this DVD opens with a warning to the effect of “don't try this at home kids”. So the question is, just how bad can this sequel be?

Brian O'Connor has left the Police Force since the original movie and become what appears to be a full-time street racer. He is dragged back into the blue-badge fold to carry out an undercover mission, which basically involves him being a driver for a suspected international drug lord (Cole Hauser). Partnering O'Connor is Roman Pearce (Tyrese), and both are assisted by the gorgeous Eva Mendes who is already working undercover as Hauser's girlfriend. What's utterly mystifying is why a top drug lord needs the services of two street racers in the first place, but that's the least of this movie's problems...

The plot for 2 Fast 2 Furious is so thin it's almost transparent. The script feels like it was cobbled together as they went along, and things aren't helped by the fact that Walker simply doesn't possess the charisma to hold a leading role. Luckily he's bailed out by Tyrese who at least has a measure of screen presence, and brings some attitude to the party. Eva Mendes is there purely for show, and Hauser is quite obviously cruising, with a performance lifted directly out of the “ACME Guide To Being a Bad-Guy”.

Ultimately, however, 2 Fast 2 Furious was never going to be about the acting or plot. Because this movie is all about cars, women and speed. From the opening set-piece with its ludicrous ending, to the movie finale which - whilst paying homage to The Dukes of Hazard - smacks of laziness, the car races are suitably fast and well executed. There's a little too much MTV-style editing, especially in the opening race, but if you're a car fan then you'll find lots to feast your eyes upon.

Sadly, though, it comes down to the cars to hold this movie together. It's loud, it's dumb, it's probably 2 hours too long, but if you're not bothered about either the script or the acting and just the cars, then this is perfect viewing for a Friday night after ten pints and a curry.