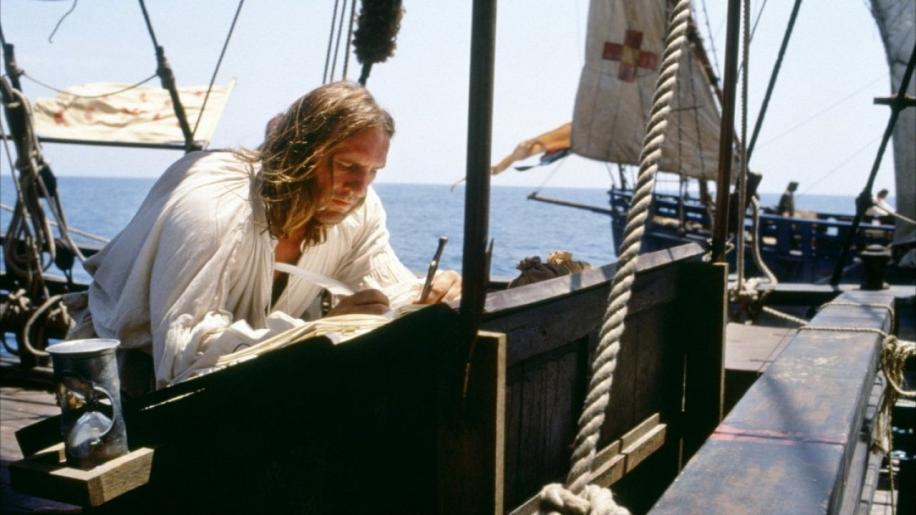 Ridley Scott took a serious mis-step with this attempt at retelling the story of Christopher Columbus' 'discovery' of America. Depardieu does a great job in the lead role, bringing a necessary mix of vulnerability of Kinski-esque arrogance to the character, but the attempts at reconciling the truth of the man with the fiction and legends built up around him prove to be extremely tedious and worthy. Another problem is Vangelis' intrusive score which simply overwhelms the film at times.
The image is sharp and clean, but is presented non-anamorphically and as such loses out when it's expanded for viewing on a 16:9 television, and the simple stereo surround soundtrack does little to add ambience to the film. As for extra features, you're limited to the original theatrical trailer, so there isn't even much of an incentive on that side of things.