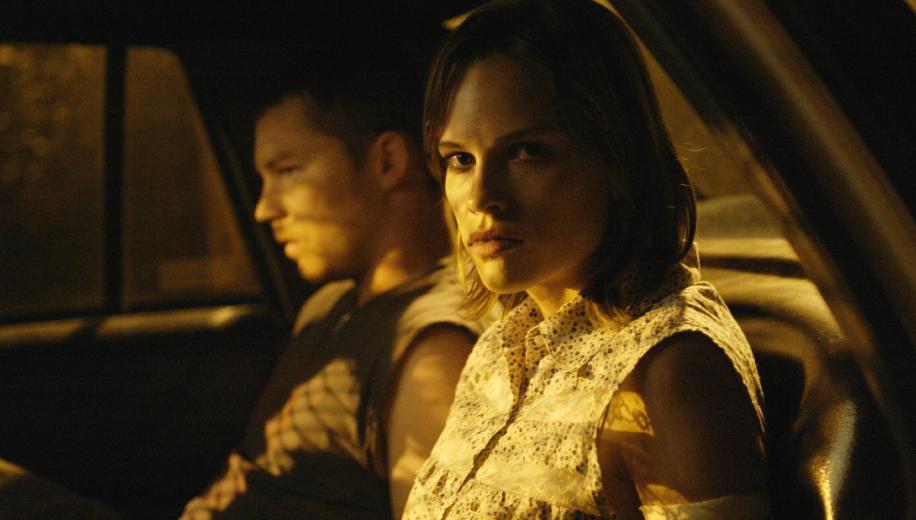 Lionsgate has presented a matted 1.78:1 aspect anamorphically enhanced for widescreen TVs picture with an average bitrate of 6.41 Mbps. The entire film is set at night, and it shows in the print, it is horrendously grainy, the most prevalent feature of the picture. Colours are rather muted and dull tending towards the greens and oranges, a function of the cinematography, though there is no bleed or wash. Contrast and brightness are rather poorly set, blacks tend towards the green and grey at times. Detail levels were all rather soft with the exception of the interior of the store, here we are treated to a pretty detailed image, but at the expense of rather harsh lighting, and that ever persistent film grain. Digitally any compression problems or edge enhancement were hidden by the grain, and various spots and scratches left over from the original print. Really rather disappointing this transfer, even knowing its history and when compared to the Region 1 release it looks tired and stodgy. Only the one sound option to choose from, an English Dolby digital 5.1 track. It is not bad, there is decent enough separation and reasonable range, with some direction given to the sound, however the rears are somewhat underused, only really coming into play during the many music tracks that make up the score. It is during these moments when the track really comes alive being full dynamic and vibrant. Though overall it is only just an above average track, at least it livens up the visuals somewhat. Pitiful. Just the films theatrical trailer. The Region 1, although not loaded had plenty more to choose from, very, very disappointing. Greg Marcks' debut film deserved to be treated better than it has, despite its flaws. It is a simple story told well and unusually with a decent cast; no doubt it will find its audience in the DVD market, even if I'm not really one of them; although not with this Region 2 release, because as a DVD package it is awful, a reasonable sound track cannot overcome a bad picture and no extras. I'd head over to the Region 1 as the film has at least it has been given some respect.