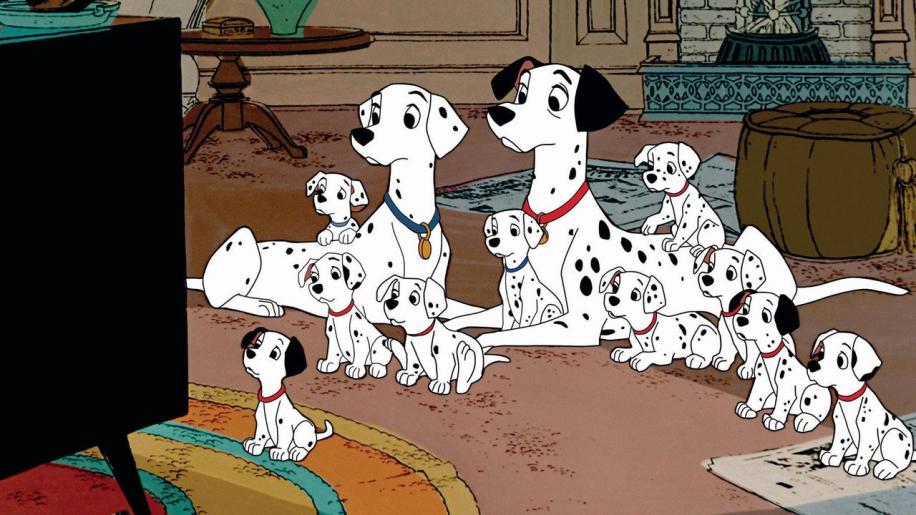 When the fur-loving Cruella De Vil and her clumsy cohorts, Jasper and Horace (Hugh Laurie and Mark Williams) dognap every Dalmatian pup in London, Pongo and Perdy rally the town's animals to their rescue. Based on the 1961 animated classic, this live action version sticks very much to the original story, and benefits from the manic performance of the excellent Glenn Close and strong supporting actors. Scores 8.

In the sequel, Cruella seems to have reformed in prison, and tells her probation officer Chloe (Alice Evans) that she wants to put her money into an animal shelter run by Kevin (Ioan Gruffudd). But her experimental brainwashing goes wrong, and on hearing the chimes of Big Ben she reverts to her old self. With the help of a very odd furrier (Gerard Depardieu) she kidnaps the dogs, frames Kevin, and double-crosses Chloe. There are many pleasures to the film but it suffers like the first movie from Americanisation; the English countryside is full of raccoons and skunks, people drive a 'truck' instead of a 'lorry', and fall into vats of molasses. But don't miss Eric Idle as an irritating parrot who thinks that he is a rottweiler it's hilarious. As a double bill this will probably entertain the kids, but it's certainly a classic case of diminishing returns. Scores 6.