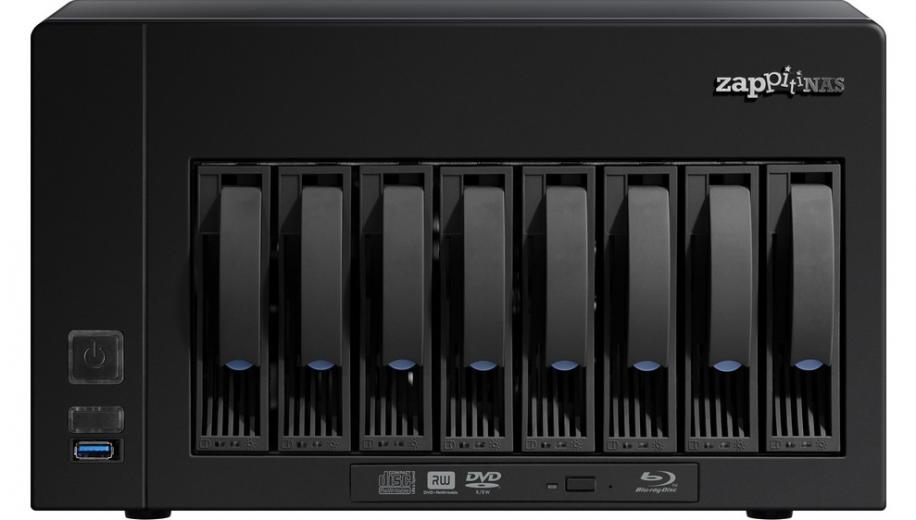 Zappiti NAS RIP Audio Video Edition Home Distribution Product (2016)
SRP: £2,000.00
The idea of keeping all your digital media in one place is appealing to many but the process of ripping and storing it can be daunting – enter the Zappiti NAS RIP which aims to take some of the pain away.

It’s an 8-bay NAS (Network Attached Storage) device with, as the name suggests, a RIP function to back up your CD, DVD and Blu-ray discs, designed for you to enjoy multi room audio and video throughout your whole home.

The Zappiti NAS RIP Audio Video Edition provides fail-safe storage for your collection using professional disk storage technology called RAID-5. If a drive fails, data is automatically restored to the hot spare disk, without loss of any content. The failed drive is replaced without turning off the server or disrupting playbacks in progress.

For your music, Zappiti collects the album covers and artist thumbnails. Then you can access to your music from any room of your home, equipped with a Zappiti media player and also from most audio players or connected speakers available on the market. You can then control it through your tablet or smartphone or your computer. The artist photos and album covers are downloaded as "folder.jpg" in resolutions 300x300 and 500x500 for wide compatibility with most connected audio systems. The CD tracks are converted in FLAC and ALAC for high fidelity quality (lossless) but also in MP3 for wider compatibility

You can back-up 4 Blu-ray, DVD or CD discs simultaneously by plugging in an external Blu-ray drive connected via USB to the device. Then you will be able to back-up your discs 4 by 4! (1 internal and 3 external).