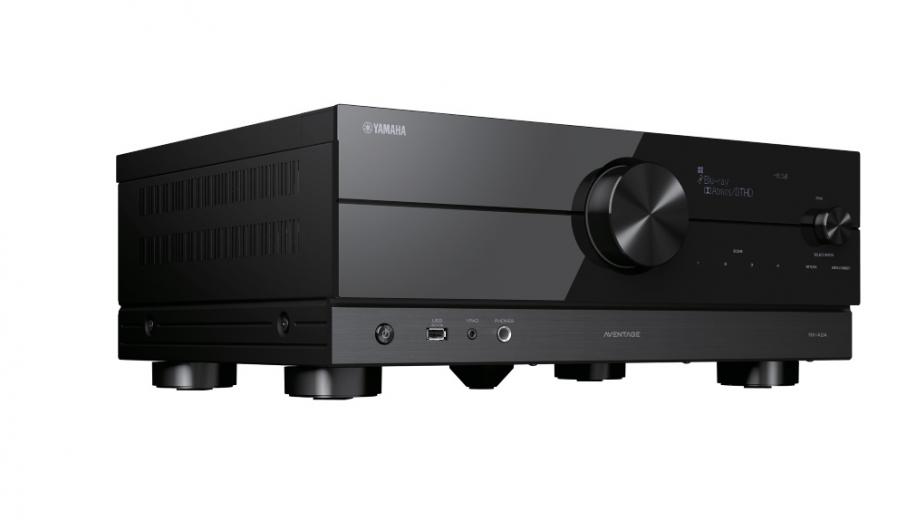 Yahama’s latest RX-A2A AVR is a mid-range 7.2 channel, 100 watt (2-ch driven, 8 ohms) device with a second zone available and it features all the technologies that would be expected in a receiver in the price range. However, there’s still the question about whether the HDMI 2.1 chipset included is the one supplied by Nuvotron which can sometimes present a blank screen when passing through 4K 120Hz from some sources - Yamaha’s small print does indicate that 8K60fps and 4K120fps will only be available via a ‘future update’.

Putting that aside, and assuming that Yamaha and the other affected AV companies can find a solution, the RX-A2A still has plenty of features on offer.

Yamaha states that the Aventage RX-A2A has been redesigned from the ground up with a new modern look and simplified design which features a brand new high-resolution LCD display and a jog dial with touch-sensitive buttons.

Moreover, to support the use of powered HDMI cables for longer wiring requirements, Yamaha has boosted the power supply from the HDMI outputs to 300mA.

In addition to the DTS:X and Dolby Atmos surround sound audio formats, Dolby Atmos Height Virtualization will be supported via a future update, allowing the simulation of the overhead sound experience for an immersive, 360-degree sound field from stereo, 5.1 or 7.1 speaker configurations.

Dolby Vision is included and HDR10+ compatibility is coming via a future update. There’s also HDCP 2.3 and eARC support via the 7-in/1-out HDMI ports.

Additionally, the MusicCast Surround feature allows optional wireless MusicCast speakers to be paired and used as surrounds in a 5.1.2-ch. setup.