A taste of TVs to come? 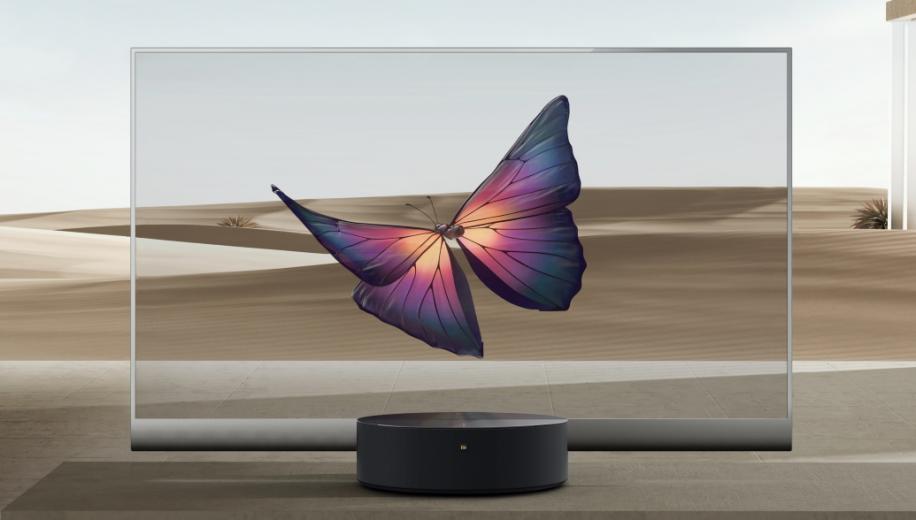 The Mi TV LUX OLED allows another step towards the kind of display technology that was seemingly once reserved for science fiction movies and is a taste of TVs to come. While transparent OLED displays have been around for a couple of years - LG periodically brings out its 55-inch model for special occasions such as the South Korean election broadcast earlier in the year, or the display at Harrods at the end of 2019 - Xiaomi’s transparent OLED looks to be aimed more at the consumer market. As such, the company is claiming it to be the world’s first mass produced transparent TV and moreover, at 49,999 yuan ($7,195) it’s the world’s cheapest as well.

The previous model in Xiaomi’s LUX series - a non transparent  65-inch OLED TV - used a panel from LG Display and it’s therefore reasonable to assume that the LUX Transparent Edition does too. This panel is a mere 5.7mm thick and delivers FHD (1920 x 1080 pixels) and is said to support 93% of the DCI-P3 colour gamut, over a billion colours, 120Hz refresh rate, a 150,000:1 static contrast ratio and a claimed screen response time of 1ms, making it a gaming friendly display.

The 55-inch television uses the high end MediaTek 9650 chipset which runs over 20 optimization algorithms and all of the processing units are embedded in the TV's round base stand which also houses the necessary I/O ports. The AI Master Smart Engine and dedicated optimizations for 5 major use scenarios mean the image is always presented in the best possible quality.

Other features of the new Mi TV LUX OLED Transparent Edition include Dolby Atmos, AOD (Always-on Display) and MEMC technology to deliver smoother and clearer motion reproduction. AI Master for Audio allows the device to intelligently detect the type of content playing and choose the most appropriate audio mode.

For software, the TV runs a custom version of the newly released MIUI for TV 3.0 whereby the user interface is specifically designed to better demonstrate the visual features and strengths of the transparent screen.

The Mi TV LUX OLED Transparent Edition is priced at 49,999 yuan and official sales start in China on August 16. Availability in other territories is not known.

Would you like to see this transparent OLED TV make its way to Western markets? Let us know in the comments section.