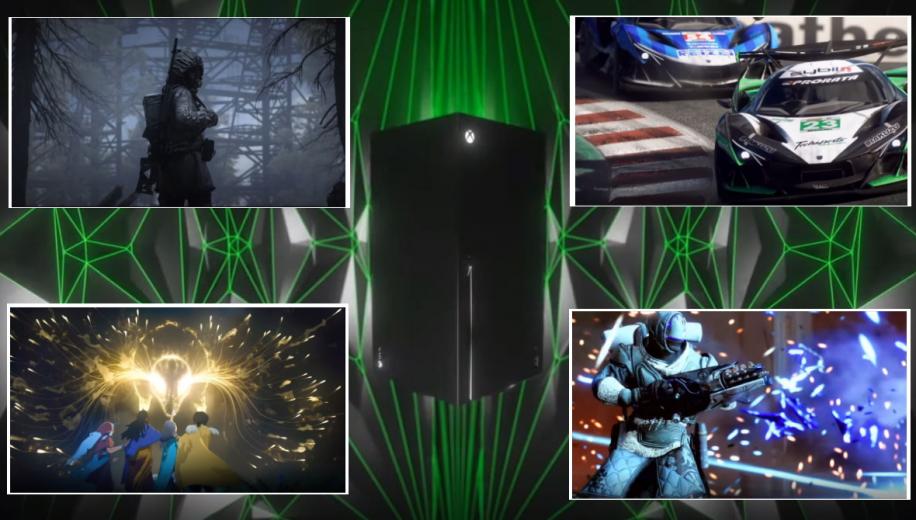 Microsoft’s online Games Showcase presented its upcoming line up of Xbox games and included a handful of exclusives for its nextgen Xbox Series X console along with a mix of world premieres and updated looks at already revealed games.

It was a whistle stop tour of just over 20 games which included a mix of genres from the first person shooter action of Halo Infinite and The Outer Worlds to the third person survival of State of Decay 3, picking up Forza’s racing sim and the platform adventure of Ori and the Will of the Wisps and Psychonauts 2 along the way and including narrative driven dramas and mysteries such as Tell Me Why.

The showcase started with a safe pair of hands in Halo Infinite which reintroduces us to the Master Chief in the process of getting kitted out with his armour and promptly crash-landing on a Halo ring which is purportedly larger than the last two games combined. The first look at the campaign gameplay shows Master Chief charging through The Banished at 60fps and the title has been built from the ground up to take advantage of the processing power that the new Xbox Series X console will possess. The trailer ends with a Thanos-a-like big bad calling the Master Chief out and urging him to “Fight hard and die well!”. Nice.

Halo Infinite is due for a Holiday release (so November onwards really) on Xbox Series X, Windows PC, Xbox One, and Game Pass.

State of Decay 3 is third person Zombie survival horror which featured a slick CGI presentation but no further details other than it being destined for the Xbox Series X and Windows PC platforms.

Turn 10 Studios are in early development for its Forza Motorsport entry for the Xbox Series X and are using the available power to bring ray tracing and native 4K to deliver unprecedented realism at 60fps. The footage presented had all been captured ‘in-engine’ and looked impressive.

UK based Rare presented footage of Everwild, an adventure game available on Xbox One, Xbox Series X and PC which features a distinctive pastel shaded look and is set in a world of strange looking creatures over which you, as a magically endowed ‘Eternal’ appear to live in harmony with. The game centres around the rhythms of the world that connect all living creatures and is coming to Xbox Series X, Windows PC, and Xbox Game Pass.

Tell Me Why Gameplay to Challenge Preconceptions

Meanwhile Dontnod Entertainment are breaking down barriers with the first playable transgender character in a mainstream game. In Tell Me Why, twins Tyler and Alyson share a supernatural bond which is explored as they set out to retrace their troubled past.  As with Dontnod’s previous game Life Is Strange, the story driven game will be released in chapters, starting on August 27th and coming to Xbox Series X, Xbox One and PC.

Moon Studios announced a special version of its Ori and the Will of the Wisps game which will be able to take advantage of the Xbox Series X’s power and run at 4K/120Hz with HDR enabled and to deliver silky smooth gameplay. New audio enhancements which can now be simulated in real time thanks to the Series X processing grunt will also be introduced to the experience and the new version of the game will be provided by Smart Delivery, whereby purchasing the game for the Xbox One automatically includes a Series X copy. If you upgrade your console later, Microsoft feeds the console the appropriate version of the game.

The Outer Worlds Gets Peril on Gorgon Expansion

September the 9th 2020 will see Obsidian’s schlocky 50s flavoured sci-fi RPG The Outer Worlds get the Peril on Gorgon DLC which adds intrigue and mystery as well as new quests and items. It’s the first of two planned expansion packs. The Outer Worlds base game is available on Xbox Game Pass and the Peril on Gorgon DLC must be purchased separately with Games Pass members getting 10 percent off.

Obsidian are also behind the Honey I Shrunk The Kids aping Grounded, where players have to survive in their back garden after having been shrunk down to the size of an insect. Working together in multiplayer mode they must to return back to normal size, while along the way avoiding the dangers of hostile bugs and making use of regular objects in new ways. According to the trailer its also perfectly ok to let your teammates get eaten by spiders as you push on alone. Coming to Xbox Series X and Xbox One, plus PC - early access is available from July 28th 2020 on Xbox Game Preview and Steam.

And Obsidian’s third contribution to the event was the reveal of Avowed, a first person RPG epic set in the world of Eora which asks whether an oath is worth the weight of a crown … or something. Coming to Xbox Series X and PC, It’s a passion project for Obsidian and looks like it could be a potential rival to Bethesda’s Elder Scrolls series.

Coming from smaller independent studio Interior/Night, As Dusk Falls is an interactive drama that invites you to step into the character's shoes to learn more about yourself. The game wants you to shape the fate of real, flawed protagonists as it takes you on a journey of family, resilience and sacrifice over 30 years in the American Southwest.

Ninja Theory is building on the huge success of Hellblade Senua’s Sacrifice with Hellblade II - Senua’s Saga, a sequel which will be built using Epic Games’ Unreal Engine 5, for Xbox Series X and PC and which will be using Icelandic locations as its game theatre.

If you really want to get noticed, why not have Jack Black sing the theme song to your game? Well that’s exactly what Double Fine have done for Psychonauts 2 which continues the tripped out platforming adventures of its predecessor.

Microsoft continues its close association with developer Bungie who are bringing an optimised version of Destiny 2 to the Xbox Series X which will be called Destiny 2: Beyond Light and which will run at 4K/60fps and is due on November 10th. In addition, from September, all Game Pass subscribers will get access to all standard edition versions of every Destiny 2 expansion so far. Game Pass Ultimate subscribers will be able to play on mobile from the cloud too.

There were several console exclusives announced too:

This long gestating sequel to the PC original set in the meltdown aftermath of Chernobyl is now coming to Xbox consoles.

The trailer shows a 4 man recon squad getting into difficulties as they attempt to clear out a hive on the world of Tertium.  Warhammer 40,000 Darktide’s Gameplay involves 4-player co-op where players will have to work together to survive the hordes of enemies. You’ve got until 2021 to work out your tactics on the Xbox Series X and PC.

A year after Tetris Effect was released on the PC with support for virtual reality headsets, it’s now been announced for Xbox Series X and Xbox One. You can get ‘Connected’ in the 2020 Holiday season.

The Gunk is a 3D action adventure game which sees you exploring a ‘good for nothing space rock’ and collecting an oily like goo with your handy arm-Dyson, which you can presumably then use as a weapon or to solve puzzles.

From Bloober, The Medium horror tale is told across two realities represented by dual screen gameplay to represent both of the worlds you inhabit as you encounter malign entities and solve puzzles. The Medium is coming to Xbox Series X and PC, though no release date was confirmed.

This PC-only franchise which Smilegate and Remedy are now bringing to the Xbox family (thus the added ‘X’ in CrossfireX) featured a cinematic trailer that mixed up the action cutscenes with the campaign first person shooter gameplay.

Microsoft had teased RPG fans with the wait but they were rewarded with a trailer confirming the much loved franchise was coming to the Xbox Series X under the guise of simply Fable.

Only 9 of Xbox Games Studio developers were showcased at the event so there is still plenty more to be revealed in the run up to the Xbox Series X console’s release at the end of 2020.

All the games on show at the event are (or will be) available via Games Pass.

Let us know what you think of this new line-up for the Xbox consoles in the discussion thread..