Microsoft stays with the ‘X’ branding 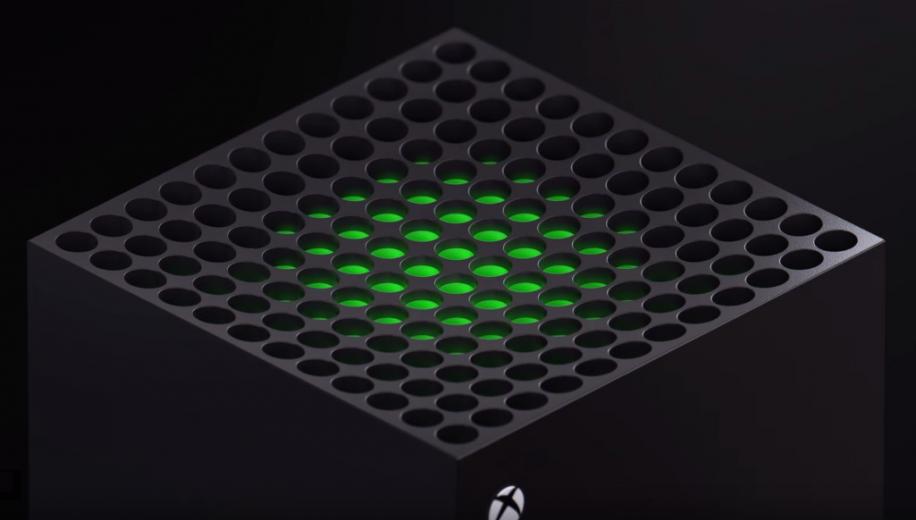 Speculation over the next Xbox console name comes to an end as the Project Scarlett nom de guerre is superseded by Xbox Series X. A new wireless controller is revealed too.

At the Games Awards 2019 recently, Microsoft unveiled the brand name of their upcoming Xbox console along with a new wireless controller, confirmation of the 2020 Holiday Season launch window and a major game title tease.

Now known as the Xbox Series X, a short video presentation gave the world a first look at the device which, in all honesty, has dropped any pretence of console-like aesthetics and now comes across more like a PC gaming tower. The Xbox Series X can be used in either a vertical or horizontal orientation depending on space availability but there feels like a definite ‘top’ end where a perforated panel lets the warm air escape, all the while keeping an ominous green glow at bay. There's an obvious optical disc drive embedded in the blocky facade too indicating that physical media is going to be with us for a while though there’s no confirmation regarding support for 4K movie Blu-rays yet.
In an interview with Gamespot, head of Xbox, Phil Spencer did confirm that the xCloud gaming service would be part of the package to allow players to enjoy more titles while playing remotely and with all progress and achievements linked to their normal account.

Microsoft is promising that the Xbox Series X will set a new bar for performance and speed, and that the ‘industrial’ design will enable four times the processing power of Xbox One X to be delivered in the most quiet and efficient way.

Backwards compatibility for gamer’s established libraries has been at the top of the designer’s goals and Microsoft is claiming compatibility with thousands of games from three previous generations of console.

The new controller appears only fleetingly in the presentation footage and features a ‘refined size and shape’ to accommodate a ‘wider range of people’. There’s a new Share button for capturing screenshots and clips, and the advanced d-pad from the Xbox Elite Series 2 Wireless Controller has been ported over. The new controller will be compatible with Xbox One and Windows 10 PCs, and will be included with every Xbox Series X.

The video presentation used established Xbox game iconography and included appearances from the Master Chief, and some shiny cars from Forza but more extensive game footage was demoed from Senua’s Saga: Hellblade II, a new chapter in the award-winning Hellblade story from Ninja Theory.

Whether the name Xbox Series X means there will be further iterations of the device was not made clear but variants have always tended to appear over the life cycle of modern gaming consoles so the ‘Series X' umbrella term may well allow for more affordable or powerful releases going forward.

There were no new spec announcements but Microsoft re-iterated the headline features of 8K compatibility, 4K visuals at up to 120FPS, support for Variable Refresh Rate (VRR), Auto Low Latency Mode (ALLM). A next generation SSD is said by the developers to virtually eliminate load times and the custom-designed processor AMD processor will deliver hardware accelerated ray tracing and a new level of performance “never before seen in a console.”

No price was hinted at but the release date of Holiday Season 2020 (which, for non US players, really means from late November onwards) is still on the cards.

A year’s not that long to wait now. What are you looking forward to most about the Xbox Series X console? The new levels of power? The backwards compatibility? Why not let us know in the discussion thread?