Xbox One S All-Digital Edition arrives in May

Is it game over for discs? 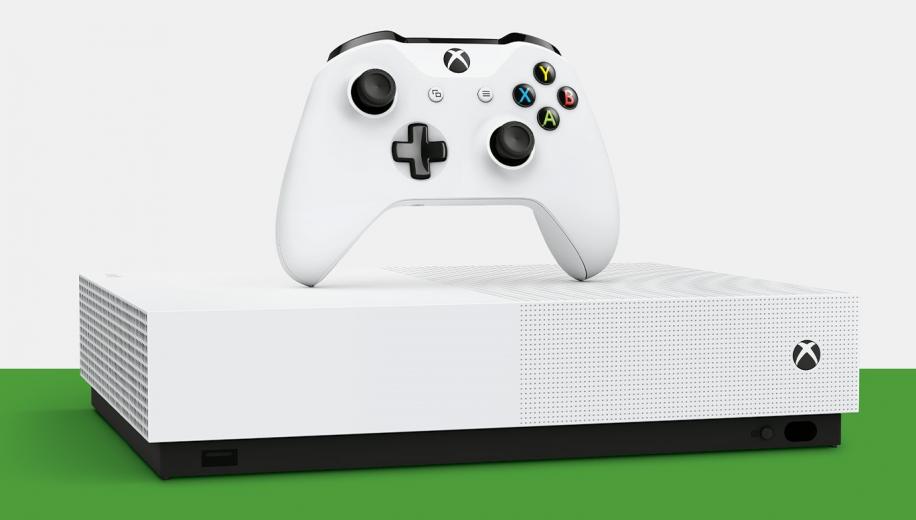 Confirming numerous reports and leaks, and arriving on May 7th, the new discless Xbox One S All-Digital Edition is aimed at gamers for whom owning and using physical media takes second place to downloading the experience there and then. Is it game over for discs?
A whole generation of players are now so fully embroiled in the online multiplayer worlds of Fortnite, PUBG, Overwatch, Rocket League and Rainbow Six: Siege that having no optical drive and saving some money will seem like a path worth taking. The Xbox S One All-Digital Edition will hit retailers with a price of £199 ($250), which is less than the current Xbox One S.

Xbox executive Jeff Gattis, said, "Gaming and technology have changed quite a bit since the first Xbox debuted in 2001. During this time, we've seen a digital transformation across gaming, music, TV, and movies," He went on, "The Xbox One S All-Digital Edition was created for those who prefer to find and play their games digitally and are looking for the most affordable way to play Xbox games."

So, if you have a large game or movie library in disc format, then this probably isn’t the console for you, though access to 4K HDR content on Netflix and other services remains. In fact, the All-Digital Edition matches the original One S spec-wise with a 1TB HDD, 8-core Custom Jaguar CPU @ 1.75GHz, Custom GPU @ 914 MHz and 8 GB DDR3 RAM @ 68 GB/s and all Xbox One accessories and previously purchased digital games will work with it too. At first sight, the One S All-Digital Edition seems like a smart buy for a discless warrior, it even comes with three pre-installed games - Sea of Thieves, Minecraft and Forza Horizon 3 and a discounted subscription to Xbox Game Pass, which entitles access to over 100 games.

One of the catches though is how Microsoft have split out online multiplayer access into their Xbox Live Gold package meaning that, in order to access the online games, owners will need the Game Pass and then, in order to play the multiplayer element of the games (often the main or even sole reason to play), the player will need the Live Gold subscription too. Microsoft offers a combined solution - the Game Pass Ultimate bundle at $15 per month to streamline the whole experience. At the end of the day though, that’s $180 per year on top of the cost of the console to maintain access to your gaming library and keep your gaming experience alive.

This release does seem to support a move by Microsoft towards digital ecosystems and their Project xCloud service will enter beta later this year. Games companies have seen how successfully a Netflix style subscription service has worked for film and TV streaming services and are now gearing up for their own versions. Google recently announced Stadia, with ambitious 4K and 60fps specs supported by their enormous cloud based computing power.

The landscape for games is changing and companies will have to adapt to survive. However, it’s not just down to likes of Microsoft, Sony and Google though, gamers themselves will have to adapt to the new frontier. Canvassing views about the new console from gamers, the BBC quotes owner of the Xbox One UK community, Jon Pettman-Tideswell, as ‘reluctantly’ moving away from discs. He goes on to say "It's about testing the water for what the next generation of gamers are looking for. It'll be an interesting experiment..."

Jeff Gattis confirms this, "Given this is the first product of its kind, it will teach us things we don't already know about customer preferences around digital and will allow us to refine those experiences in the future. We see this as a step forward in extending our offerings beyond the core console gamer and continuing our journey to reach more than 2 billion gamers worldwide."

So for those with games and movies stacked high on shelves or those with a poor internet connection, Microsoft’s upcoming E3 announcement about their next generation Xbox may be of more interest, though if there's be two versions - one with a drive and one without - then everyone’s happy.