Definitely NOT a stocking filler 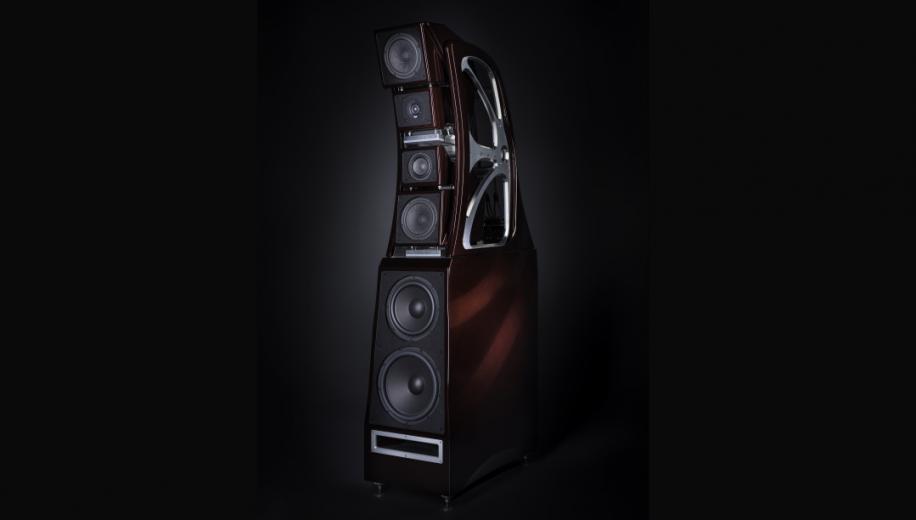 Drawing on key elements of the impressive WAMM Master Chronosonic speakers, Wilson Audio’s new Chronosonic XVX, first demoed at the Rocky Mountain Audio Fest in September, offers a similar attention to detail and stunning design for around 50 percent of the cost. Don’t hold your breath though, that’s still £330,000.

Wilson Audio has made it the company’s mission to create a reference, laboratory grade loudspeaker that passed a complex music signal with unprecedented accuracy. The resulting WAMM (Wilson Audio Modular Monitor) was, as the acronym suggests, a modular approach where each separate module could be adjusted in relation to the others depending upon the listener’s position, in order to minimise any timing issues.

Now, the latest version of the £700K WAMM Master Chronosonic similarly removes design and component constraints by having no limit on resources and, as well as the modular layout, the Chronosinic XVX features several other innovations.

The first is the new Alnico (Aluminium, Nickel, Cobalt) QuadroMag midrange driver. In development for three years, this combines the Alnico magnets which feature an entirely new quadrature geometry which improves efficiency and lowers distortion.
Nestled within an open architecture Gantry support system, the Chronosonic array consists of the all new QuadraMag midrange driver, a modified 4-inch midrange from the WAMM, above this is a Convergent Synergy Mk.5 tweeter and finally, a second QuadraMag driver sits atop all this forming an unusual MTMM arrangement.

Within this upper array, the top QuadraMag driver and the Convergent Synergy tweeter can be adjusted using a micrometer system, as can the lower QuadraMag and 4-inch midrange by using a second, separate micrometer adjustment system. In addition, each driver can be altered individually in relative position within the array. This complex mechanism resides at the heart of the Chronosonic XVX’s time-domain accuracy and facilitates the loudspeaker’s optimization for nearly any room and listening geometry.

In the volume-optimized, ultra-low resonance enclosure in the lower half of the construction sit a 10-inch and 12-inch woofer.

Wison has spent decades determining the best construction materials by using specialist measuring devices such as their Laser Doppler Vibrometry system which can measure resonance movements down to a single nanometre. The company now uses its proprietary ‘S’ and ‘X’ composite materials for its enclosure construction.
Other important design innovations that contribute to the unique look and feel of these speakers include the new custom designed and manufactured capacitors for the carbon fibre housed crossover - Wilson Audio set up its own division purely to create these components.

The Chonosonic XVX’s finish is created by layers of gel, base colour, clear or satin coats and a final hand polish.

The Chronosonic XVX is available in the UK via Absolute Sound at £330,000 per pair.

Clearly not for mere mortal AV fans, is anything that isn’t a house really worth over a quarter of a million pounds? The Chronosonic XVX is likely to be more of an interesting talking point rather than something any of us will get to hear. Let us know your thoughts in the discussion thread.