What is IMAX Enhanced?

Superior audio and video delivered as the filmmakers intended 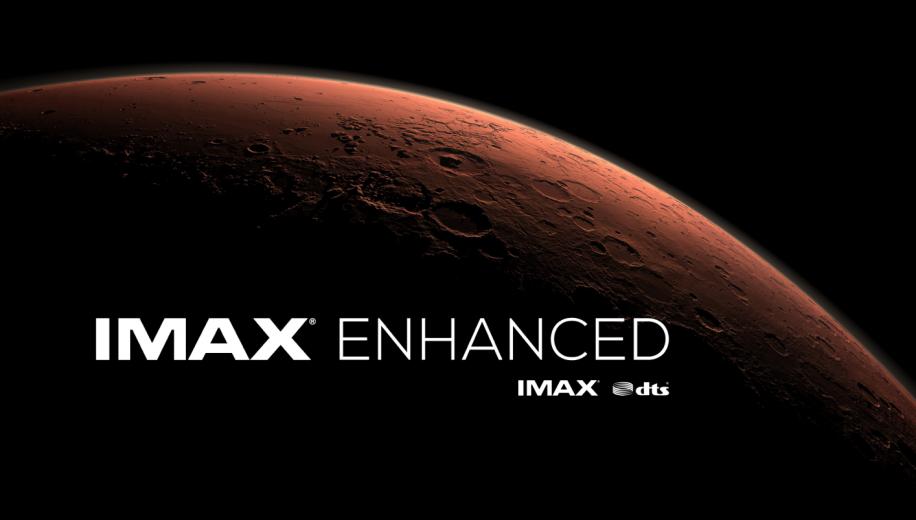 IMAX has announced a new consumer licensing and certification programme called IMAX Enhanced. It sounds exciting, but is it simply another version of THX, or a completely new audio and video experience?

In actual fact, IMAX Enhanced is a bit of both: there's a hardware certification process, combined with specially created versions of content that has used IMAX’s digital re-mastering process. The programme was developed by IMAX in partnership with DTS, and can be seen as their response to the current dominance of Dolby’s Vision and Atmos formats, as well as the growing irrelevance of THX as a standard of quality.

IMAX Enhanced content will have specific improvements made for both image and sound. In terms of the picture, all content labelled IMAX Enhanced will have either been shot on native IMAX cameras or have gone through IMAX’s proprietary image enhancement process (IMAX DMR).

The aspect ratio will also be consistent with the filmmaker's intentions, but IMAX Enhanced titles that were shot with IMAX cameras or specially formatted for IMAX theatres will also include an expanded aspect ratio for the film’s home release to show consumers more picture on their TV.

As with the picture, enhancements are also applied to the audio, with IMAX working side-by-side with the filmmakers and the original sound team to create a custom soundtrack optimised for an IMAX theatre’s point-source surround sound.

This proprietary IMAX audio mix is then optimised for home theatre environments by DTS, and exclusively delivered using a special variant of its DTS:X codec, which is integrated into IMAX Enhanced home entertainment equipment to deliver immersive and powerful sound.

IMAX and DTS haven't released a great deal of technical information yet, but what we do know is that IMAX Enhanced content is intended to deliver an optimal 4K and HDR experience on screen sizes of 65 inches and larger at launch. It will definitely support the industry standard HDR10 base layer, along with HDR10+, and possibly other types of HDR dynamic metadata as well.

At the moment, the majority of films are finished in the DCI-P3 colour space, but IMAX has the capability to master in the full Rec.2020 wide colour gamut. It's ultimately an artistic choice, but films such as The Jungle Book have already used colour spaces that were wider than DCI-P3 for certain scenes in their IMAX presentations . That means theoretically an IMAX Enhanced film can use a colour gamut that is wider than DCI-P3. However, given that many displays already struggle to produce 100% of DCI-P3. that does raise the question of whether a display is actually capable of showing the wider colour gamut correctly.

In terms of frame rate and bit rate, this is often determined by the filmmaker or studio, and IMAX will support their creative vision while aiming to deliver the highest quality content in any given format. It will be interesting to see how IMAX Enhanced compares to Dolby Vision, which already delivers 4K HDR with dynamic metadata, and can theoretically use a colour space wider than DCI-P3.

On the audio side, IMAX Enhanced content supports both 5.1 and 11.1 formats using a special variant of the DTS:X codec designed to deliver the IMAX signature sound experience.

IMAX plans to release IMAX Enhanced versions of a wide range of films and documentaries on both 4K HDR streaming and Ultra HD Blu-ray Discs. Initial titles are expected to include IMAX’s own productions, as well as studio films that were released in IMAX theatres. Only digital retailers that are authorised for the IMAX Enhanced program will be able to distribute IMAX digitally re-mastered content.

This means that if you stream an IMAX Enhanced movie or watch an IMAX Enhanced disc on a non-IMAX display, you will still get the best possible quality version of the content on the device on which you are viewing it. However, it will not be optimised to deliver the same high level of experience if you were watching or listening to it with an IMAX Enhanced device.

To date IMAX, Paramount, and Sony Pictures have announced their intention to release IMAX Enhanced content. The first two IMAX Enhanced 4K Ultra HD Blu-rays are A Beautiful Planet and Journey to the South Pacific, both of which are released in the US on the 11th of December. We can expect more titles to be added over the coming months.

What is IMAX Enhanced hardware?

In terms of hardware, home cinema products like TVs, projectors, receivers, processors, and soundbars must meet certain specifications to qualify for IMAX Enhanced certification. These specifications are set by a committee of IMAX and DTS engineers and Hollywood’s leading technical specialists, with the intention of ensuring that all certified devices deliver flawless playback of picture and sound.

To ensure this, there will be an IMAX Calibrated Mode on these devices that will be optimised to guarantee that playback is exactly as filmmakers intended.

What are the benefits of IMAX Enhanced hardware?

IMAX Enhanced Displays: These must meet additional requirements over and above what most 4K UHD TVs and projectors deliver today in order to receive the IMAX Enhanced program certification. The IMAX Enhanced program guarantees to the consumer that they have chosen the best displays that meet the program’s standards across proper calibration, resolution, colour, brightness, contrast, scale of image and sound capabilities.

IMAX Enhanced A/V Receivers and Processors: These must include DTS:X technology and will deliver additional features such as auto-sensing of IMAX Enhanced content. These audio products will feature DTS:X immersive audio decoding that is optimised for IMAX’s signature sound experience to properly reproduce the full dynamic range of IMAX theatrical sound mixes available with IMAX Enhanced content.

IMAX Enhanced A/V receivers and processors will provide consumers with a pre-set IMAX Mode that will reproduce audio at the highest levels in the home from both a performance and quality standpoint. In addition, IMAX Enhanced content provides guidance on the reference volume levels that the filmmaker used during the original IMAX theatre release.

IMAX Enhanced Speaker Layout: For optimal playback of IMAX Enhanced content, the recommended speaker layout for an IMAX Enhanced system is 7.2.4 with seven speakers in the horizontal plane, two subwoofers and four height speakers. However, the minimum layout for IMAX Enhanced A/V receivers and processors is 5.1.4 channels.

IMAX and DTS understand that for various reasons consumers may need to install fewer speakers than the recommended and minimum layouts noted, and in such cases the spatial remapping engine included in the DTS:X decoder will properly render and remap audio to the available speakers.

Who is releasing IMAX Enhanced hardware?

The first IMAX Enhanced products are already available from Denon, Marantz, and Sony.

An IMAX Mode will be added to Denon’s currently available 13.2-channel AVR-X8500H A/V receiver in early November, and will also be added to the manufacturer's just-released AVR-X6500H and AVR-X4500H A/V receivers via an IMAX Enhanced firmware upgrade in February of next year.

Marantz's will also be adding an IMAX Mode to its 13.2-channel AV8805 A/V processor in early November, followed by its SR7013 and SR6013 A/V receivers in February 2019. It will be interesting to compare the IMAX Enhanced DTS:X soundtracks to the regular object-based versions.

Finally, Sony plans to add an IMAX Calibrated Mode to its AF9, AF8 , and A1 4K OLED TVs, along with its ZF9 and XF90 4K LCD TVs. In addition, the company plans to update its VW270, VW570, and VW870 4K projectors with IMAX Enhanced certification. We will, of course, test Sony's displays to see how they perform with IMAX Enhanced content and measure the accuracy of the IMAX Calibrated Mode.