What is Contrast Modulation? 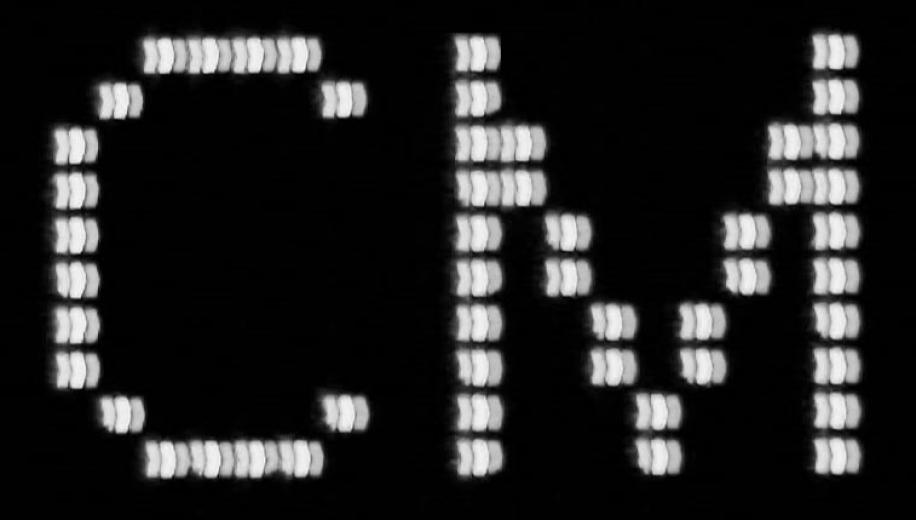 How do you measure the resolution of a display panel? It seems like a relatively simple question with an equally straightforward answer – count the number of pixels. Unfortunately, it’s not quite that simple.

The obvious approach of counting the actual pixels is referred to as addressability. This method simply measures the number of complete pixels in a panel that can be separately and adequately controlled.

However, resolution doesn’t just refer to the absolute number of complete and controllable pixels, it is also defined by how well those pixels can be rendered separately and distinctly to the eye. This is called distinguishable resolution.

The question of how you measure the distinguishable resolution centres around which methodology is best suited for such a measurement and how to interpret the results. To provide some clarity, the Society for Information Display (SID) set-up the International Committee for Display Metrology (ICDM).

This committee is largely focused on the production of the Information Display Measurements Standard (IDMS), which ultimately will have about 140 display measurements covering every area of a display’s performance. The IDMS is intended to include nearly every display technology for multiple user types, from display manufacturers to consumers.

The IDMS was first released in 2012, and is intended to be the “go-to” document for standard measurement procedures to quantify electronic display characteristics and qualities. It is the culmination of years of effort by engineers and scientists across dozens of organisations to codify the science of display measurement, while explaining some of the difficulties associated with making measurements, and offering solutions to help make them properly.

The IDMS has benefited from the expertise of display metrologists, electrical, mechanical, software and optical engineers, physicists, vision scientists, and many other display-related disciplines. The IDMS is freely available, thus helping to establish the included techniques as the universal choice for display measurements. The measurement standards are also constantly evolving to reflect the development of new display technologies.

The IDMS includes many different display measurements, but one specific method has been attracting a lot of press attention recently: contrast modulation (CM).

While addressability refers to the number of complete pixels that can be separately and adequately controlled, contrast modulation is used to define how separate and distinct the pixels appear to the eye.

Contrast modulation measures the ability of a display to distinguish a pattern of alternating, one-pixel-wide white and black lines. The higher the percentage of these lines a display can realise, the clearer the images and text will appear.

Text (and graphics) resolution requires crisp edge definition and clear whites and blacks. The resolution is defined by the maximum number of alternating black and white lines that can be displayed. Any measurement above this threshold of 50% produces alternating lines that are highly visible.

Image resolution typically does not require sharp changes in luminance (brightness), so for displays showing images rather than text or graphics the resolution is defined using a lower threshold. A pattern of alternating black and white lines with a contrast modulation measurement of 25% should still be visible.

It’s worth pointing out that contrast modulation was originally established for measuring the resolution of CRT displays. As a result, the ICDM is currently in the process of developing new measurement techniques to reflect the recent developments in display technologies, which will hopefully result in more relevant data.

While the ICDM has established various methods for measuring the resolution of a display – of which contrast modulation is only one – it doesn’t set compliance values for any of these measurements because that’s the job of other standards organisations.

This means that while a contrast modulation of 50% for text resolution produces alternating lines that are highly visible, it’s not a compliance threshold. The same goes for image resolution, where a contrast modulation of 25% produces alternating black and white lines that are still visible. These thresholds are merely suggestions based on the tasks described, and different tasks may require different thresholds to be used.

If it isn’t up to the SID or ICDM to set compliance values, then who does? There are a number of standards organisations, including the ISO (International Organisation for Standardisation), the IEC (International Electrotechnical Commission), VESA (Video Electronics Standards Association), and ANSI (American National Standards Institute).

The ISO and ANSI have both set the minimum contrast modulation threshold at 33%, while the IEC and VESA have set the threshold for text resolution at 50% and image resolution at 25%.

In addition, the Consumer Technology Association has defined the resolution for 8K as at least 7680 horizontal and 4320 vertical pixels, measured in accordance with the IDMS guidelines of a threshold for text resolution at 50% and image resolution at 25%.

However, the 8K Association has only listed a minimum resolution of 7680 x 4320 pixels with no mention of contrast modulation – although there are additional performance and interface specifications that haven’t been made public yet.

Does it really matter?

There’s no denying that big contrast modulation measurements look great in marketing materials, but in reality they mean very little. That’s because the kind of distinguishable resolution being measured can only be seen when viewed up close. At any sensible viewing distance, the ability to recognise individual pixels becomes increasingly hard, and other factors gain greater importance.

This is why the 8K Association looks at a number of criteria unrelated to resolution when determining the capabilities of an 8K display. As a result, factors such as frame rates up to 60p, a minimum peak luminance of 600nits, HEVC decoding, and at least one HDMI 2.1 input are just as important as how many pixels you can see under a microscope. When it comes to Ultra HD resolutions like 4K and 8K, it's always been about delivering better pixels and not just more pixels.
To comment on what you've read here, click the Discussion tab and post a reply.
News Discussion (12)