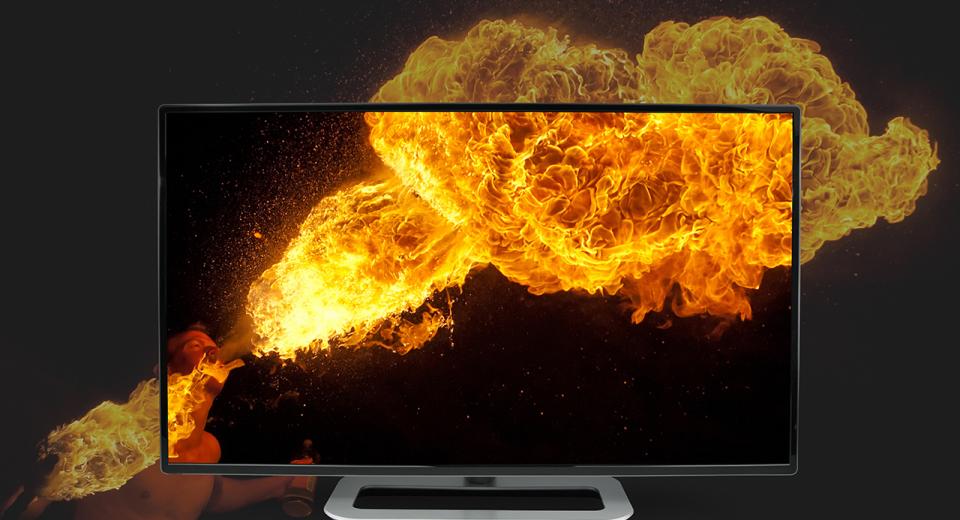 Dolby Vision and High Dynamic Range (HDR) are two of the big buzz words at CES this year.
Netflix has already announced support for content mastered in HDR, whilst most of the manufacturers are also releasing TVs that support the new standard. Even Panasonic's prototype Ultra HD 4K Blu-ray player will support HDR, so it looks as though Dolby Vision is here to stay. Now Warner Bros. have announced the first slate of 4K titles mastered in the Dolby Vision, including recent blockbusters like Edge of Tomorrow, Into the Storm, and The Lego Movie; all of which are scheduled for release in early 2015.

Dolby Vision, a complement to both HD and 4K, is a new imaging technology that helps content creators and television manufacturers deliver a dramatically different visual experience - with higher brightness, more contrast, and a wider colour space - that brings entertainment to life before your eyes via over-the-top (OTT) online streaming, broadcast, and gaming applications.

“The future of imaging and television is full of amazing possibilities, and we’re eager to expand our partnership with Dolby to deliver a steady pipeline of Dolby Vision titles, starting with Edge of Tomorrow, Into the Storm, and The Lego Movie, to consumers in 2015,” said Jim Wuthrich, President, Americas, Warner Bros. Home Entertainment. “By leveraging Dolby Vision to unlock artistic intent in a completely new way, we are able to provide home audiences around the world with dramatically enhanced picture quality that fully engages their senses and brings Warner Bros. movies to life in their living room.”

The initial lineup of titles has been remastered on the FilmLight Baselight system, for the first time using Dolby Vision, and includes greater brightness in a fuller palette of rich new colors and deeper nuanced darks never before seen on TV. Dolby and Warner Bros. are collaborating to prepare the initial slate of titles in time for the launch of Dolby Vision technology enabled TVs, as well as a pipeline of additional catalog and new release titles throughout 2015.