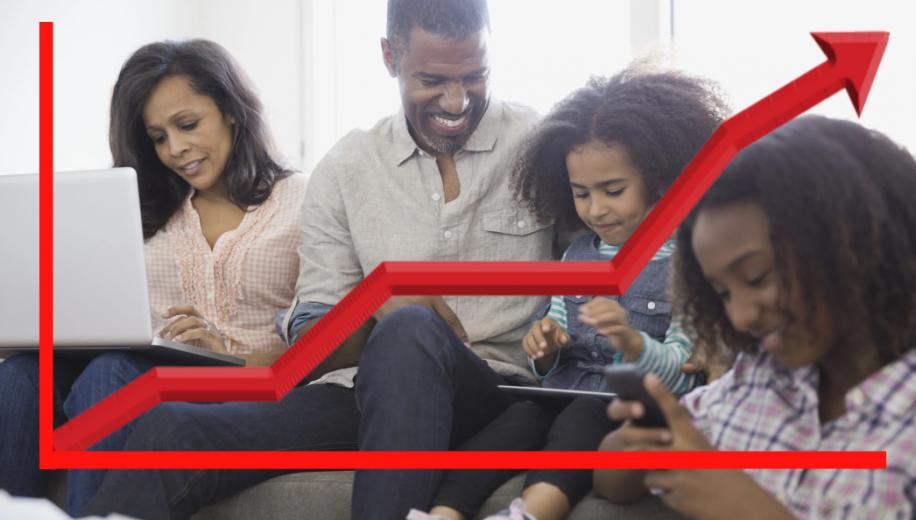 As the UK follows several other European countries into government sanctioned lockdowns in response to the coronavirus emergency, millions of additional people are using the internet for work and entertainment during the day. Domestic internet providers say they are up to the challenge.

Virgin Media Chief Technology and Information Officer, Jeanie York issued a blog post describing how the company's network has been designed to withstand ‘periods of very high demand, including traffic spikes during exceptional events’. Part of the process of designing and operating network infrastructure is to be able to predict and handle these unexpected and uncommon increases in demand, she explains.

Due to the imposed Covid-19 stay at home conditions, both Virgin Media and BT Openreach are paying close attention to the new data usage patterns and report that the increase in daytime traffic has yet to exceed the bump in demand that usually takes place in the early evening when the public returns home from work under more normal circumstances - conditions that the networks have been built to easily withstand.

York commented, “Downstream traffic has increased around 50% during daytime hours but demand is still significantly below levels we experience in the evening peak.”

A BT Openreach spokesperson told the BBC, "We've seen a circa 20% increase in daytime usage over our fibre network, but that's in line with what we expected and not as high as the usage levels we see during evening peak times."

Meanwhile, Facebook joins the growing list of platforms that have announced reductions in their video quality in moves designed to lower the demand on European networks.

Facebook’s changes will apply to both its main service and Instagram.

Led by Netflix, Amazon Prime Video, Apple TV+ and Disney+ have all lowered their streaming bitrates in Europe for 30 days. Google’s YouTube has taken a slightly different approach and dropped its videos to standard definition quality rather than high definition or 4K, although viewers can override this if they wish.

The moves are in response to a call by EU Commissioner Thierry Breton to ease the strain on networks as a result of so many people using the internet at home during the coronavirus crisis.

The measures are being implemented in other territories as well. Amazon Prime Video has joined YouTube, Facebook and Netflix in lowering video quality in India, as the country locks down its population of 1.3 billion.

An Amazon spokesperson said, “Amazon Prime Video is working with local authorities, mobile service providers and Internet Service Providers (ISPs) where needed to help mitigate any network congestion, including in India where we've already begun the effort to reduce streaming bitrates whilst maintaining a quality streaming experience for our customers.”

Elsewhere, the BBC has said it will no longer trial programmes in 4K on the BBC iPlayer as a 'precautionary measure' and that it was prepared to automatically reduce the data used if networks are congested.

Let us know in the discussion thread how these measures are affecting you.