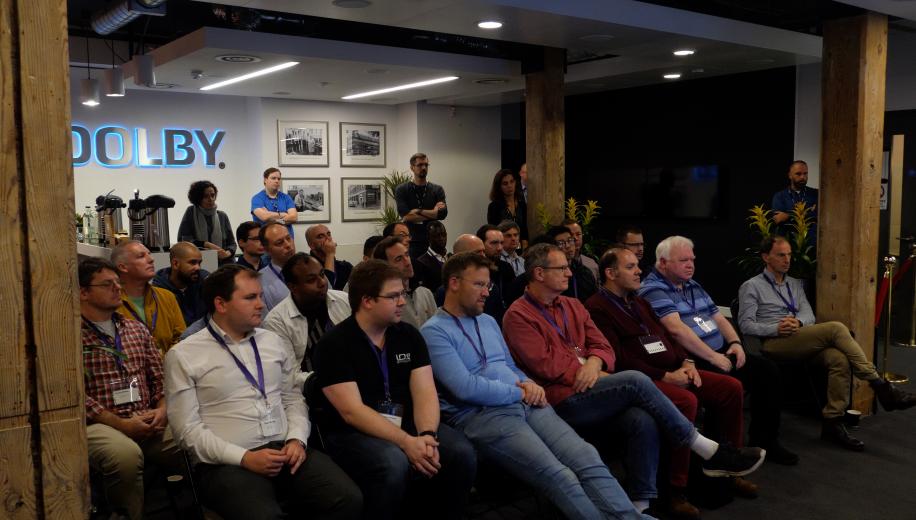 Philips held a demo night at the Dolby HQ in Soho to show off their 3rd-Gen P5 processor and Dolby Vision.

Around 30 readers responded to the invite from Philips on AVForums to attend this once in a lifetime chance for normal AV enthusiasts to see behind the scenes at Dolby as well as experience the new OLED+ TVs from Philips.

The evening started with a demo from Philip's image maestro Danny Tack showing the new OLED+984 and two other TV sets. The purpose of the demo was to show the difference between the normal Movie mode as the director intended, and the new 3rd-Gen P5 vivid mode which Danny believes improves the image quality with better motion, colour and sharpness without taking too much away from what the director intended to be seen. This was no easy task given all 30 readers from AVForums are very much in the creator's intent court.

Following the demo session, the attendees were split into three groups and moved between different demo rooms, which included a session with the Bowers & Wilkins speakers on the new TV, the Dolby Cinema and the grading room where AVForums readers had the chance to see the Dolby Pulsar professional monitor and how Dolby Vision is created. This was then shown on a Philips OLED804 to see how close it can get to matching the studio monitor.

After all the demos it was then time for a drink and chat as well as one lucky attendee winning a Philips OLED TV.

We covered the evening and interviewed the presenters in our video report which has even more detail about the demos and what the AVForums members thought of the evening. Feel free to add your thoughts and comments in the discussion thread by clicking the tab above.

Philips TV’s with HDMI 2.1 and Dolby Vision IQ due in time

Philips TV’s with HDMI 2.1 and Dolby Vision IQ due in time