Diminutive subwoofer with the X-Factor 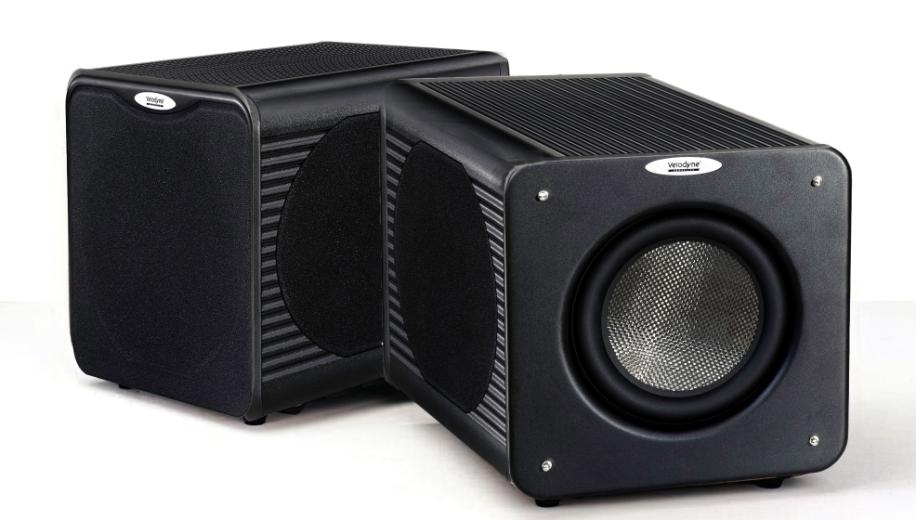 The latest in Velodyne’s MicroVee subwoofer family is the MicroVee X which adds Carbon Kevlar drive units and its own dedicated remote-control functionality.

Having launched the original MicroVee in 2006 and given the range a boost with the MicroVee MKII in June 2020, Velodyne has further added to its stable of compact subwoofers with the launch and shipping of the MicroVee X in the UK.

With a cabinet size of 230 x 230 x 250mm (WxHxD) and weight of 9kg, the MicroVee X is designed to deliver bass for smaller rooms while providing placement options. However, this sub is equally at home partnering larger systems in bigger spaces and for those that like their AV equipment on display, the renewed extrusion tool on the MicroVee X has the effect of giving the fluted aluminium casing nicely radiused edges for an appealing look.

The MicroVee X delivers 800W dynamic (300W RMS) of power from its Class AB amplification, and although this is lower than the quoted figures for its predecessor, the current capability of the new amp design is higher than the MKII and thus delivers a considerable up-tick in performance for the MicroVee X, allowing for a 15-percent volume increase across the frequency range when compared with its forebears.

Also on board is Velodyne’s exclusive Digital Drive Control System (DDCS) which is an active signal-based approach that delivers linear cone movement, controlling the unit’s frequency and distortion characteristics. Typically, the MicroVee X manages to reduce distortion to only around 16-percent of the values of comparable models.

The forward firing 6.5in active driver is a high excursion double vented basket driver with PP inforced membrane and is combined with two side-mounted passive radiators of the same size, producing robust, musical bass and making the MicroVee X a genuine multi-application sub for music, home cinema and gaming, so says Velodyne.

Furthermore, Velodyne Acoustics’ Subwoofer Direct feature is also included, which gives the option to bypass the internal crossover for improved performance, alongside the patented Energy Recovery System which increases the efficiency of the unit.

Martin Morecroft, MD of Redline says, “There is nothing small about MicroVee X’s abilities and its obvious placement advantages and attractive aesthetics add another dimension to its appeal.”

Available in black and white satin finishes, the Velodyne MicroVee X compact subwoofer is priced at £1095 and is ready to ship via UK distributors Redline Distribution.