The shape of things to come? 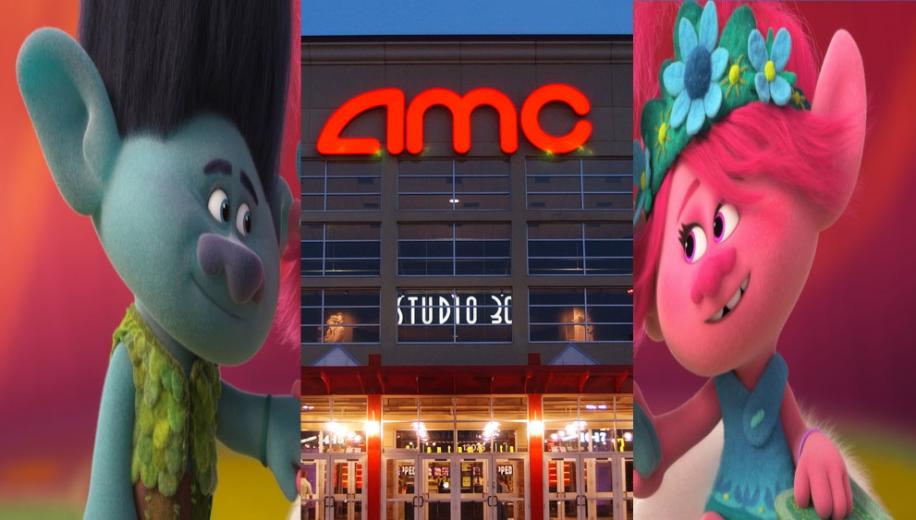 Universal and AMC have entered into what could be a game changing agreement which will see the studio’s films make their way to video on demand services just 17 days after a theatrical bow.

Now the brouhaha and posturing has settled down, Universal Studios and AMC Theatres, the world’s largest cinema chain, have announced an agreement which will see the theatrical release window dramatically shrink from the traditional 90 days to just 17, including three weekends.

After this period, Universal can choose to exercise the option to move to Premium Video On Demand (PVOD) or continue with the usual release window, which remains unchanged. Audiences should therefore not expect blockbusters such as F9 or the next Jurassic World installment to be available on PVOD after 17 days. Instead, the studio will most likely use the new deal to get it’s mid budget offerings, comedies and horrors to PVOD after their quick peak in cinemas.

Although details of the deal have not been disclosed, the fact that premium rental services are specifically mentioned means that initial rental prices will be the usual $19.99 for a 48 hour viewing window. Reduced pricing and budget offers will not be available any more quickly than they currently are now. The Hollywood Reporter quotes sources as indicating AMC may receive 10 percent of each rental.

The multiyear deal is only relevant in the US so AMC, which owns the UK’s Odeon Cinema brand, and Universal will be continuing negotiations for European and Middle Eastern territories within the next few weeks.

The deal is recognition of the fundamental change that Covid-19 has imparted on society and that business practices must change in order for both producers and distributors of movies to survive. AMC was reportedly close to collapse due to the extreme financial pressures imposed by lockdown. However, after recently renegotiating the terms of its debt and now entering into this deal with Universal, its future is a little more certain.

Currently just a one off deal between a single studio and cinema chain operator, the industry will obviously be watching very closely. Expect AMC to be talking to other studios soon and other theatre owners to be entering into their own negotiations too.

It’s a far cry from a couple of months ago when both Universal and AMC entered into some fairly provocative sabre rattling after Universal revealed that Trolls World Tour earned over $100 million on PVOD with Universal CEO Jeff Shell espousing date and date theatrical and PVOD releases while AMC chief Adam Aron announced his company would cease to show Universal studio movies going forward.

Clearly summon ground has been found and, in a joint release, Universal and AMC said they reached the historic agreement based on their "shared commitment to a mutually beneficial long-term partnership that is focused on serving consumers worldwide, while preserving and enhancing the theatrical experience."

Donna Langley, chair of Universal Filmed Entertainment Group said, “The theatrical experience continues to be the cornerstone of our business. " She added, "The partnership we’ve forged with AMC is driven by our collective desire to ensure a thriving future for the film distribution ecosystem and to meet consumer demand with flexibility and optionality.”

AMC’s Aron explained, “AMC enthusiastically embraces this new industry model both because we are participating in the entirety of the economics of the new structure, and because premium video on demand creates the added potential for increased movie studio profitability, which should in turn lead to the green-lighting of more theatrical movies. This multi-year agreement preserves exclusivity for theatrical viewing for at least the first three weekends of a film’s release, during which time a considerable majority of a movie’s theatrical box office revenue typically is generated."

So, as expected, cooler heads have prevailed. What do readers think about this new deal? Is it beneficial to the customer to get films into the home as soon as possible? Is this enough to ensure the survival of cinemas? What do you think the other studios and exhibitors will do? Let us know in the discussion thread, we’d love to hear from you.