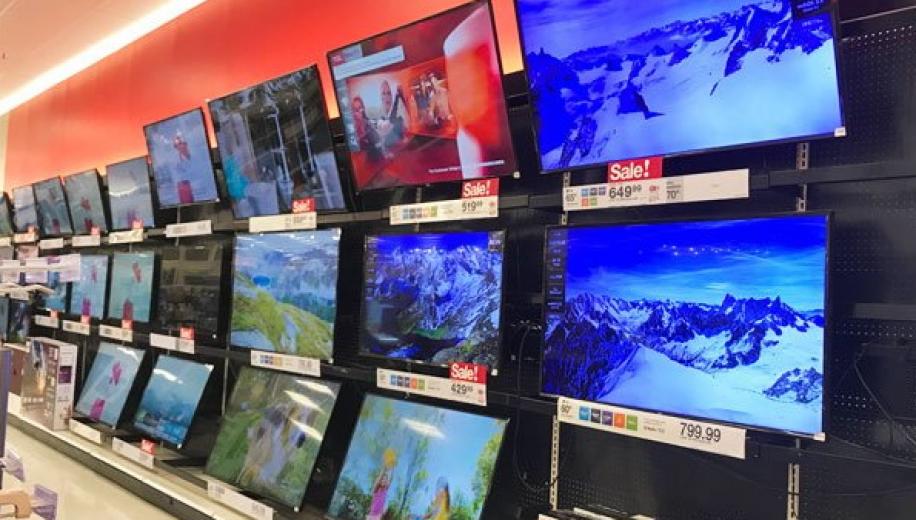 Shipments of TVs during Q2 are expected to plunge by almost 10 percent as the Covid-19 pandemic changes the current face of manufacturing and consumer shopping.

Market analyst Omdia has released figures that show the impact the world’s coronavirus countermeasures are expected to have on TV sales going forward.

The reversal of fortune in the TV market is seen as somewhat sudden given that only a month ago there was a hope for a mild improvement in TV shipment growth even in the face of interruptions to manufacturing that regional coronavirus outbreaks were having, mainly in the production powerhouses of China and South Korea.

However, since the arrival of Covid-19 as a pandemic, huge swathes of the world’s populations remain locked down as part of mitigation measures introduced by governments around the globe to combat the disease.

Paul Gray, research director, consumer devices for Omdia, commented that “concerns about supply interruptions have been eclipsed by rising industry anxiety over a coronavirus-driven demand crash.”

Restrictions on movement mean daily life is disrupted for millions and many consumers are facing uncertain income conditions meaning food and medicines remain priority purchases until the restrictions are lifted. The uncertainty over when this will be has had a knock on effect on consumer shopping habits coupled with the closure of non essential shops, which includes many stores where household electrical goods would normally be purchased.

The irony is that given the lockdown conditions, many consumers would consider a big ticket item such as a TV a worthwhile purchase as it would provide a much needed source of entertainment and news updates. A recent report from data analysis firm GfK indicated that the week prior to the UK lockdown saw a surge in demand for TVs with screen sizes under 42-inches to be used in non-family living areas around the home.

The forecast plummet in demand has been exacerbated by the postponement of the 2020 UEFA European Football Championship and Tokyo 2020 Olympic Games, two global sporting events that would normally have provided a significant bump in TV demand in response to promotional activities by TV manufacturers. This surge in demand may still be seen when the rescheduled events take place in 2021.

Gray explained that such annual declines in demand and sales are not unusual on a regional level but the global scale of these declines is unprecedented. “This phenomenon has never been seen in the history of the TV market.”

Omdia expects the second quarter to shoulder the burden of the demand drop as retailers now cancel orders from TV manufacturers. From the start of March, shipments are expected to fall by 16 percent compared to the same period last year with Q2 shipments falling off a cliff to the tune of 40 percent in Europe and North America.

Looking past the worst of the current downturn beyond a poor 2020, China's manufacturing is now slowly recovering and historical/long-term data shows that the television market’s fortunes are not always tied to that of the wider economy and that growth is still probable even with an overall stagnant economic performance.

“Developed markets shrugged off the 2008-2009 recession and television sales still grew solidly,” Gray said. “This is largely because television remains good value entertainment—far cheaper than going out. However, it’s certainly true that emerging countries’ TV markets are tied to the broader economy. We have already seen some anecdotal evidence that some consumers purchased TV sets before undergoing isolation measures. Omdia also expects that a flurry of rescheduled sports events in 2021 will boost television sales.”