“It’s going to be a really bumpy three years” 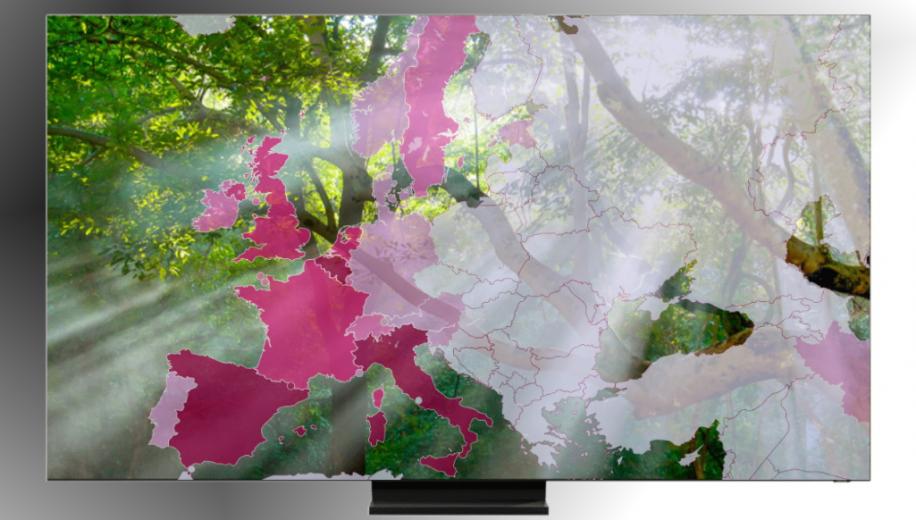 Sales of TVs in Europe could fall by as much as 40 percent in the second quarter of 2020 as a result of the challenges thrown up by the coronavirus pandemic.

Speaking exclusively to AVForums, TV industry analyst Paul Gray (Twitter @paulgray_DS) revealed a potentially huge fall of up to 40 percent in sales of TVs in Europe in the April - June period compared to the same period last year. This is a result of the double whammy of both supply and demand issues.

Ordinarily, only one of these would be a problem at any one time but with the initial supply chain disruption caused by the closure of manufacturing in the Wuhan area of China (among others) during the early part of the pandemic, followed by TV factory shutdowns in Europe, coupled with the fall in TV demand around the globe as populations remain largely in lockdown, especially in Europe, they are now both determining factors in the TV market.

The TV industry is facing a series of contradictory drivers in that, while locked down, families have more time on their hands for TV viewing, However, a concern over immediate income and future finances plus a restriction on movement that prevents any kind of retail experience other than online purchases means that, for consumers, TV buying options are massively curtailed.

For the industry, the timing couldn’t be worse. Having shown off their 2020 TV lineups at CES in January, companies' more affordable mid range models would be hitting retail outlets during the Feb - Apr period. The higher end, more premium sets would then start shipping during May and June.

The problem is that, although manufacturing in China is starting to get back on track - it’s estimated to be 75-80 percent back to normal, though that varies by region and each region tends to have a manufacturing speciality - the supply chains have been caught out with components in the wrong places. Getting everything in the right place at the right time to kick manufacturing back off again is going to take a while to sort out and supply will therefore be affected.

The situation would be bad in any year but is exacerbated in 2020 because the marketing push for the Euro 2020 competition followed by the Tokyo Olympics would have been gathering pace around now, says Gray. This would have been accompanied by a promotional drive which would have seen brands’ 2019 models taking centre stage. However, with these high profile sporting events now postponed and the public not able to get to retail stores, that opportunity no longer exists.

The industry will, however, be unwilling to write off the components they have stuck in the wrong places around the global supply chain ready to become 100,000s of TVs. Although this looks like poor planning, this ‘just in time’ supply chain approach has been optimised over the last 20 years to squeeze costs down as low as possible, which benefits the end consumer price-wise but it does leave the supply chain somewhat vulnerable with few back ups when things go wrong. Going forward, Gray reckons companies may well re-assess the approach, becoming more risk averse and adding in extra redundancy ‘just in case’, leading to additional cost at the retail end of the market.

So with huge numbers of 2019 models still to shift as part of business plans to take advantage of a summer of sport, which now no longer exists, and a majority of 2020 models yet to be manufactured, the point at which companies switch to their new 2020 models has been thrown into doubt. Although some companies have announced official launches and availability in various markets (e.g. LG has officially launched its 2020 range of OLED and NanoCell LCD TVs in the UK and certain Samsung QLEDs are available in Europe via its webpages), Gray says mass produced numbers of new models might not hit the stores until the summer or even Sept/Oct.

Gray thinks the potential launch so late in the year could lead some brands to skip new models for 2021 completely, instead stretching their 2020 models to cover 18 months. Moreover, he postulates that future model launches could be affected by Covid-19 associated hold ups for up to two years as supply chains untangle and empty themselves of older inventory and R&D teams get back to facilities from which they have been restricted.

The next two years are further complicated since the 2020 promotional calendar will now shift into 2021 for the rescheduled Euros and Olympics, and 2022 will feature the World Cup in November. 2023 could well follow as a period of inventory adjustment and model transition.

“It’s going to be a really bumpy three years. I think that the whole product cycle is going to be far more independent between brands.. far more surprises... and it’ll be very interesting to see what happens,” Gray concludes.

Will the TV market fundamentally change because of the pandemic and its global effects?

Gray is circumspect but does indicate that previous crises in the last 10 or 15 years (e.g. after global economic downturns or after natural disasters) have seen periods of consolidation where companies with a weak financial footing are exposesd and fall victim to take overs from more robust competitors. It’s possible that companies that were already hedging their bets in the sector may decide now is the time to diversify, specialise, change tack or call it a day. Based on this pattern, there will almost certainly be a ‘day zero’ rebaselining effect once the worst of the Covid-19 outbreak is over.

From a retail perspective, there is some potential good news. Over the last 20 years, TV purchases in Europe have tended not to be linked to the overall state of the economy. Indeed, during the post 2008 global financial crash when Spain was experiencing up to 25 percent unemployment, 2009 returned a record year for TV sales in the country.

This is because a TV is viewed as a value for money item by consumers and fulfills an essential function as both entertainer and informer, so for unemployed workers at home, a TV is still a justifiable expense as well as helping fill the extra time suddenly available.

Additionally, Gray says if new technology has captured the public imagination then sales will tend to be (largely) healthy no matter the prevailing economic winds. Consumers will weigh up the options between a car, a holiday, a new kitchen and a TV and determine which one will bring the greatest long term benefit for the financial outlay. This was exemplified by the successful transition from CRT TV to flat screen TVs in the UK throughout the 2008-2010 economic recession.

Paul predicts that consumers could redirect their spending away from previous treats, such as eating out in restaurants, towards other areas and it’s possible that one of those areas will be a new TV. What may happen though is that while the absolute numbers of TVs sold in the long run may be unaffected, consumers may decide to hold some resources back and choose to get a model a rung or two below their original choice.

Typically, following periods of financial challenge there’s often a reduction in available credit deals from finance providers which may limit options, not only for consumer purchasing but also for brands looking to get retail deals to encourage sales too, so there are a number of factors which will influence the retail TV market going forward.

With a potential hold up in new models being released over the next 18- 24 months, is this an opportunity for R&D to really take off? Gray doesn’t necessarily think so. The pace of R&D has slowed over the last 5 years as most of the major technological problems have been addressed but the newer ones, involving next generation display technology or the delivery of 8K content to consumers homes, look to be trickier to solve. Therefore, companies may start to concentrate more on design, styling and form factor, something that companies such as Samsung with their The Frame, Serif and Sero models have been addressing for the last few years.

Other potential scenarios that Paul envisages include the thinning out of brands looking to make inroads into the European TV market. Currently there are about half a dozen Chinese brands in this position and it’s likely that only those with long term strategic patience and significant resources will be able to ride out the storm. In addition those TV companies with a 5 percent or lower share of the market may take the opportunity to reassess their position in Europe.

Since retailing has been so disrupted it will be those with stores with a strong online presence that will prove to be attractive to brands looking to form or continue partnerships going forward. If nothing else, the current crisis is making consumers more comfortable with online retailing.

And with further lockdowns a possibility, accompanied by further expansion and contraction of retail opportunities, Gray reckons it could be that retail fulfilment becomes the absolute differentiator rather than price. Up until now, the industry has been mainly driven by price and now there are a host of additional complexities which will play an important part.

As the industry starts to get back on its feet, the array of new factors that will shape and influence the TV market will start to become apparent, and Paul sums it up as follows, “risk and uncertainty are going to be part of everyday life from now on.”

Listen to the full interview below, starting at 12:20: