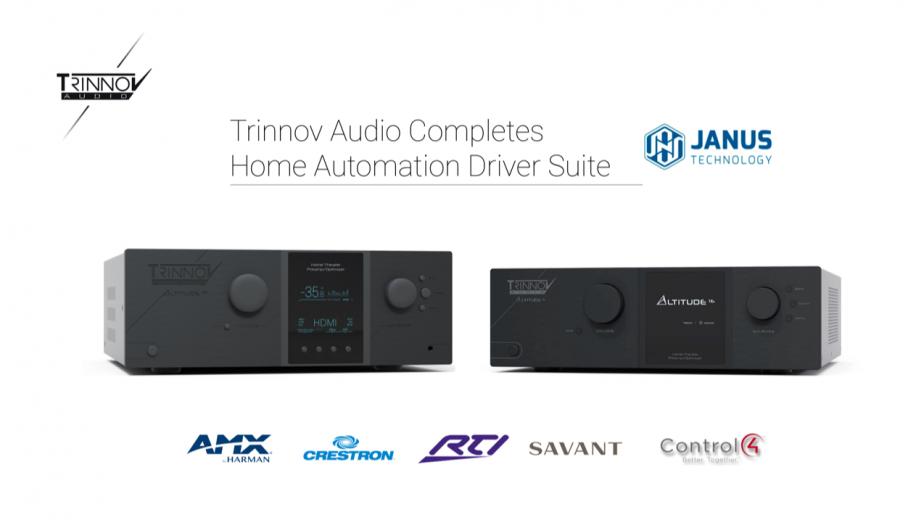 Released as part of its newly completed home automation suite of drivers, Trinnov has announced the availability of the Crestron Home driver.

The fully certified software is available now, free of charge, from Trinnov and its partner Janus Technlogy via the relevant dealer portals.

A pioneering player in immersive audio processing for the last two decades, Trinnov adds the Crestron driver to its line up of automation drivers as Crestron Home becomes an increasingly popular choice for home AV integration.

A simplified version of the full Crestron platform, Crestron Home is attractive to dealers and installers as a simplified but no less powerful alternative. It provides a quicker programming platform that's easier to modify making it suited to single room solutions, such as home theatres, or as part of a whole home control solution.

And with automation playing a key role in the delivery of the authentic home cinema experience, having the ability to control many different operations seamlessly at the touch of a single button makes the whole user experience that much more enjoyable and convenient.

The partnership between Trinnov and Janus is a number of years old and means the French audio specialists were in an ideal position to take advantage of Janus’s expertise in automation software delivery in order to implement Crestron Home control for its high end Altitude AV processors. This allowed Trinnov to concentrate on its own projects without diluting its own valuable R&D resources.

Richard Caton, the owner of Janus Technology commented , “We were pleased to be chosen by Trinnov Audio to develop their latest integration for Crestron Home.” He elaborated, “The solution we developed provides a simple integration of Trinnov into the standard AVR interface in Crestron Home, and complements this with an extension driver, allowing the end user more bespoke control of the powerful advanced features available in the Altitude platform such as Preset and advanced Sound mode functionality.

“We look forward to working with Trinnov and supporting their dealers with their integrations, and extending the capabilities our drivers as the Altitude platform and Crestron Home evolve.”

Further information on the drivers can be found at Janus Technology.