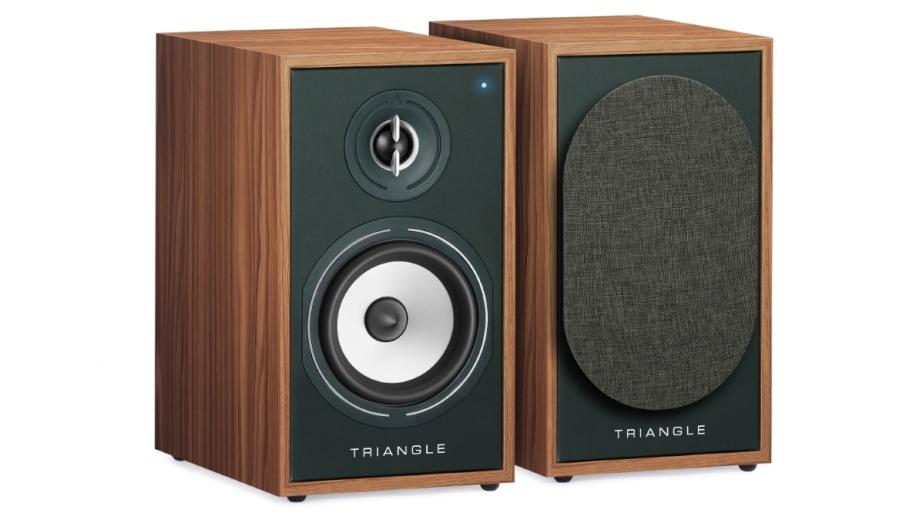 Triangle has unveiled two new ‘Active’ additions to its Borea line-up of speakers, with the BR02 BT and BR03 BT bringing wireless connectivity to the family.

We previously reviewed the original BR03 speaker a couple of years ago, plus it’s bigger floor-standing sibling, the BR08, some nine months back. While these new models are largely similar to their predecessors, these new ‘Borea Active’ bookshelf editions bring low-latency Bluetooth 5.0 aptX to the mix with audio processing up 24-bit/48kHz.

This opens up wireless compatibility with a good number of sources, from your phone to your TV and Bluetooth-enabled turntable (the speakers have an integrated MM Phono preamplifier), which Triangle says provides “a complete, all-in-one, ‘just add smartphone’ system that delivers a sonic performance, relative to the price tag, that is exceptionally nuanced and impressive.”

The BR02 is the slightly smaller of the two BT speakers, with two 50W amplifiers, a 25mm tweeter and 5.25-inch midrange/bass driver. The BR03 ups the amplification to 2x 60W and has a larger 6.5-inch mid-bass driver, along with the same EFS fabric dome tweeter and rear-ported design, giving it greater coverage (Triangle recommends an area of 40 square metres, compared to the BR02 BT’s 25m). As well as their all-new wireless options, the speakers also come with optical and coaxial digital inputs and have a dedicated output for hooking up a subwoofer, along with mini-jack and analogue RCA inputs.

The new speakers certainly look the part, with a ‘retro-chic’ design and a variety of Black, Cream, Oak and Light Oak finishes on offer to suit your personal taste, set-up or décor. Coupled with the experienced manufacturer’s trademark style and craftsmanship, including use of a DVAS system to absorb vribrations, the company says its new arrivals “are designed to delight both the ears and the eyes.”

Both of the Triangle BR02 BT and BR03 BT speakers are available now, priced at £499 and £599 per pair respectively (with stands an optional extra), with more information, including the company’s regional retailers, on the Triangle website.