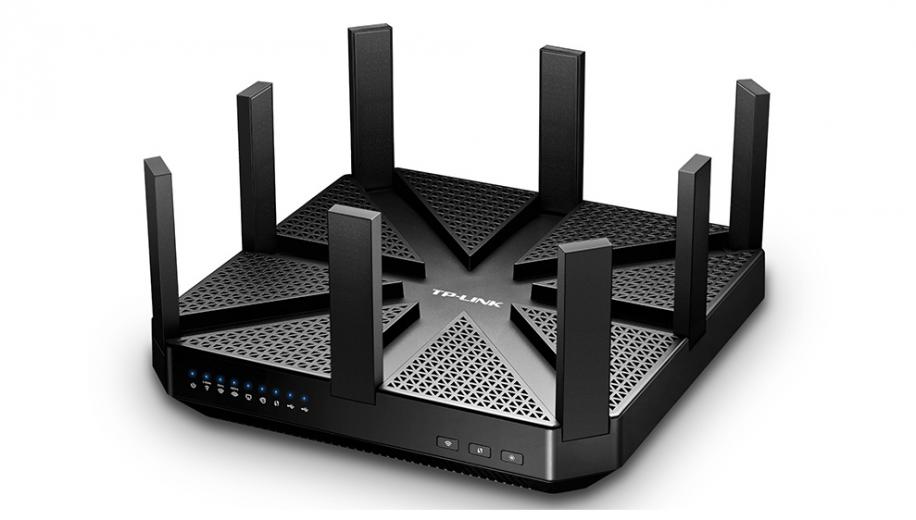 Priced at £349, the Talon AD7200 is powered by the latest 802.11ad and 11ac MU-MIMO solutions from Qualcomm. In tests and typical daily usage trials, carried out by the manufacturer, the new 60GHz band of spectrum added by the 802.11ad protocol, means that users can achieve wireless transfer speeds of up to 4,600Mbps although, in practice, three or more 1×1 MU-MIMO-enabled client devices must be connected to achieve fastest performance. This, however, is nearly three times the previous maximum transfer speed of 1,733Mbps achievable on the 5GHz band used by 802.11ac routers.

As examples, TP-LINK says, consumers could now download a feature-length 4K HD video in around four minutes or transfer 1000 photos to a storage device in approximately five seconds, without any concerns about network interference.

The Talon AD7200 features a unique eight antenna design, with high-powered amplifiers and Dynamic Beamforming Technology to supercharge the Wi-Fi signal, so that all smart home, work and play devices should remain connected to the network at all times.

Nelson Qiao, country manager at TP-LINK UK, says: “TP-LINK is committed to providing the most advanced connectivity to homes. With ultra-high speeds and increased network capacity, the Talon AD7200 Multi-band Wi-Fi Router will power the UK’s most bandwidth demanding households with ease.”