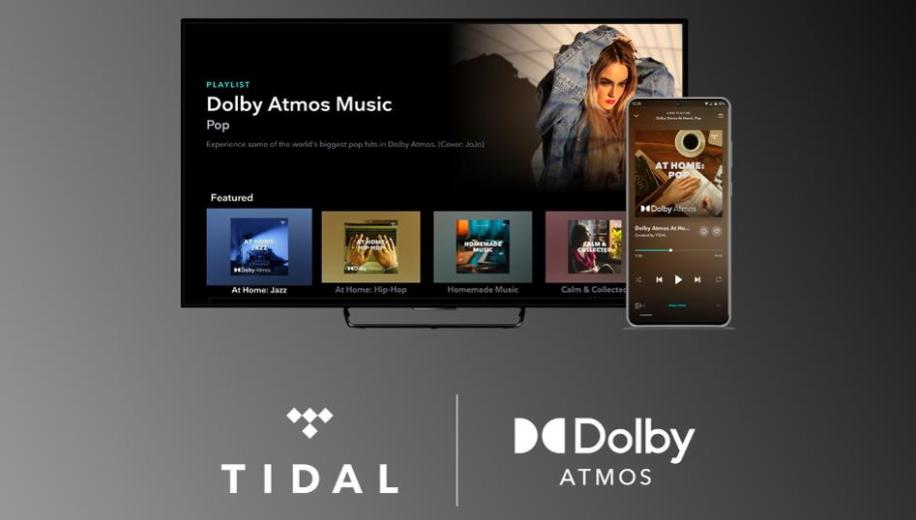 Up until this point, it has only been possible to listen to Dolby Atmos Music using Amazon’s Echo Studio speaker with the Amazon HD service but given the possibilities afforded by a full surround sound setup using separate speakers for front, rear and overhead channels, making Dolby Atmos Music available for music fans’ existing Dolby Atmos setups was always going to be the optimum approach.

Now that option is here with Tidal and the immersive benefits of music specially mixed to surround, and even move around the listener in 3D space will be available for those with Atmos compatible hardware such as AV receivers, soundbars and TV’s which are connected to a supported streaming device.

An update to the Tidal app will start rolling out from today’s announcement and the streaming services’s website lists the following streaming devices as compatible:

In addition, Dolby Atmos enabled Android TVs from Philips and Sony will also have access to the Tidal software so can stream directly to their internal Atmos enabled speakers or to an eARC connected sound bar or home theatre speaker system.

The supported TVs are :

Additionally, Dolby Atmos Music tracks can be enjoyed on Android phones that feature Dolby Atmos support, such as the newer Samsung, Huawei and Sony models, either through the internal speakers or via headphones.

Tidal and Dolby Labs announced their intention to collaborate back in Dec 2019 and the streaming service has spent the intervening time building its library of Dolby Atmos Music compatible content.

In order to access Dolby Atmos Music tracks on Tidal, you will need to be subscribed to the service’s Hi-Fi tier where compatible songs can be found by searching under the category “Available in Dolby Atmos,” or by performing a general search for “Dolby Atmos.” Tracks will be identified by a Dolby Logo along with an icon that confirms the version of the song being played is indeed the Atmos variant.

Among the albums currently available in the format are Ariana Grande’s 7 Rings, The Weeknd’s After Hours, and Shawn Mendes & Camila Cabello’s Señorita.

At CES 2020 we spoke to Javier Foncillas from Dolby Europe about the Dolby Atmos Music format and the interview is below.

Tidal is pushing ahead of its streaming competitors with this latest innovation which joins support for the MQA format as well as Dolby Atmos Music’s rival Sony’s 360 Reality Audio format.

A free 60-day trial has been launched for new subscribers as an added incentive to try out Tidal's new service.

Drop into the chat thread and let everyone know if you’re a Tidal subscriber who’s now benefiting from Dolby Atmos Music on your home cinema system. We’d love to hear what you think of the surround sound format on your favourite songs.