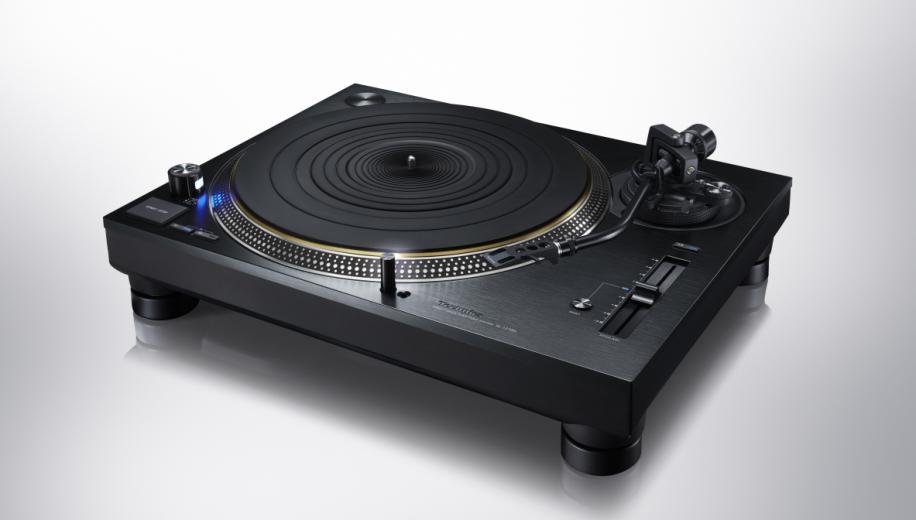 Perhaps somewhat inevitably due to the runaway success of last year’s SL-1210GAE, Technics has announced that the ‘none more black’ SL-1210G direct drive turntable is coming next month.

Released last year to celebrate the 55th anniversary of the company, the minimalist black limited edition SL-1210GAE sold out almost immediately, giving a not so subtle hint that there were plenty of turntable enthusiasts out there who were keen to get their hands on one. A quick top up with a second, even smaller production run, still wasn’t enough to satisfy demand.

Essentially a black version of the company’s silver finished SL-1200G, (as was the SL-1210GAE) the newly announced SL-1210G and its shinier compatriate represent the culmination of the Technics 1200 Series culture.

Given that there’re no additional technical features added to the SL-1210G, the specification run-down matches that of the SL-1200G and both benefit from the iron-coreless direct drive motor which was introduced after the Technics brand was revived in 2014. This motor assembly with its twin rotor construction achieves an ultimately stable rotation with powerful torque that is free of ‘cogging’, which is where small vibrations caused by the rotating deck degrade the sound.

The tonearm is made from cold-drawn magnesium for high damping effect while the tonearm bearings use a cut-processed housing to ensure accurate reading of the information etched in the record’s groove.

The three layer platter is individually adjusted for balance while the high-rigidity cabinet features four layers, a heavy aluminium top plate and high-damping silicone-rubber insulators to effectively shut out vibration - all weighing at around 12kg.