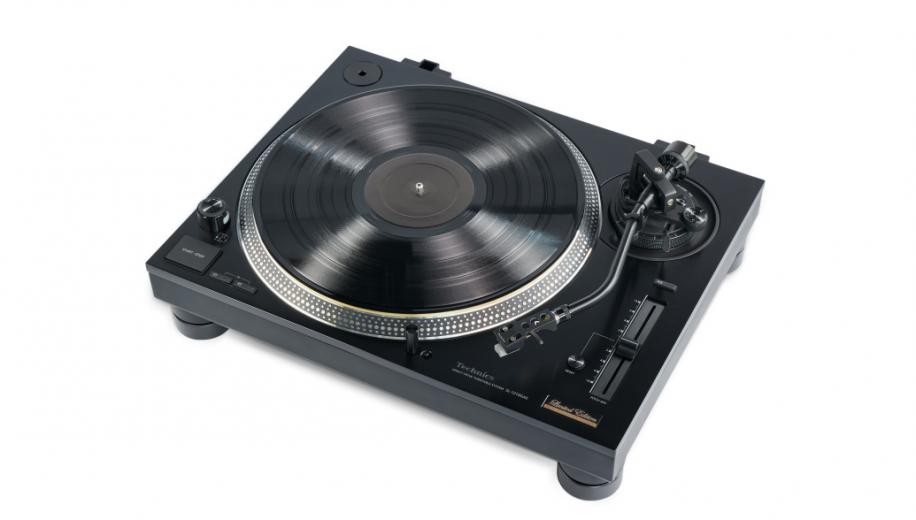 Technics are adding a further 210 units of its limited edition SL-1210GAE all black turntable to the initial run of 1000 to celebrate its 55th anniversary.

Announced back in May, the special anniversary SL-1210GAE model was a way for Technics to mark its 55th year and also include 1000 of its many, many fans in the celebration. Of course, it’s no real surprise that the 1000 unit run was snapped up almost immediately and so Technics were left with a decision to make in the wake of overwhelming demand. How to satisfy the clamour for more availability while still retain the prestige of the original 1000 pieces?

The answer appears to be to add 210 further units to take the global total to 1210 - a number whose significance is obvious when the model number is taken into account.

Frank Balzuweit, Business Development Manager, Technics Europe, commented,  “We’ve been swept along with the excitement surrounding the special edition all-black Technics SL-1210GAE turntable. It’s great to see that the love for Technics remains undiminished, 55 years into our story. The limited edition sold out globally almost as soon as it was announced. Demand from Technics enthusiasts for a larger allocation was unrelenting, but we had to consider those who had already committed to buy one of the originally intended, highly desirable 1000 pieces.

“Striking the right balance between the two groups of Technics fans was important to us. Making more turntables, to go some-way towards meeting demand but, crucially, preserving the integrity of the limited edition. The solution, to hand-make an edition of 1210 pieces achieves this balance, whilst introducing beautiful synchronicity. Whether you’re lucky enough to own number 1 or 1210 you’ll be sure to have a very special turntable to celebrate our 55th anniversary. But hurry, the extra handful of turntables is destined to sell fast!”

New and exclusive design elements including a specially developed αGEL insulation within a high-density zinc die-cast housing to reduce unwanted vibrations, and the option to turn off the strobe light effect to allow the listener to better concentrate on the music.

In addition, the SL-1210GAE will exclusively utilize a specially tuned, Moving Magnet (MM) type JT-1210 Nagaoka pickup cartridge which employs a Boron cantilever. Technics says this is a sneak preview of an all new range of Nagaoka cartridges, the first in decades, due soon.

Why not let us know in the comments section if you tried to get hold of one of these sought after limited edition models?