What better way to celebrate your birthday than to give 1000 of your friends a special gift. 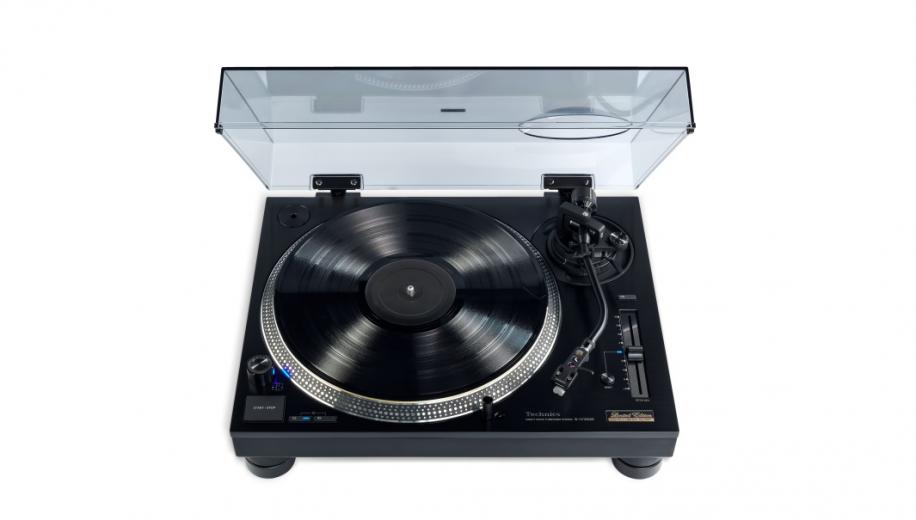 To celebrate its 55th anniversary, Technics has announced the limited edition SL-1210GAE turntable and also the development of a new reference-class integrated amplifier, the SU- R1000.

SInce 1965, Technics has been developing speaker systems, amps and audio players to give music fans around the world a chance to savour their favourite songs and artists and the company plans to mark its 55th birthday with something special.

The special edition, all-black, direct drive SL-1210GAE turntable will be available in a limited run of 1000 units, with 700 of those available to the UK and Europe. Moreover, to add to the exclusivity of these models, they will feature a special badge with inscribed serial number to guarantee its limited edition authenticity.

Based on Technic’s iconic SL-1200 turntable and more specifically the SL-1200GAE which appeared at launch, this special edition version features other new design elements including a specially developed αGEL insulation within a high-density zinc die-cast housing to reduce unwanted vibrations, and the option to turn off the strobe light effect to allow the listener to better concentrate on the music.

A first time collaboration between Technics and Nagaoka, renowned for high end styli and pickup systems, has resulted in the SL-1210GAE being exclusively equipped with a specially-tuned Moving Magnet (MM) type JT-1210 cartridge which employs a Boron cantilever. Technics says this is a sneak preview of an all new range of Nagaoka cartridges, the first in decades, due soon.

The SL-1210GAE also uses a coreless direct drive motor (with no iron core) which helps eliminate rotation irregularities called "cogging."  Minute vibrations during rotation are further reduced by the twin-rotor construction which lessens the bearing load whilst maintaining high torque.

The turntable platter itself features a three-layered construction with a rigidly combined brass top-plate, an aluminium die cast core platter and a solid rubber coating covering its entire rear surface which helps to eliminate unwanted resonance

A comprehensive sequence of balancing procedures is undertaken at the factory to ensure even weight distribution across the turntable in order to counteract excess vibration or rotational noise.

Additional features include a lightweight magnesium tonearm - in black for the first time, brass-milled and gold-plated phono terminals and ground terminals and a four-layered cabinet construction topped off with a hairline-processed, 10-mm-thick black top panel of aluminium to ensure high rigidity, superior build and a pleasing finish.

In addition, the company is developing  its first reference-class integrated amplifier, the SU- R1000 which is designed to handle various high-quality audio sources and brings the best performance from any speaker.

The new amp will feature Technics’ established digital amp technologies, such as LAPC and the JENO-Engine as well as incorporating  the brand new ADCT (Active Distortion Cancelling Technology) which eliminates distortion in the power stage.

Also on board will be the new Advanced Speed Silent Power Supply technology which contributes to higher sound quality by enhancing the load stability of the amplifier.

Other innovations destined for the SU-R1000 include a Calibration Record which allows for the measurement and compensation of the cartridge’s crosstalk and frequency response using Crosstalk Canceller and Response Optimiser.

Are you a Technics turntable fan? Let us know in the discussion thread if you fancy getting your hands on the limited edition SL-1210GAE