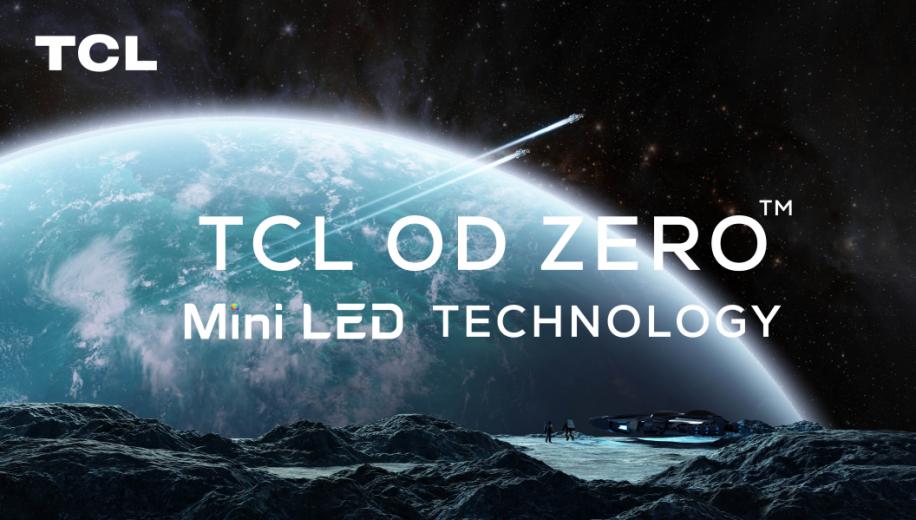 TCL has moved its Mini-LED technology forward once again and used its CES 2021 presentation to reveal the latest version - the ultra thin, OD Zero Mini-LED.

Having first introduced its Mini-LED TVs at IFA 2018 and launched the Vidrian iteration of the technology at CES 2020, this year’s digital only CES has seen the world’s second largest TV shipper (at least for Q2 2020) reveal the next generation OD Zero technology that will feature in the company’s 2021 lineup of high performance, ultra-slim Mini LED TVs, launching later on.

As was hinted at last year, TCL’s ongoing Mini-LED development was leading towards even slimmer panels and this ultra slim profile has been achieved.

According to the company, OD Zero technology uses smaller LEDs and a brand-new lens design with more light sources. This has allowed the optical distance between the Mini-LED backlight layer and the LCD display layer (diffuser plate) to be reduced to 0 mm, to create an ultra-thin high-performance backlight module.

By leveraging its expertise in micro-meter class active-matrix LED backlights, skilled optical stack optimizations and its vertically integrated supply chain, the company believes its Mini-LED is at the forefront of display technology going forward.

Kevin Wang, CEO of TCL Industrial Holdings and TCL Electronics, stated, “We believe that Mini-LED technology will continue to shape the TV industry and by pioneering the use of this technology we are, once again, elevating display quality.” He added, “After deploying previous versions of Mini-LED already, in 2021 we will launch the world’s first OD Zero Mini-LED TV as part of TCL’s endeavor to let people around the world ‘Experience More’.”

The OD Zero generation of Mini-LED displays will deliver high luminescence, a new level of High Dynamic Range and a richer colour layer enabled by the reduced distances between the light source and the diffuser plate. This minimises optical crosstalk, provides uniform brightness and results in improved contrast and less optical halo effect.

Coupled with the thousands of dimming zones that Mini-LED can deliver, the precision in contrast control leads to an improved image consisting of deep blacks and brilliant whites.

Another advantage of the zero mm distance between the light source and the panel is the new level of thinness possible in an LED LCD TV, which before OD Zero Mini-LED technology was just not possible.

With 2019’s X10 and 8 Series and subsequent 2020 6-Series Mini-LED models not reaching the UK, it will be interesting to see whether we are luckier with the TCL’s OD Zero models.