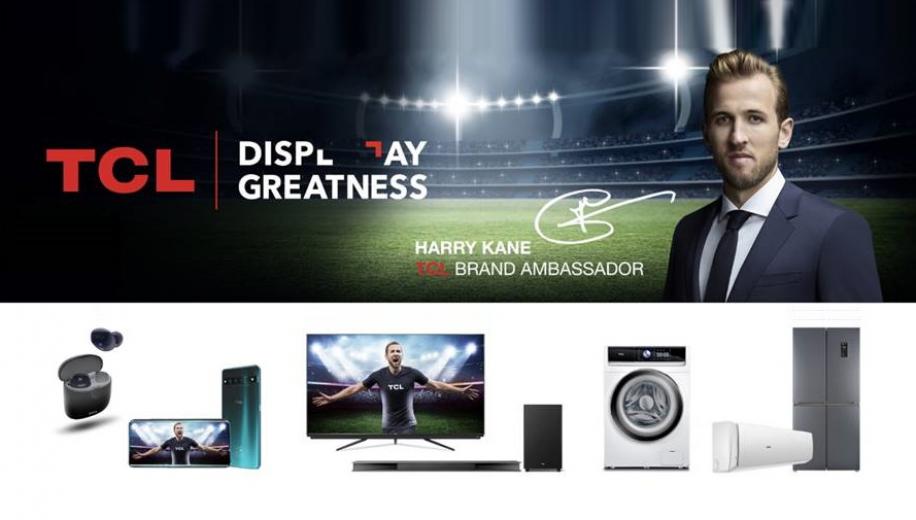 The team up will see world renowned Kane represent the fast growing consumer electronics company in both its online and offline marketing and exclusive content featuring Kane is promised.

The recent restart of the football season after the Covid-19 delay has signalled the partnership announcement, with TCL strengthening its position as a leading global brand for television and reiterating its long-standing passion and commitment to excellence through sport. Indeed, Brazillian footballing superstar Neymar Jr has previously held the position of global ambassador.

The selection of Harry Kane as Brand Ambassador underpins TCL’s position in the field of consumer electronics, particularly in TVs, where it sees the game changing leadership qualities of the internationally recognised sportsman and its own philosophy of ‘Display Greatness’ as dovetailing perfectly. TCL’s retains control over the entire production process such that technical innovation, high quality products and affordability are all embedded.

The partnership will run until July 2021 and Kane will create exclusive content in the form of live appearances and behind the scenes footage which will be shared across relevant social media channels.

Of course, TCL sees its Smart Android TVs and soundbars as perfect for viewers to immerse themselves in the latest football clashes but the range of TCL products that Kane will represent extends to the 10 Series smartphones and home appliances too - after all you’ll need to call your mates to discuss the footie results and the snacks have got to come from somewhere!

Speaking on the partnership, Harry Kane said, “I am thrilled to be working alongside the TCL EU team. During these uncertain times, it’s great to be working with a brand that is committed to quality, excellence and in delivering great, positive experiences for fans.”

Bernie Chen, Country Manager of TCL UK, commented, “TCL has long been a brand committed to quality and innovation, so it was only natural we partner with someone who embodies these values.” He continued, “We are thrilled to work with Harry, who represents the highest calibre of English football, continuing our commitment to great sport and entertainment here in the UK.”

Harry’s been a busy chap with the recent gender reveal video for his third child hitting the internet recently. Of course what would have been an even better end to the video is a TCL TV dropping out of the inflatable football!