A move to self emissive OLED products beyond 2023 hinted at. 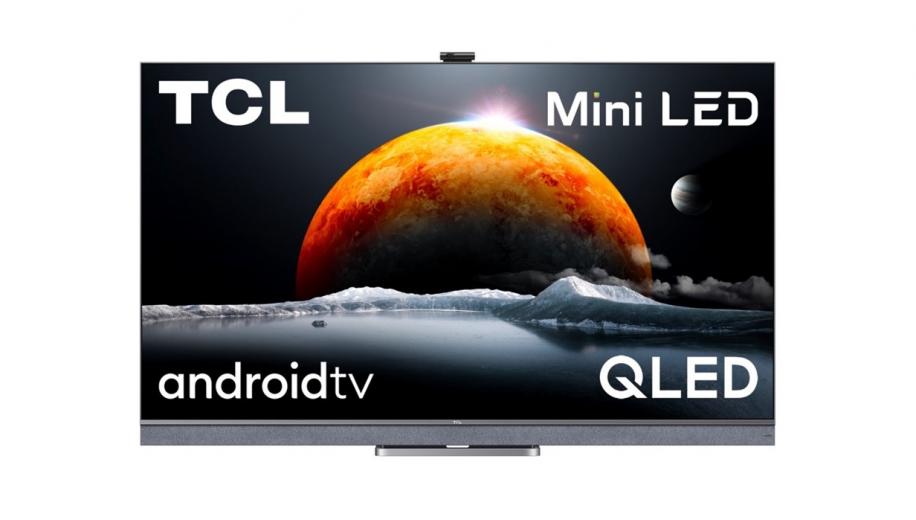 TCL’s recent European product launch saw the new C72+ and C82 mini LED TVs confirmed for the UK market as the company moves to grow in the sector during 2021.

At the core of its 2021 TV models will be three new series, the C72, C72+ and the C82, all featuring Quantum Dot display technology to deliver 100 percent colour volume. The QLED displays also use AiPQ and deep learning and are able to recognise and classify content type for a life-like image.

Where the C82 takes a step up is with the addition of Mini-LED backlighting and the implementation of 4K HDR Premium rather than the C72 /C72+’s 4K HDR Pro.

TCL is invested in Mini-LED TV technology, having been the first to bring it to the market in 2019. With its thousands of mini-LEDs and hundreds of dimming zones (exact numbers were not revealed) the C82’s Mini-LED display is able to deliver 20 stops of dynamic range resulting in simultaneous details in dark areas and specular highlights in brighter parts of the image.

The company feels the use of Mini-LED backlights in the C82 series outperforms OLED in terms of improved brightness and colour volume and there’s also no danger of burn in. However, in the post-presentation Q&A session, the company did admit that its latest Fabrication plant in China would be capable of making printed OLED panels after it comes online in 2023, so the company hasn't ruled out the self emissive panel technology in the future.

Given TCL’s affinity for sports, the C82 and C72+ series can handle fast moving images courtesy of a native 100Hz display, with the C82 adding vertical scanning to make fast moving objects very sharp. The C72 features Motion Clarity for a smooth picture and improved motion.

Now that streaming services are delivering more content in a range of HDR formats, the C series TVs can handle all formats available including HDR10, HLG, Dolby Vision and HDR10+. In addition, 4K HDR Dolby Vision IQ is available on the C72+ and C82 models and optimises the picture quality, adapting to the room’s lighting conditions.

Onkyo branded speakers adorn all the C72, C72+ and C82 models with a 2.1 system available on the C82s. The TVs all support Dolby Atmos with audio processing helping to deliver the 3D surround format from just the two speakers.

Gaming features in the form of Game Master mode are present on the C72 which delivers HDMI 2.1 eARC and ALLM (Auto Low Latency Mode) and, on top of that, both the C72+ and C82 series step up to Games Master Pro mode to deliver HDMI 2.1 48Gbps which allows faster refresh rates - including 4K at up to 120 frames per second - plus VRR (Variable Refresh Rate) which eliminates stutter.

The C82 Series has a magnetic 1080P wide angle video camera that works in concert with Google Duo for large screen video get-togethers with friends and family. Moreover, the TikTok TV app has been available since the end of March and can be used on all upcoming TCL 2021 TVs as well as some existing models too.

At the entry level end of the TV spectrum sits TCL’s P and S series of TV which are suitable for streaming while the flagship X series features cutting edge technologies such as 8K and tends to be released in China first. The latest X12 model may make an appearance in Europe later in the year but nothing was confirmed.

According to TCL, the C82 series of Mini-LED QLED TVs will be available in the UK from “the second quarter of 2021” and will feature Freeview Play.