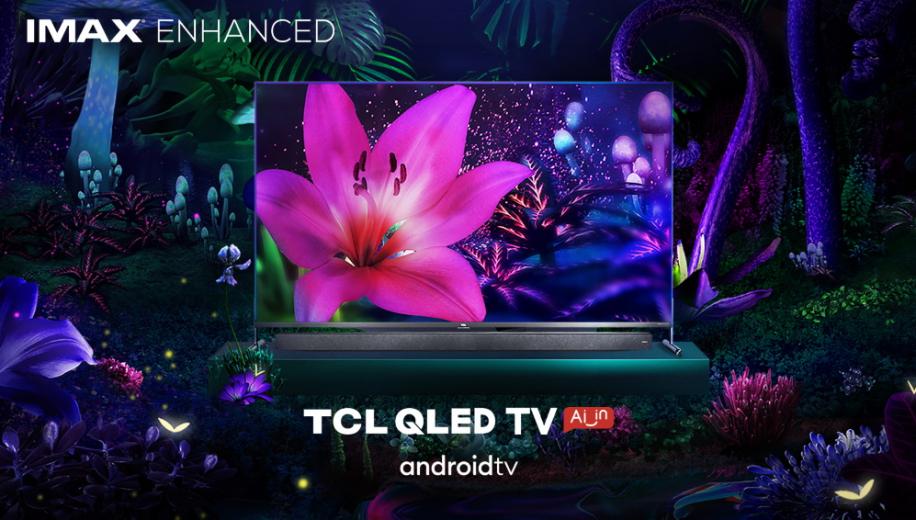 TCL has announced that its X915 range of Android QLED TVs has gained IMAX Enhanced verification for its audio visual performance.

In meeting the performance standards laid down by IMAX and DTS, TCL’s X915 TVs have proved they meet the criteria for playback of IMAX Enhanced mastered content in the home environment.

Indeed, the IMAX Enhanced website explains that  the only way to experience IMAX's signature picture, sound and scale in the home is through IMAX Enhanced certification which 'combines digitally remastered 4K HDR content and DTS audio technologies with best-in-class consumer electronics products and streaming platforms'.

In addition to high end images, the X915 comes equipped with  a sound system featuring hardware from Onkyo and sound technology supported by Dolby Atmos immersive audio. Onkyo themselves have audio products that have been awarded IMAX Enhanced certification although it’s of note that the DTS:X surround sound format, which is included in the IMAX Enhanced programme, is not supported in the X915.

Kevin Wang, CEO of TCL Industries Holdings Co., Ltd. and TCL Electronics, commented, “It is our absolute pleasure to gain recognition and partner with such an elite program as IMAX Enhanced. TCL Android QLED TVs have met the highest level of standards, and ensure the best color, contrast, clarity and sound on the market.”

TCL is one of only two TV brands to meet these standards (Sony is the other major player with its high end OLED and LCD TVs) although there are numerous audio based firms such as Arcam, Denon, JBL, Onkyo, Marantz, McIntosh and Definitive Technology that have been awarded the IMAX Enhanced status.

The 75-inch X915 is available in parts of Europe arriving "later in other regions."