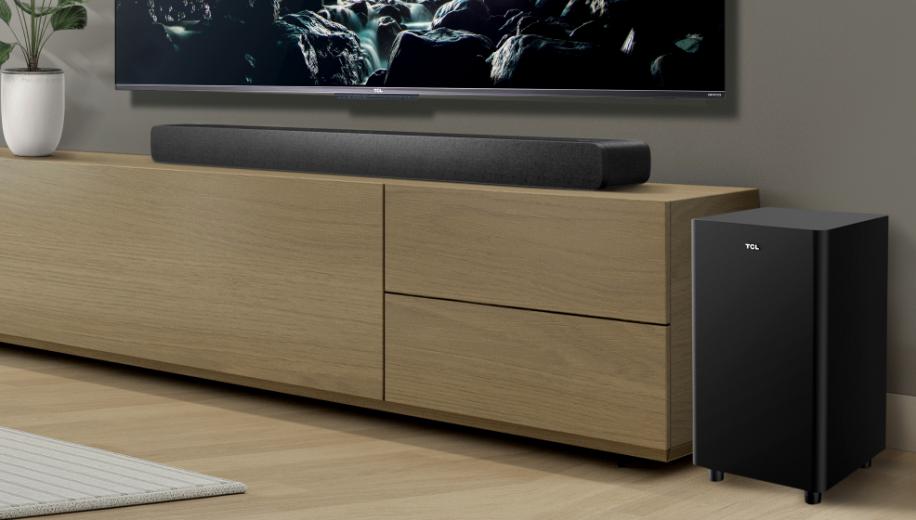 TCL’s recent online European product event saw the company add to its range of 2021 soundbars with the launch of the 3.1.2 channel TS8132.

First announced back in January, the TS8132 is the latest home cinema audio experience from TCL and continues the company’s support for Dolby Atmos in its soundbars.

It joins the already announced TS6100 and TS8111 models and is a few rungs further up the audio ladder for 2021, marking the stepping off point before the TS9030, which is where TCL introduces its Ray-Danz 3.1 Dolby Atmos soundbar with its innovative Acoustic Reflector Technology.

The TS8132 comes with a compact yet powerful wireless subwoofer and eight speakers to deliver its Dolby Atmos soundstage.

As well as delivering immersive movie and TV experiences, the TS8132 offers the opportunity to act as the living room’s audio hub with Chromecast built-in, Works with Apple AirPlay, Works with Hey Google and Works with Alexa connecting to all popular audio ecosystems.

So it’s therefore possible to play and control music on your soundbar, or in multiple rooms, from any device with Google Assistant built-in, or from your iPhone, iPad, HomePod, or Apple TV by a simple tap or by asking Siri.

Since the TS8132 can also connect to the home Wi-Fi network and is Bluetooth compatible, it’s possible to stream music to the soundbar from home computers, network drives and Bluetooth enabled devices.

The TS8132 features HDMI with eARC (enhanced Audio Return Channel) to make connecting and using the soundbar with your TV easier than ever before with just a single cable. There’s support for all audio formats plus Dolby Vision compatible 4K pass-thru as well. For TV’s without compatible HDMI ports, there’s also an optical connection available.

For a more streamlined look, the TS8132 can be wall mounted using the included wall-mounts.