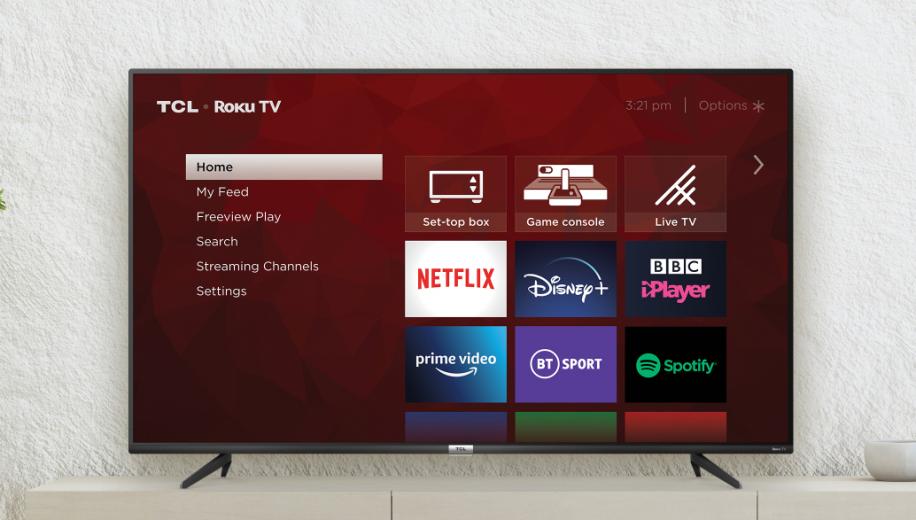 TCL has announced the launch of new HD and 4K TVs based around Roku’s streaming OS in the form of the RS520K and RP620K ranges.

Based on GfK data, TCL was the fastest growing TV manufacturer in the first quarter of 2021 and its 2020-inked global partnership with Roku - which itself recently racked up 53.6M active accounts in the same period - has led to the upcoming UK launch of two new series of Roku based TVs.

The UK is the first European country into which TCL is launching its Roku smart platform based TVs and both the RP620 4K UHD and RS520K HD models support HDR Pro which uses Dynamic Colour Enhancement through 3D LUT technology to deliver vivid colours for all signal types including HDR10, HLG and SDR.

Both series come with an integrated Freeview tuner and Freeview Play to cover live broadcasts as well as on demand and catch up services.

The RP620 has enhanced picture quality thanks to its 4K UHD resolution and it offers advanced UHD upscaling for lower resolution sources and features the Ultra Clear Engine to address any artefacts created during the upscaling process. In addition Dolby Vision support is present and takes advantage of streamed material that supports this dynamic metadata HDR format from Disney+, Netflix and Apple TV, all of which are included with the Roku OS.

The RP620 also supports Dolby Atmos and will pass the 3D object based sound format to a compatibe soundbar via eARC for a full surround sound experience.

Bernie Chen, TCL’s UK Country Manager said: “I am thrilled to be launching TCL Roku TVs in the UK. The combination of our affordable premium TVs with Roku’s operating system, offers consumers excellent picture quality and ease of use, alongside a huge variety of features and streaming channels.”

As well as all the main streaming services, the Roku platform provides access to Prime Video, NOW, BT Sport, BBC iPlayer, ITV Hub, All 4, My 5 and many more. Moreover, the recent launch of the Roku Channel featuring 25,000 movies and TV episodes alongside Roku Originals, which includes 30 high quality programmes from Quibi (with more coming soon), gives UK viewers an impressive range of content to choose from and all for free.

The RP620 and RS520 feature Roku’s latest OS10 and the streaming company states that it delivers two updates per year to add new up to date features and improvements.

The customisable home screen puts a viewer's favourite entertainment all in one place alongside a fast search engine making it easier than ever to find and watch films and shows. It’s also easy to access external inputs such as set top boxes, game consoles or an antenna from the simple home screen.

Arthur van Rest, VP International at Roku, explained, “TCL was one of the first TV brands to embrace the Roku OS and together we have created numerous award-winning TVs with great picture quality and ease of use.”

The new TCL Roku TVs will be available online from Currys in June at the following RRPs:

UK consumers can register their interest now at Currys.co.uk and receive a £20 discount voucher code.