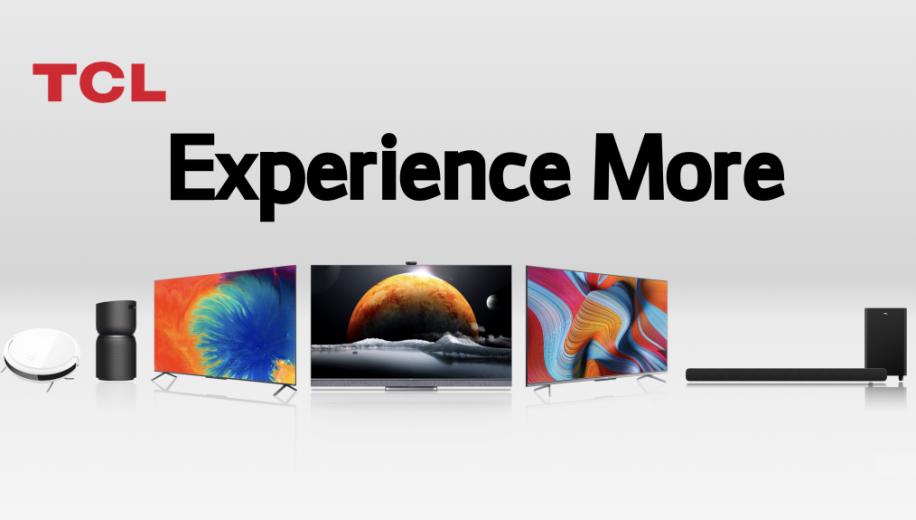 We’ve already reported on TCL’s 4K TVs expected to come to UK viewers later in the year, which include the entry level 4K HDR P725, the QLED C725 and (hopefully) the Mini-LED C825 model. The C825 is interesting because, while it doesn’t boast the company’s latest, 3rd generation, OD Zero Mini-LED technology, it would mark the first time one of its Mini-LED TVs has been released in the UK.

As far as the audio end of home entertainment goes, TCL has been releasing soundbars for a few years now, especially in the US where it is a major player in the soundbar market with is Alto range of products.

While its North American product specific CES online presentation provided details about the new Alto R1, the 3.1.2 channel Alto 8e and the Alto 82i, another press release has provided a few details of a soundbar which is more likely to make its way to UK shores - the TS8132.

TCL is also revealing its new TS8132 soundbar, which can satisfy any user's auditory requirements and takes home entertainment to a new level. The TS8132 is a Dolby Atmos-enabled soundbar using a 3.1.2 channel configuration with a maximum audio power of 350W.

It provides a great immersive sound experience with enhanced dialogue and speech intelligibility, making every user part of the action with the help of dedicated center channel and impressive effects through the two vertical channels, and a powerful wireless subwoofer.

There’s no further information regarding, release date, territory or price.

This ensures soundbars use Roku’s proprietary audio technology enabling seamless wireless and clutter-free connection, improved audio and video synchronization and control of both sound and image via a single remote.

Roku has recently become the number one streaming platform provider for TV manufacturers in the US and industry partners may well be keen to get further on board with the Roku TV Ready programme. TCL now appears to be expanding its existing collaboration with Roku and the result is the Alto R1 wireless soundbar. Whether we see this in the UK is another matter.